After a storm night and a cat, who decided to wait for the rain in my tent and then meowed all over my ears, because she was not allowed into the inner tent or even into my sleeping bag, I can’t really get into action this morning. And with my GPS, I’m at war again. I think there are better ways to get me through Wroclaw. But maybe I’m wrong too. I can’t reproduce it anymore, because I don’t think about switching on tracking until after seven kilometers. After 20 km I am still not out of town, but at a Cukiernia (a pastry shop), which is also a Caviarnia (a café), so not just a Piekarnia (a bakery). Anyway, I’ m having a very tasty plum cake with cappuccino. 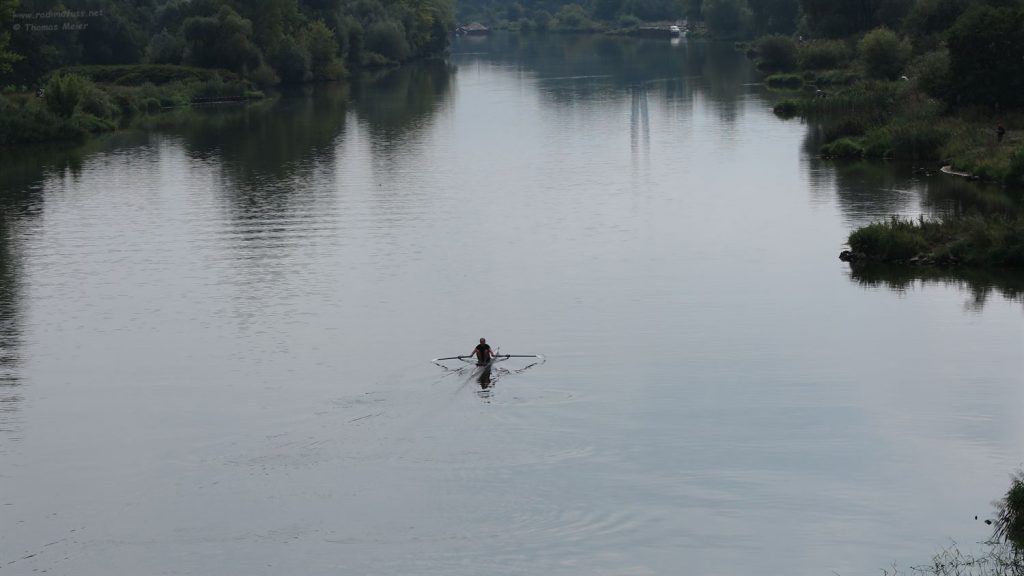 Three km after the break I am out of Breslau. Actually, I thought I’d ride along the Oder today, but after crossing it three times in Wroclaw, that’s it. But the plain slowly becomes wavy, in the distance a mountain shows up, which I am driving towards today, until I pass it in the afternoon. It is the Ślęza or Sobótka, in German the Zobtenberg and with a height of 718 m a landmark of Lower Silesia. Otherwise, the landscape reminds me of the Lower Saxony mountains. 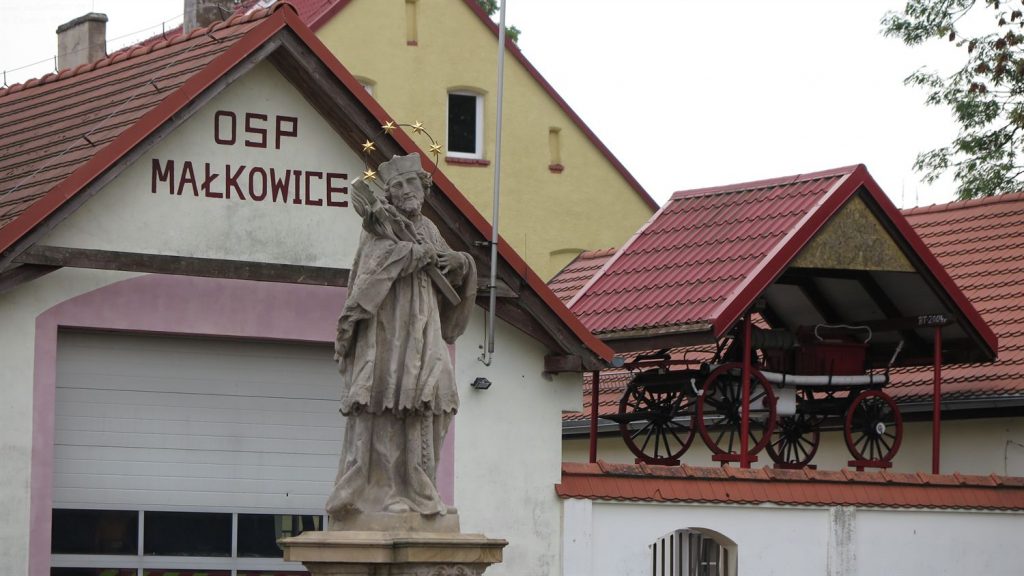 The fire station is well protected – what else can go wrong here? 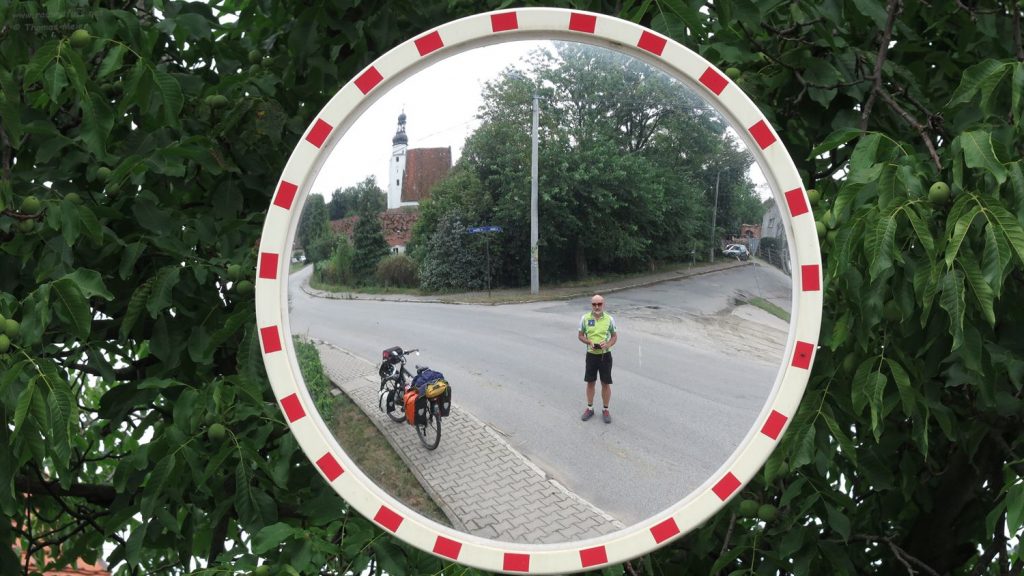 Self-portrait on the road 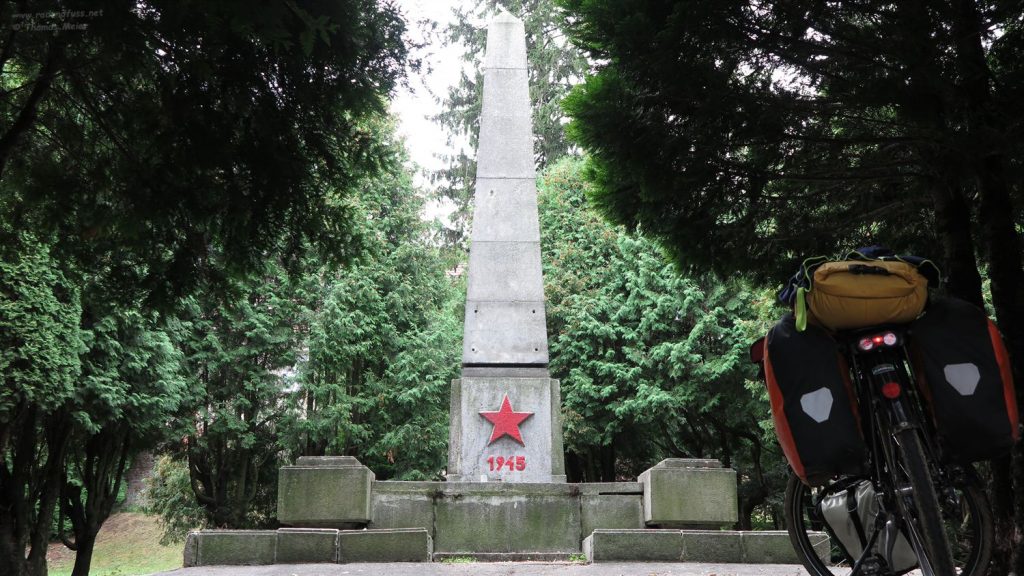 This must have been a Soviet memorial. Only the fortifications can be seen from the plaque, but the star is freshly painted! 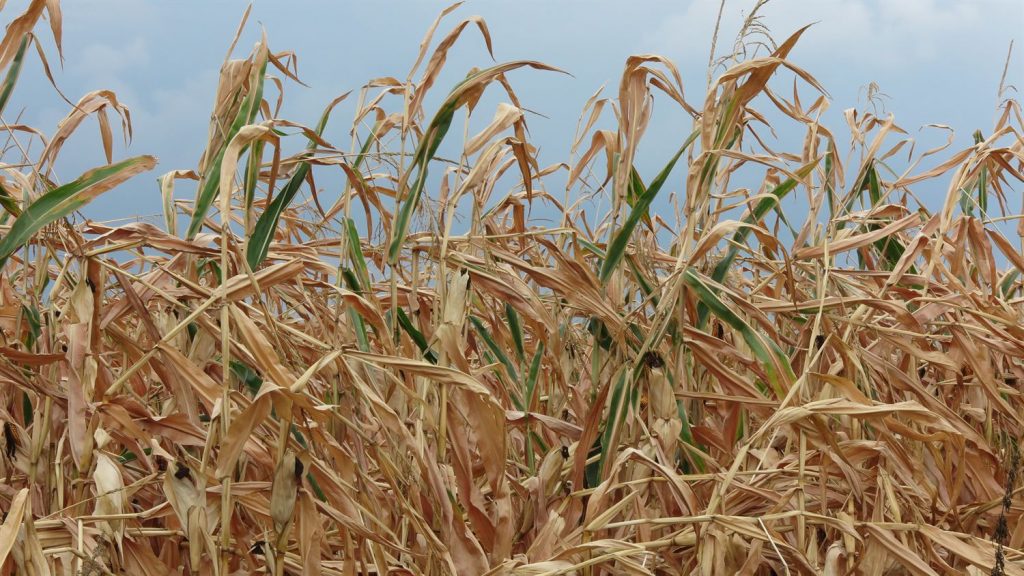 In Poland the summer was probably not as bad as in Germany, but the corn is also too dry.

It becomes exciting once, as street signs announce a blockade – exactly on my way! Of course there’s a detour, but these are some extra miles. Most of the time I cycle past it somehow, so I ride in good spirits until I stand at a railroad crossing where the tracks are being renewed and the road is completely gone. There is actually no “passing” here. With gestures I ask if I may carry the bicycle over – and I am granted that. Poland is not Germany! One of the track workers even approaches me and tells me – if I understood him correctly – that he rides a lot of bikes himself and has already ridden up to the Baltic Sea coast. But he also nods appreciatively to my destination Croatia. 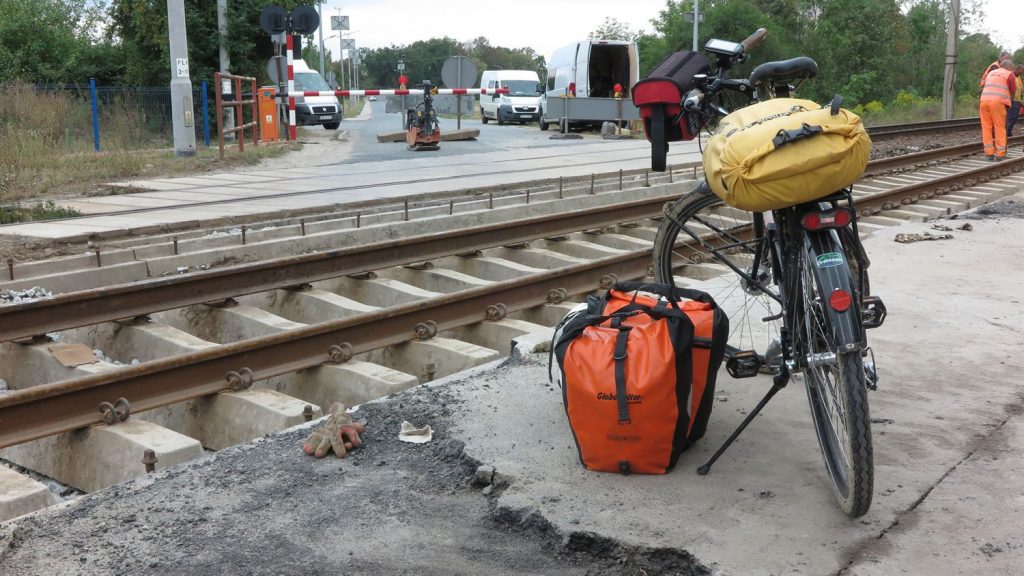 I’m earlier than expected in Schweidnitz / Świdnica and after dinner I drive to the place I’ve actually planned for tomorrow. But in the evening the columns on the market square are supposed to be cosily illuminated. Illuminated is also, cosy would be the wrong word today. Around the market there are food and drink stalls, music is booming from all corners, a band is warming up on a stage. It’s Saturday night! 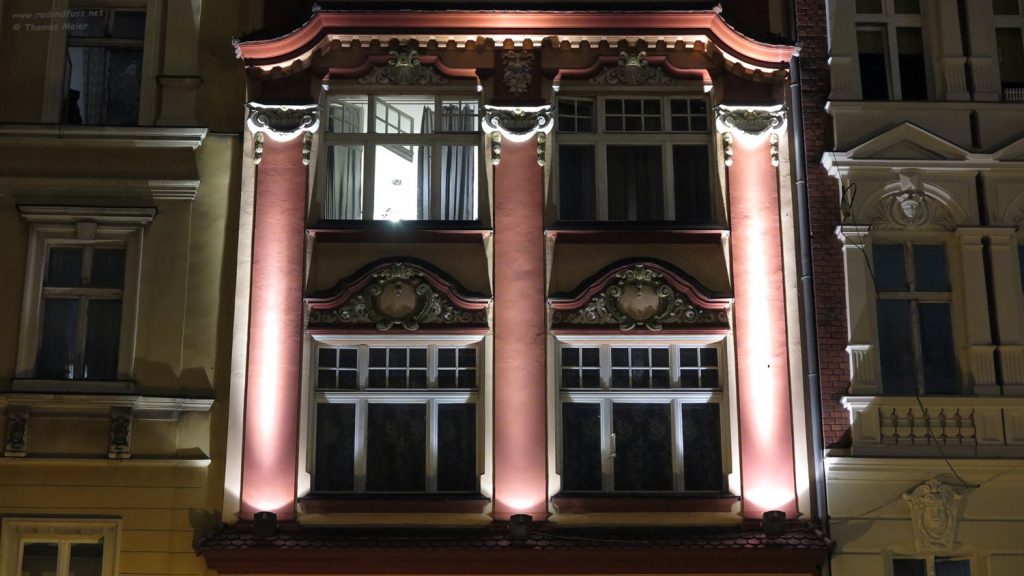 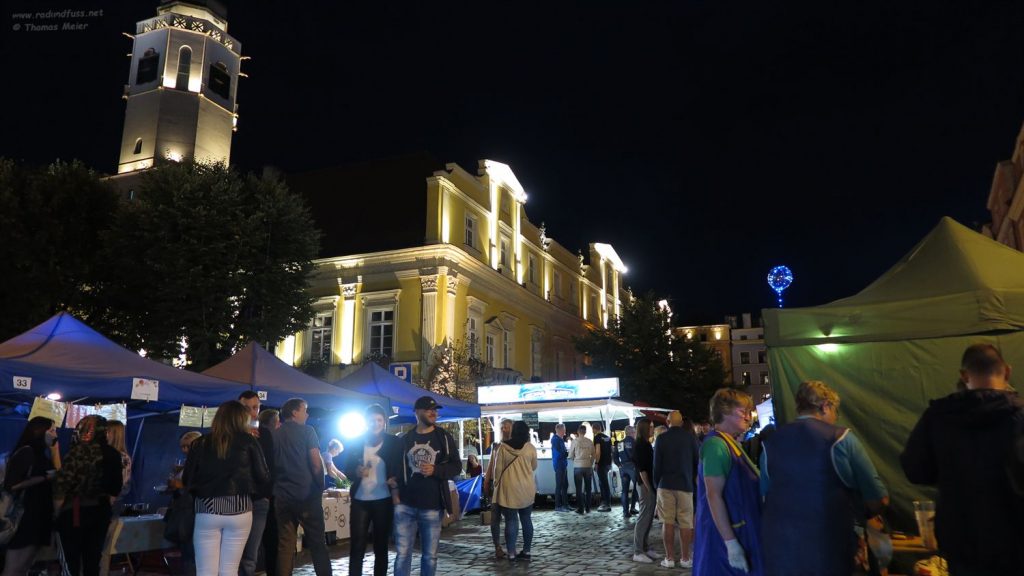 One Reply to “Through Lower Silesia”