I am still amazed what the Na hřišti in Leština can do for so little money. Also the breakfast is more plentiful than yesterday in the much more expensive pension and in addition there is also an excellent coffee!

In Litovel I do not follow the EuroVelo route, but the cycle path 51, which leads right through the very beautiful centre. On the Eurovelo 4 in France, too, I was sometimes amazed at how the route was nicely guided, but often avoided the town centres, leaving out shopping facilities, cafés and restaurants and thus ultimately also earning opportunities for the local population. Eurovelos are supported by the EU pot for sustainable tourism?

Between Litovel and Olomouc the way is very quietly led through a landscape protection area, which also contains a lot of areas used for forestry and often reminds me of the native Kottenforst. But in any case one of the most pleasant stages so far!

And then Olomouc. What strikes me first in Olomouc are the many good-looking women (sorry, as a man I just had to say that -)). And then the many smokers. Unfortunately, there is also a combination of both. But then the view is already captivated by the Trinity column: 35 m high, with a small chapel in its base it stands on the town hall square. Built between 1716 and 1754 (long period!) in gratitude for the surviving plague, it was inscribed on UNESCO’s World Heritage List in 2000 as an exceptional example of Central European Baroque. 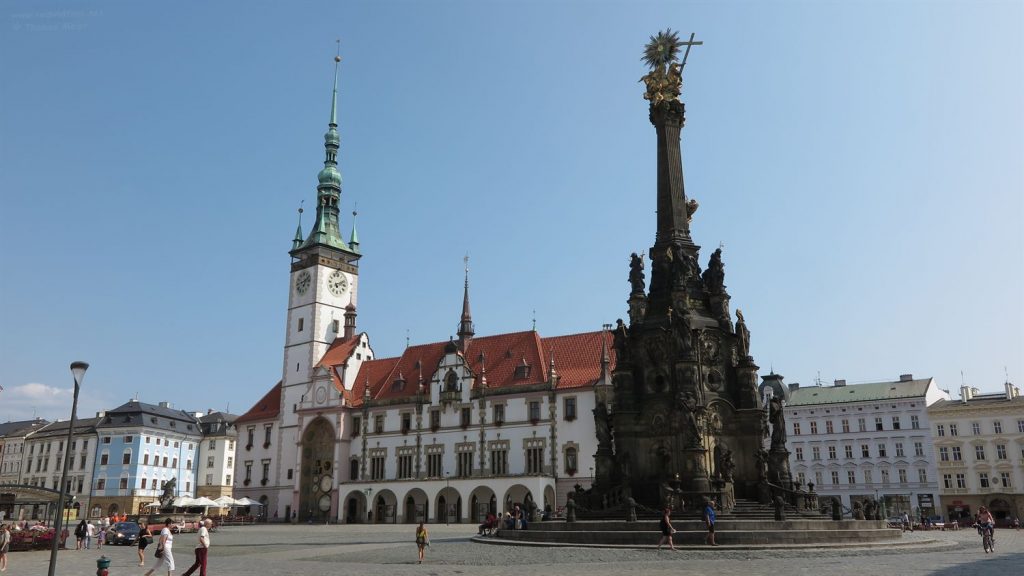 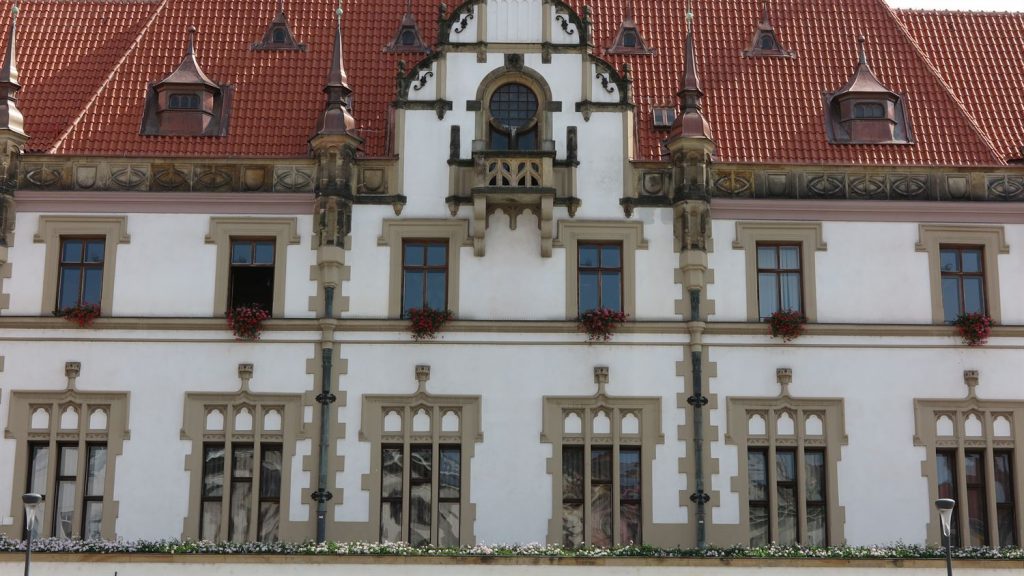 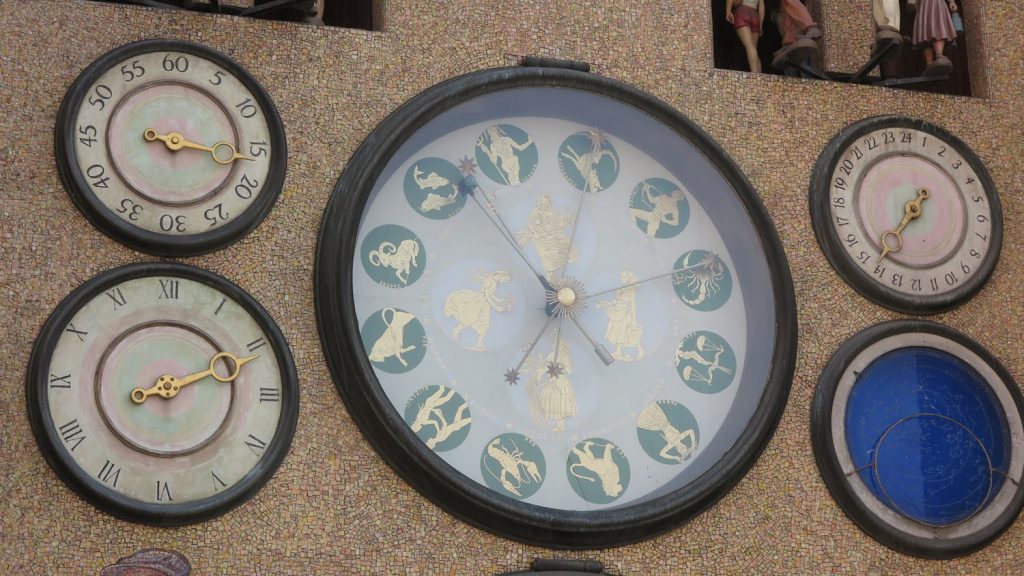 Section of the astronomical clock at the town hall

I climb 206 steep steps up to the tower of the inconspicuous, almost ugly Moritz Church, from which I then enjoy a fantastic view of the city and the surrounding countryside. Furthermore, the sights of Olomouc are mainly churches and fountains. Even if I look at some of them, there are too many to mention here. The following pictures show a small selection. 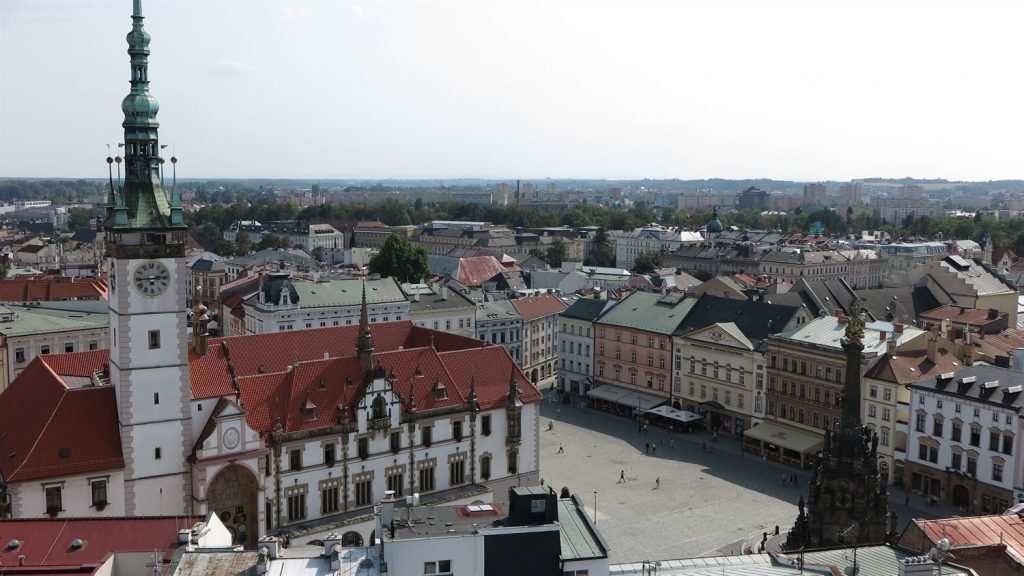 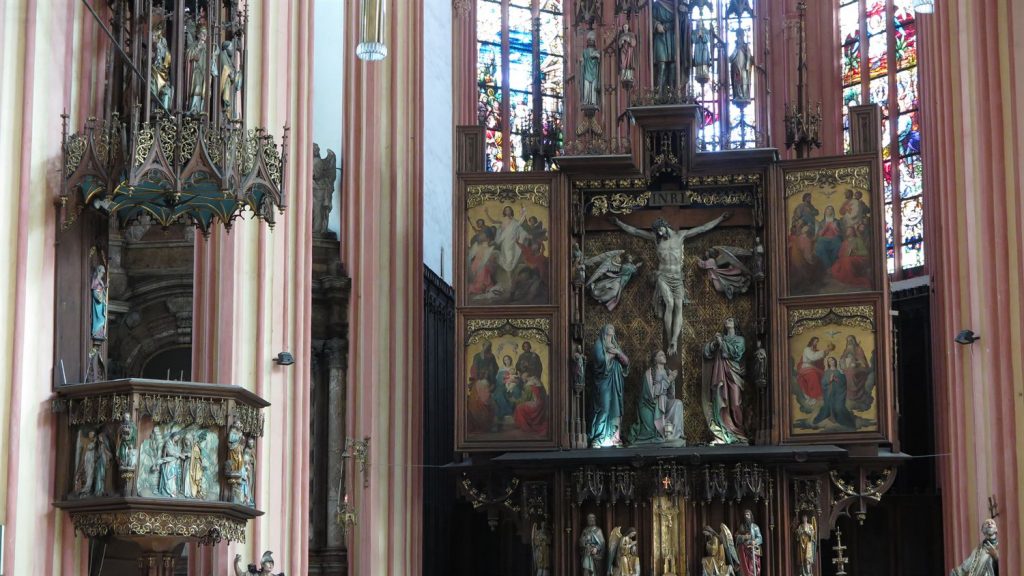 In the Moritz Church 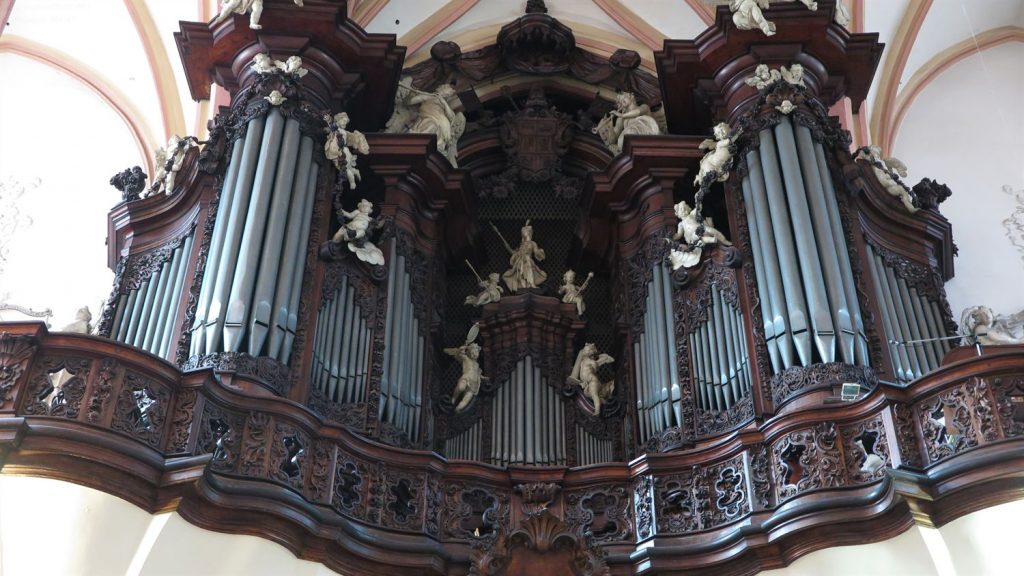 Baroque organ in the Moritz Church 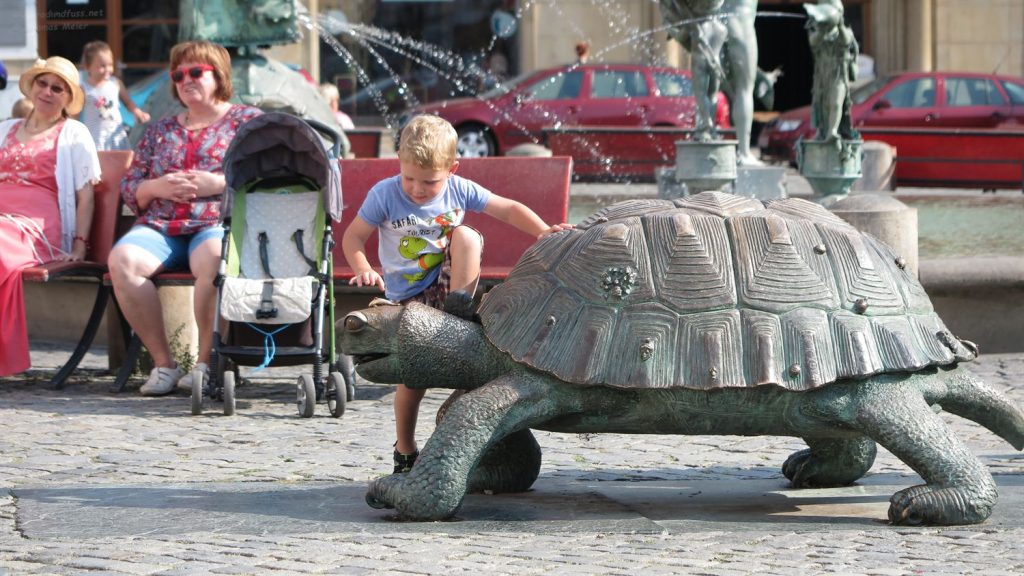 At the Arion Fountain 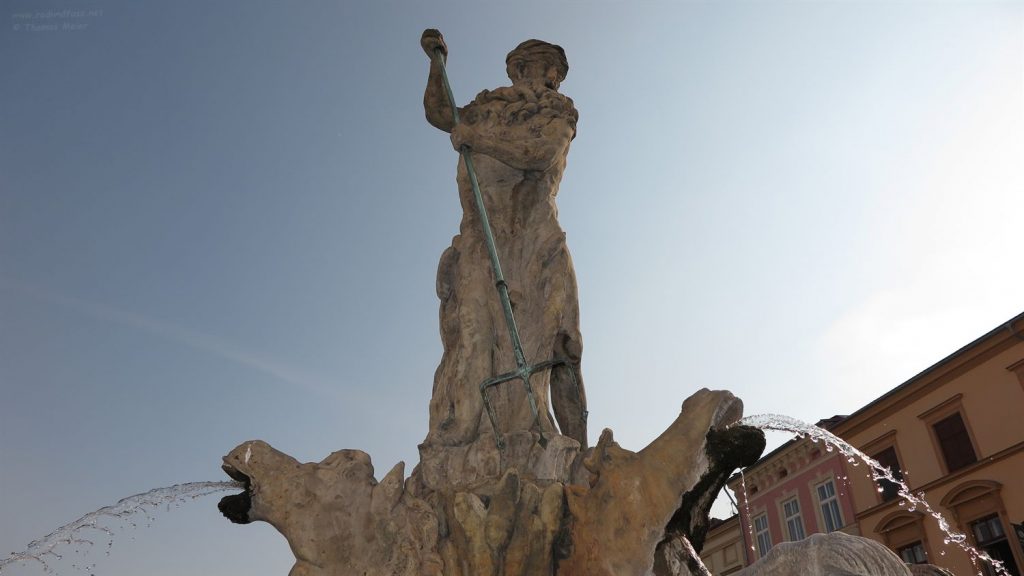 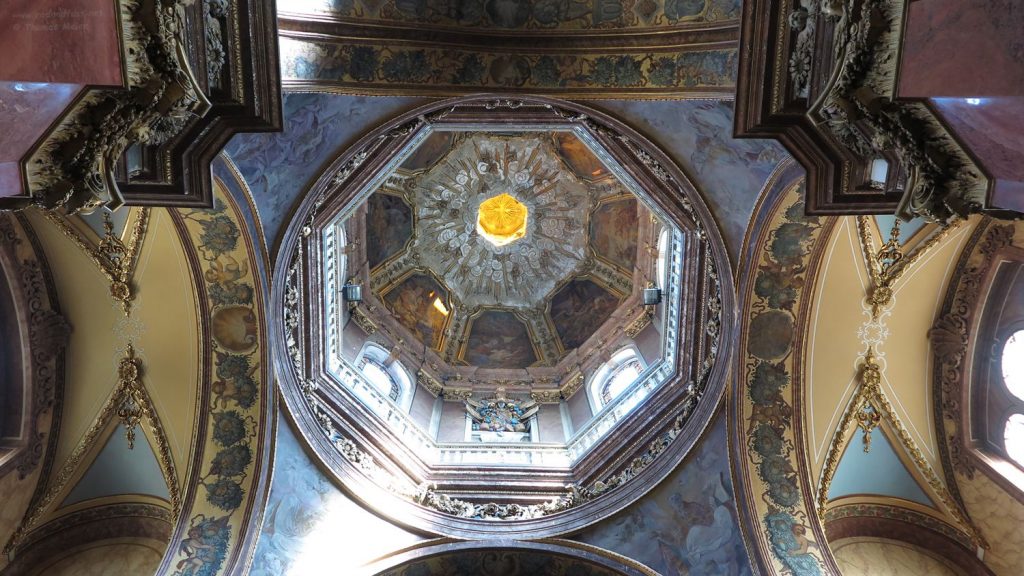 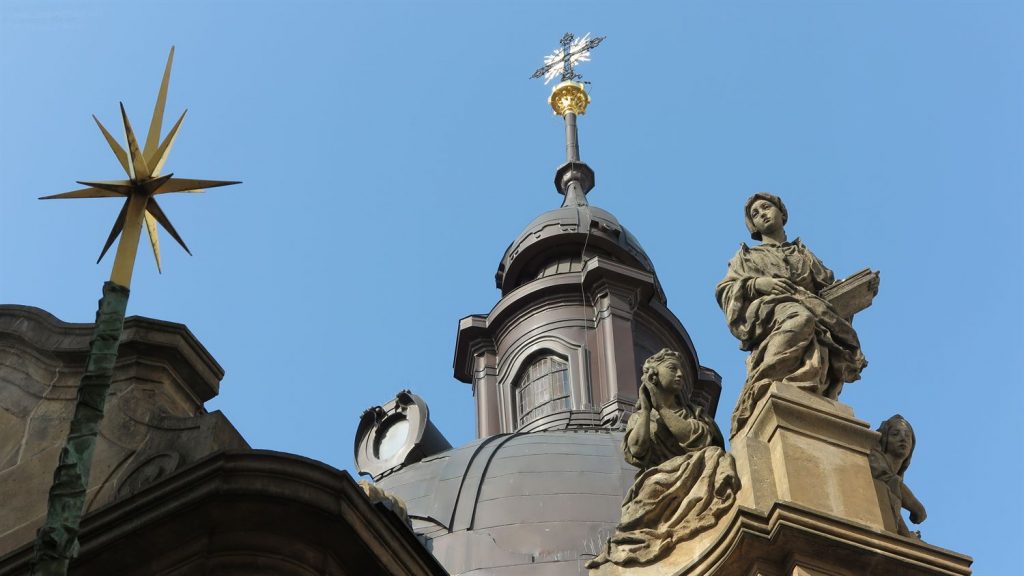 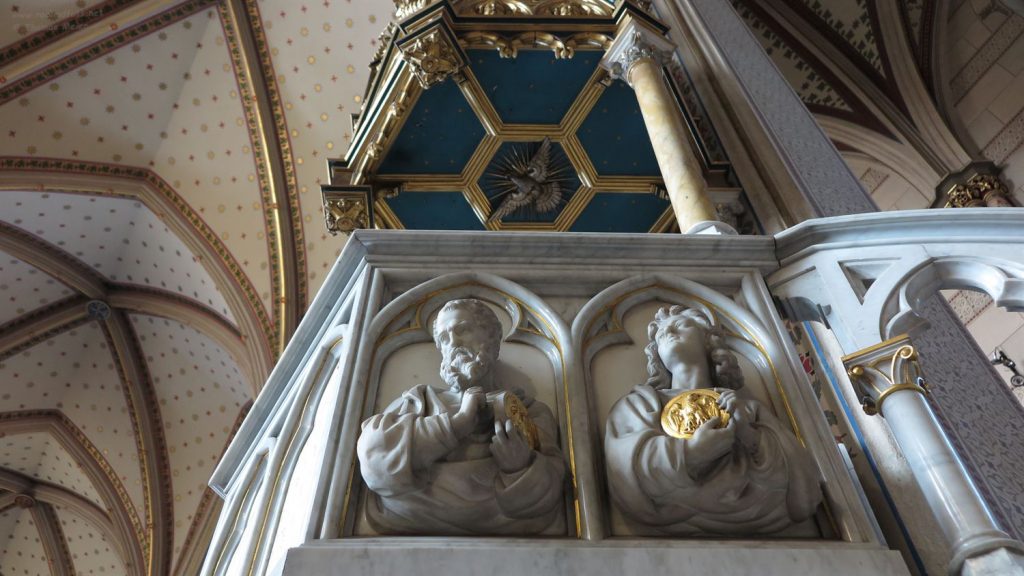 Pulpit of the Cathedral

In the evening I visit Jan and his roommate Zdeněk, my warm showers host for this night. Jesús, a Mexican on a three-month European tour, is also on board. We are served with a tasty pasta – anyway the best meal for cyclists! – and spend a very entertaining evening with the exchange of cycling experiences – unfortunately Jesus’ experiences in Germany were not the best! – and many varied conversations about “God and the world”. 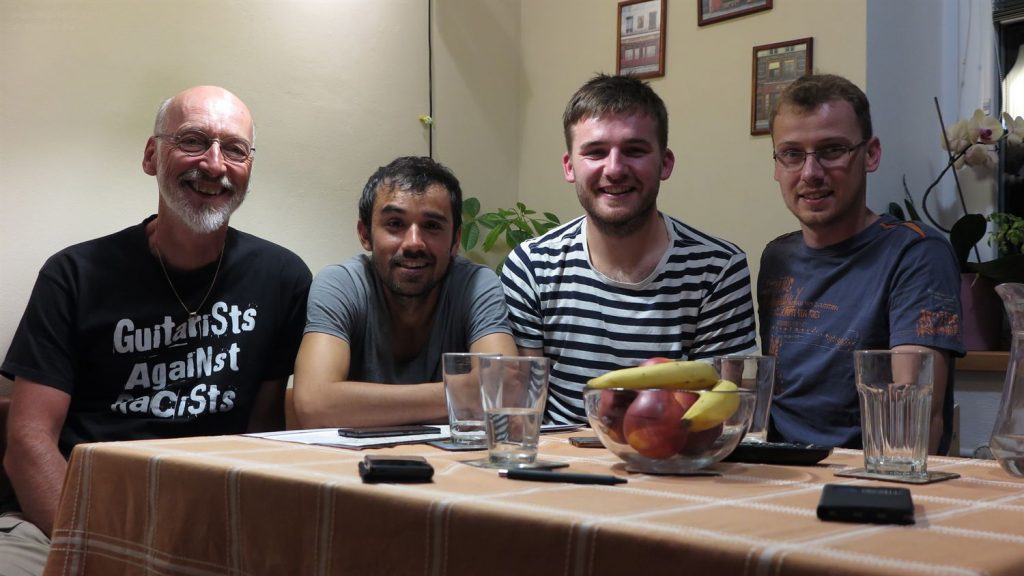 with Jesús, Jan and Zdeněk