No, this is not the last day in Poland, as Viktor suspected in his commentary! And this is due to the fact that the Eurovelo – and I too – is still making a turn to the east just before the Czech border in order to cross the Sudeten Mountains in a location that is favourable for cycling. But first of all I drive back to Swidnica after breakfast to do a short sightseeing program. In this time the tent can also recover from the dew of the night.

The city is now being tidied up, the stage has already been dismantled, the florists are putting their goods back on the market. The faithful hurry to the cathedral, where mass begins at 10 o’clock. In front of the cathedral stands a larger-than-life figure of Pope John Paul II, the Polish Pope. Some visitors touch the bronze sculpture in passing before entering the cathedral. I have the impression that this Pope is more revered in Poland than God himself. 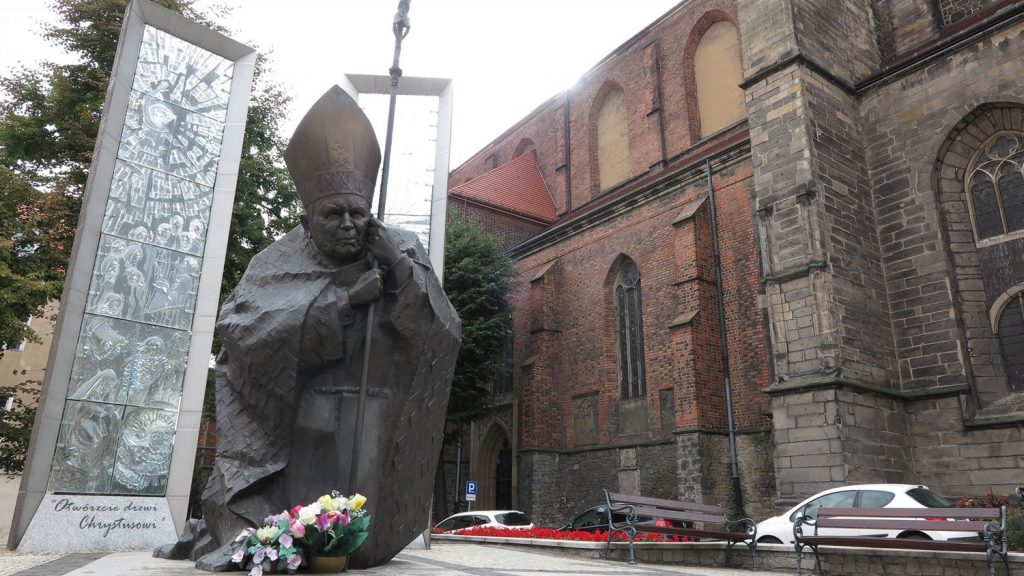 But above all I want to have a look at the half-timbered church. This was built as one of three Protestant churches permitted by the Habsburgs within the framework of the Peace of Westphalia (1648) – hence the name Friedenskirche. But under strict conditions: it had to be built outside the city walls, made of non-permanent material (wood, clay and straw were considered as such), the form was not allowed to remind of a church and it had to be built within one year. The people of Swidnica made it in a few months, even though many facilities and pardons were added later. For example, the richly decorated wooden altar from the 18th century or the pulpit and the organ with its baroque prospect from the 17th century The church is the largest wooden church in Europe – it offers space for 7,500 people – and is registered by UNESCO in 2001 as a world heritage site. But I have to take down the tent first and come back again, because the church is open on Sundays only from 12 o’clock for viewing. 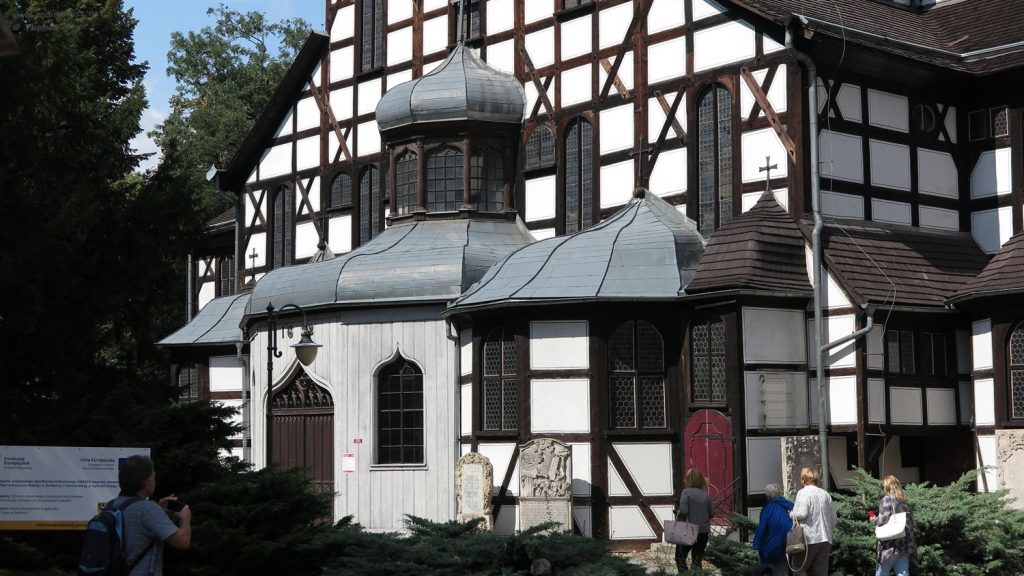 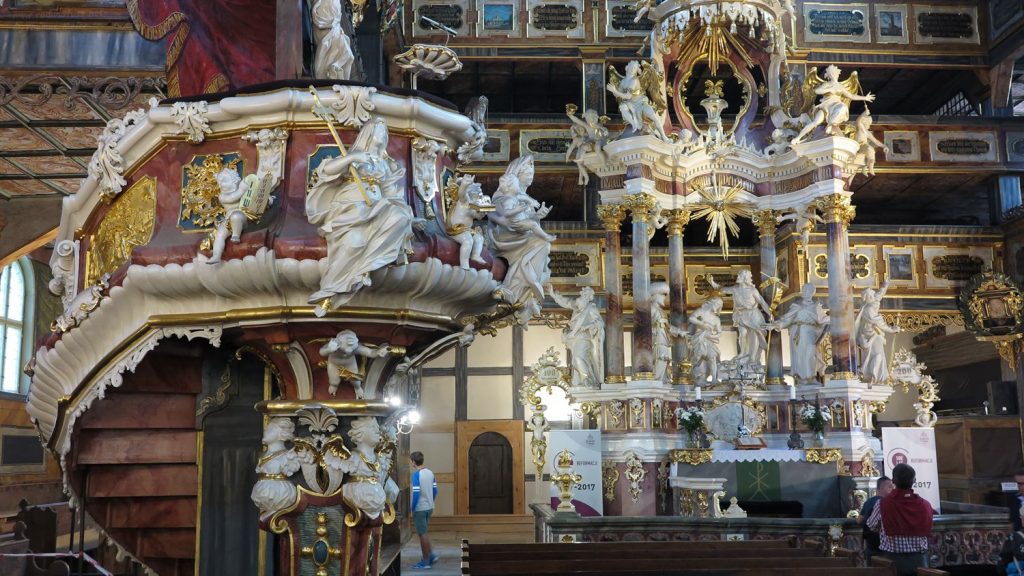 Pulpit (left in the foreground) and altar of the Friedenskirche 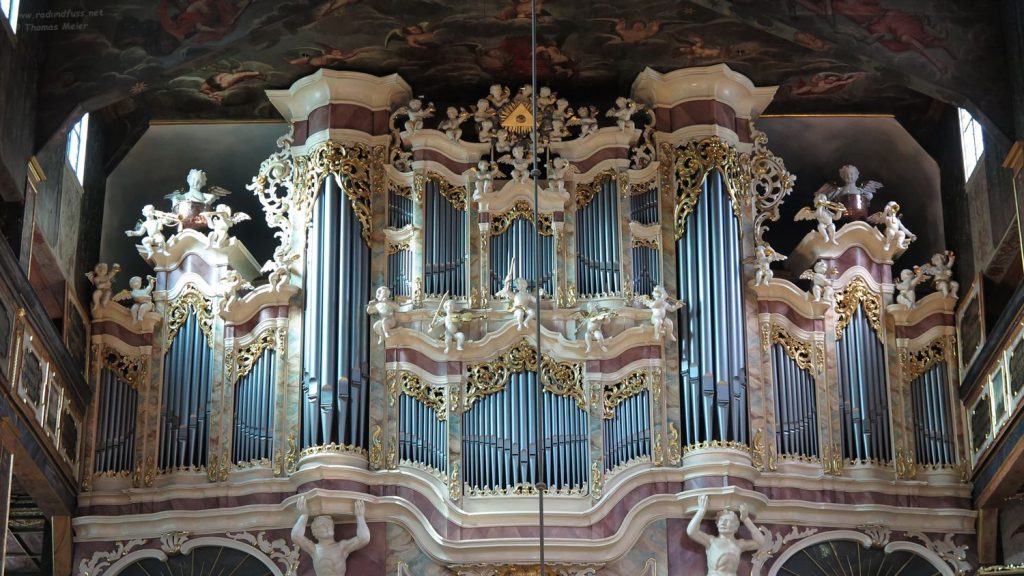 The organ with its baroque case 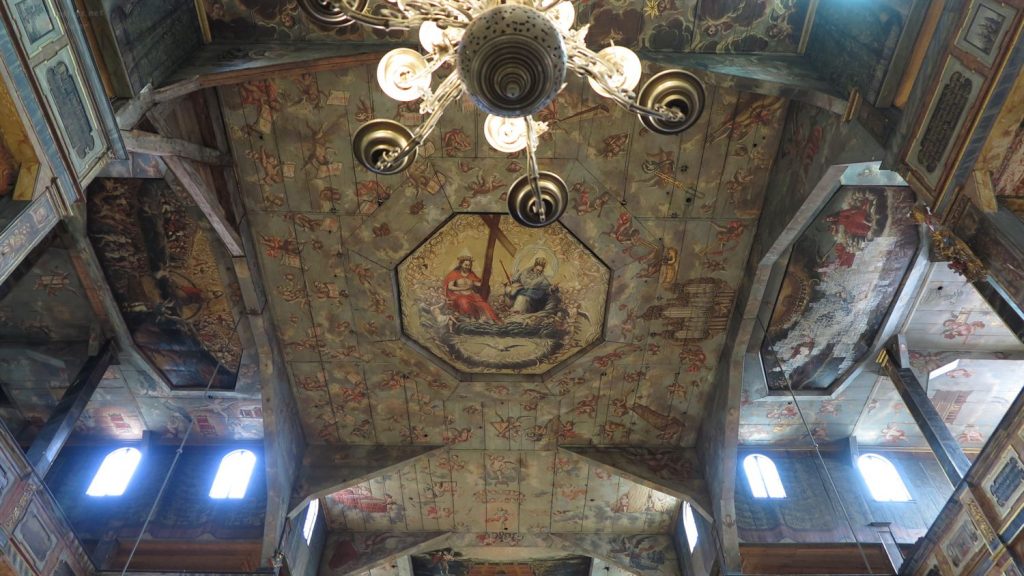 Now it’s time to go for a ride again. With the wooded heights of the Sudeten always right of me, I drive east, mostly quickly on asphalt, from time to time, but also with small chicanes. Sand paths no longer scare with sand trays, but sometimes they are quite stony. I like this hilly landscape much better than the monotonous, slurry-soaked Wielkopolska expanse, especially when the view of a beautiful river loop like the Nysa Kłodzka, a tributary of the Oder, is added. 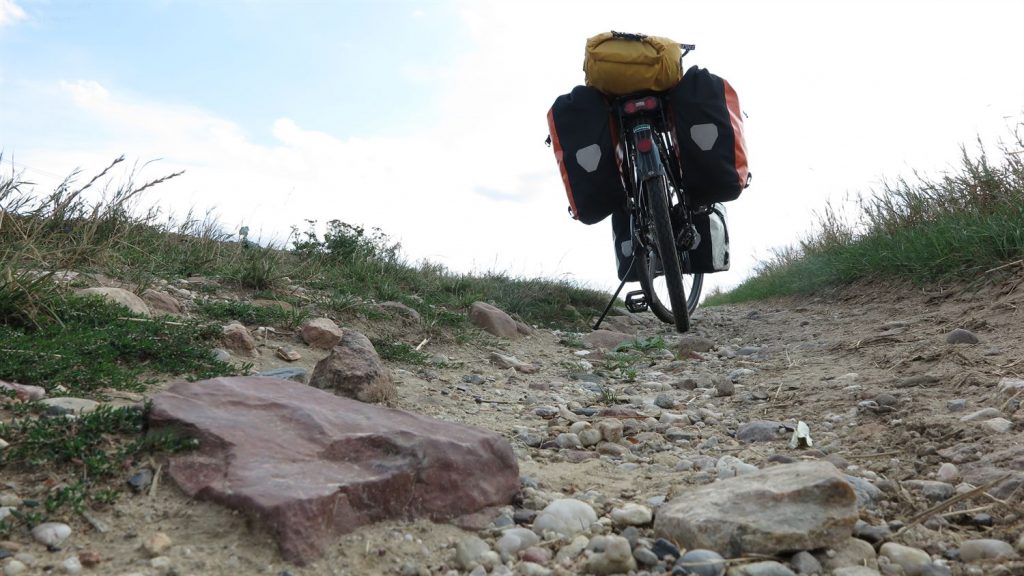 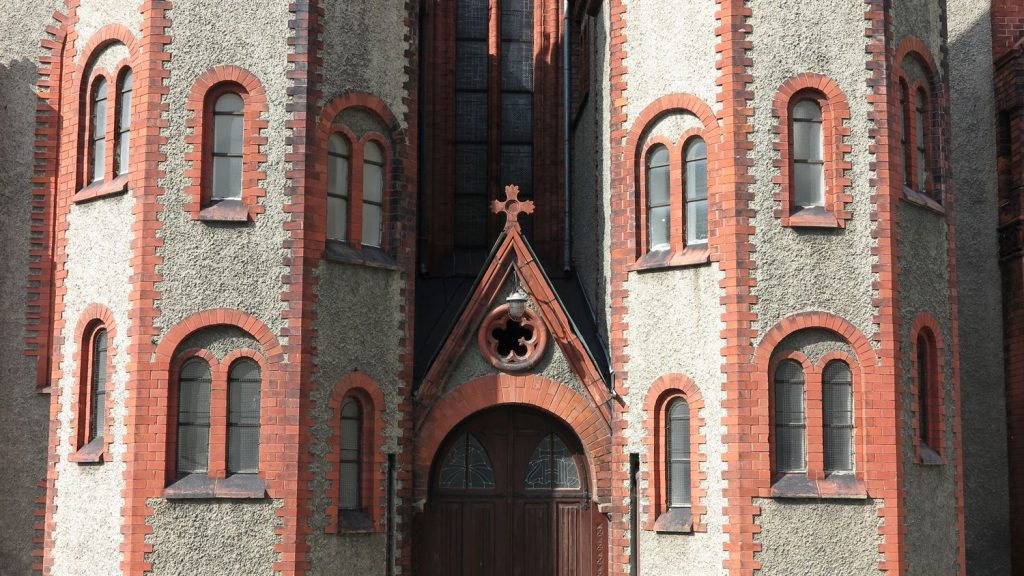 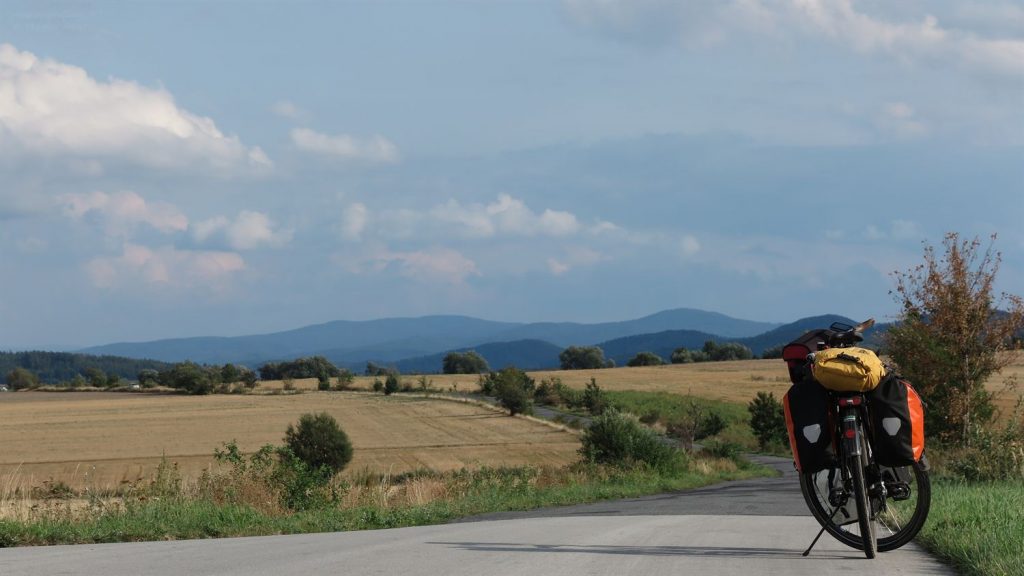 on the way in the Sudenten foreland

Now, it’s time for a night’s lodging. There is a sign indicating a campsite 100 m from the road. It’ll be 700 meters till I get to a locked gate. Only a dog barks at me. I call out loud “Cześć?” (Hello?). After a while a man comes out of the house behind the gate, his boozy breath is stronger than his gait, with which he wavers towards me to make me understand that the site is closed. If I understand him right, it’s probably the fiscal authorities’ fault – after all, someone must be to blame! I drive back – not exactly disappointed – the 700 m and continue to the next place where I spend the night alone!

And because it’s getting pretty late today, I’m not writing this post until tomorrow 😉