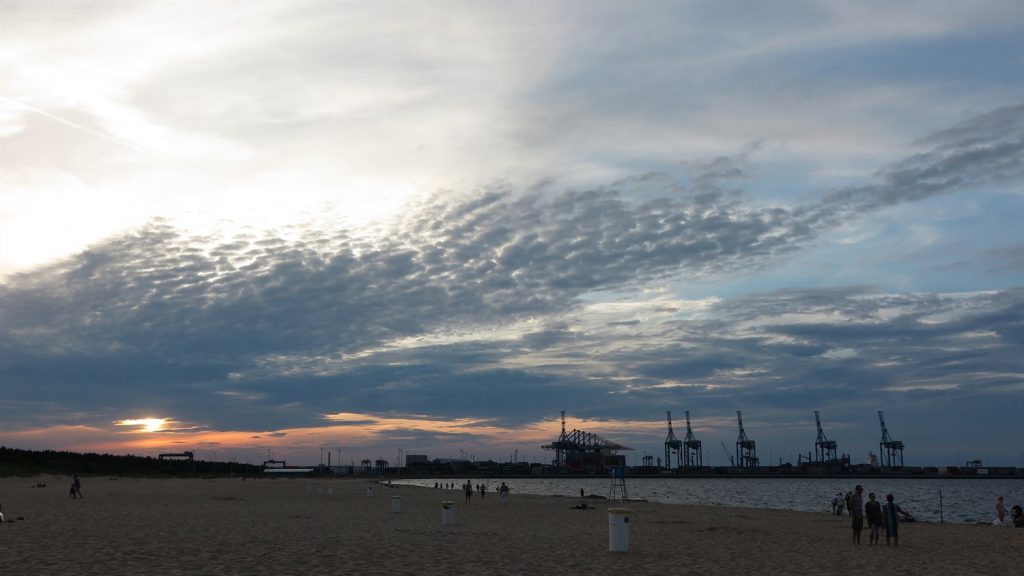 The evening before on the beach of Stogi with a view of Gdansk harbour. Here I leave one sea to hopefully reach another in a few weeks!

The sky over Pomerania hangs grey and deep as I drive into Gdansk. It’s been raining since 7:am. So the weather forecast was right again. Luckily I got up early enough so that I could pack the tent halfway dry. Gdansk has a well developed network of mostly wide cycle paths, which I can use to get into the city. But this ends as soon as you drive out. Now it’s time for concrete slabs! Vibratory path! Material testing! After one and a half hours the rain stops, the concrete slabs give way to paved cycle paths or narrow asphalted roads. 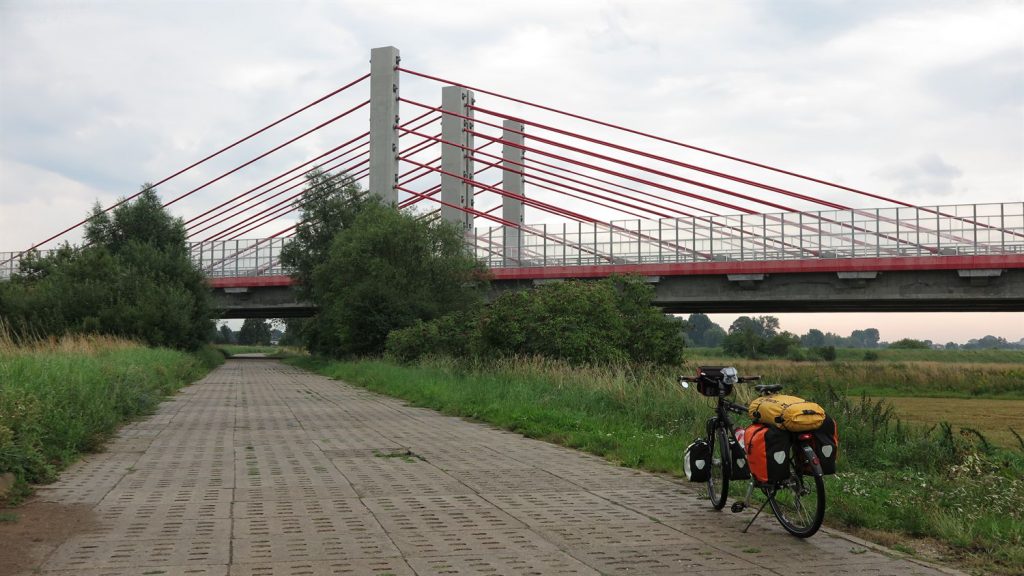 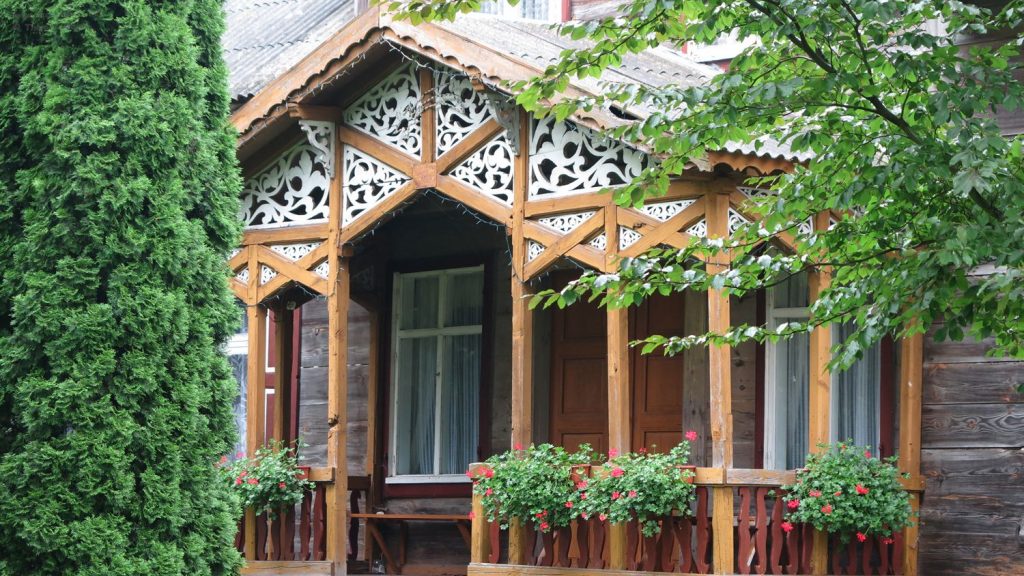 Suddenly I pass a sign saying “ogórki” – cucumbers! Not bad, I think, I’ll take some with me. The lord of the court leads me to the vegetable shed and talks to me. I recite my saying again, don’t understand anything and I come from Germany, but I also say “dwa ogórki” – two cucumbers. Two are obviously too few for him, he gives me seven and doesn’t want money for them. When I wrap them up, he asks “kawa?” – Coffee? I accept with pleasure and we talk with my few chunks of Polish, Google Translate and his daughter, who has German lessons at school. He’s giving me six more tomatoes as a farewell gift! – Polish hospitality! Thank you, Mariusz and Kasia! 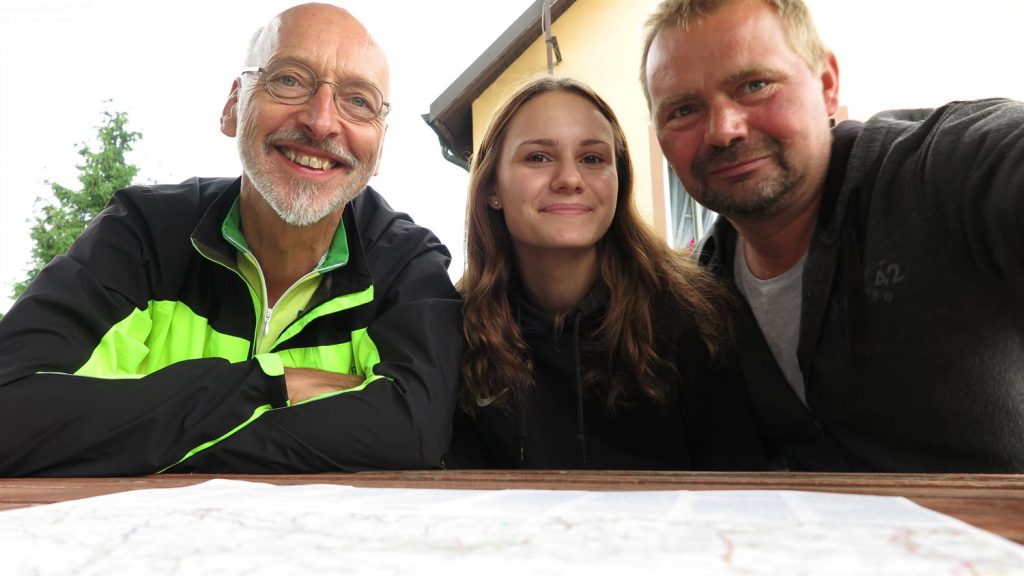 With Kasia and Mariusz

After about 40 kilometres I see the Wisla, or better said at first only a high dike. And this is usually the case later on: either the Wisla is two or three kilometres away from the road or hidden behind a high dike. At noon the rain stops, the wind gets warmer, freshens up and comes – old cyclist law – from the front. 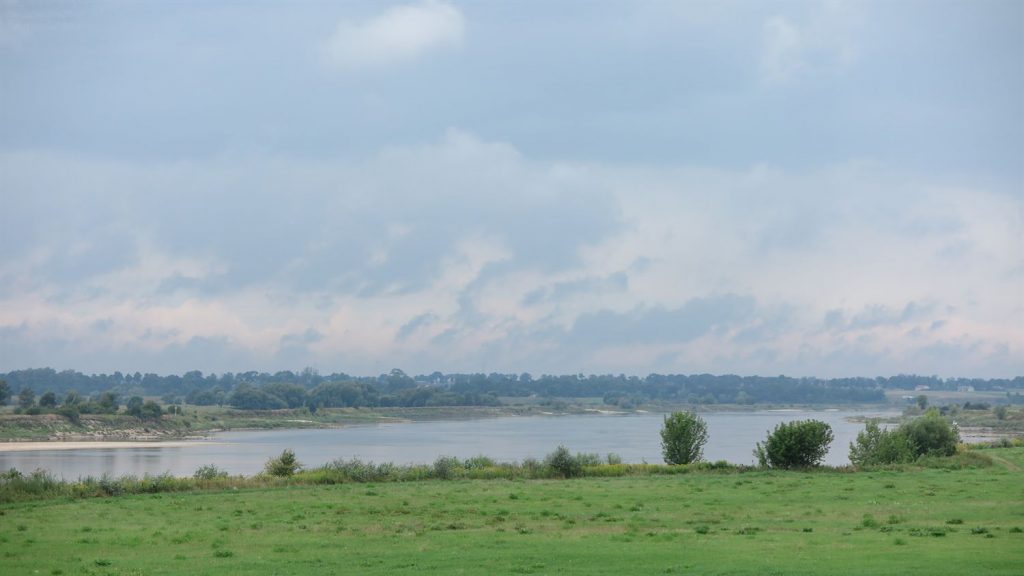 The Wisla, without the dike!

In the afternoon I would like to take a real break, in a café or beer garden, but that’s not the Elbe cycle path here, there are only tiny villages along the way. Still, I’d like some coffee and some extra calories. But they are probably only in Kwidzyn, which is a few kilometres away from my path. Anyway, I’m turning. And as I sit there so comfortably, I notice that it is actually enough for me also for today. Campsites are not nearby anyway and so I spontaneously take accommodation in a guesthouse. 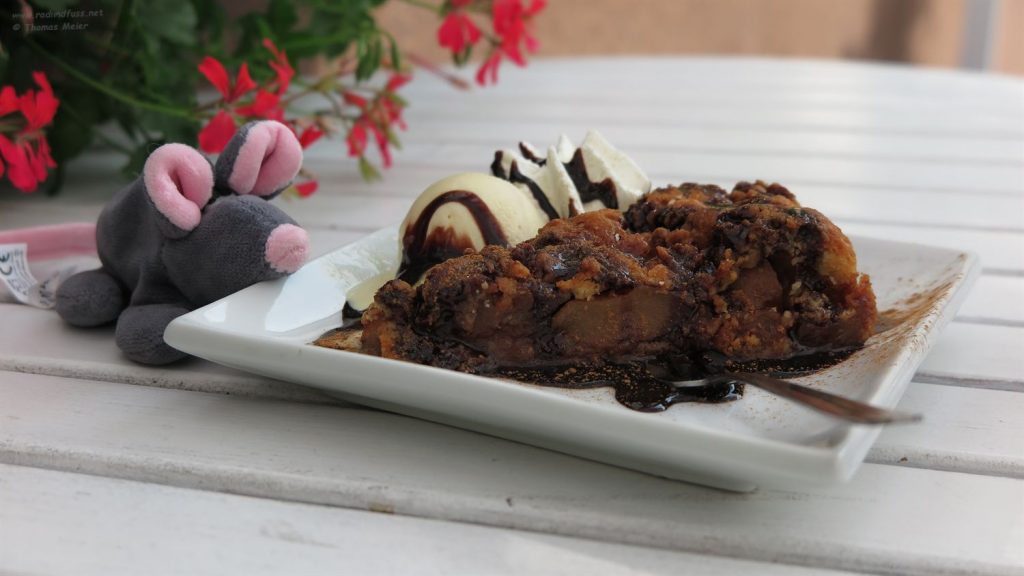 Calories! Rennie, my mascot, wants something too – but he didn’t deserve it, he didn’t move at all!

So, and now there are maps – at least when I’m about to turn on the recording. Today I only thought about it five kilometres after the start!

2 Replies to “Along the Wisla”