The night was cold, fortunately only in front of the hut, and the wind still is, when the sun comes out between the peaks of the Serles and Tuxer Alps and some clouds, which strayed from the south over the main ridge of the Alps. After all, they are only lone fighters with no tendency to form packs. 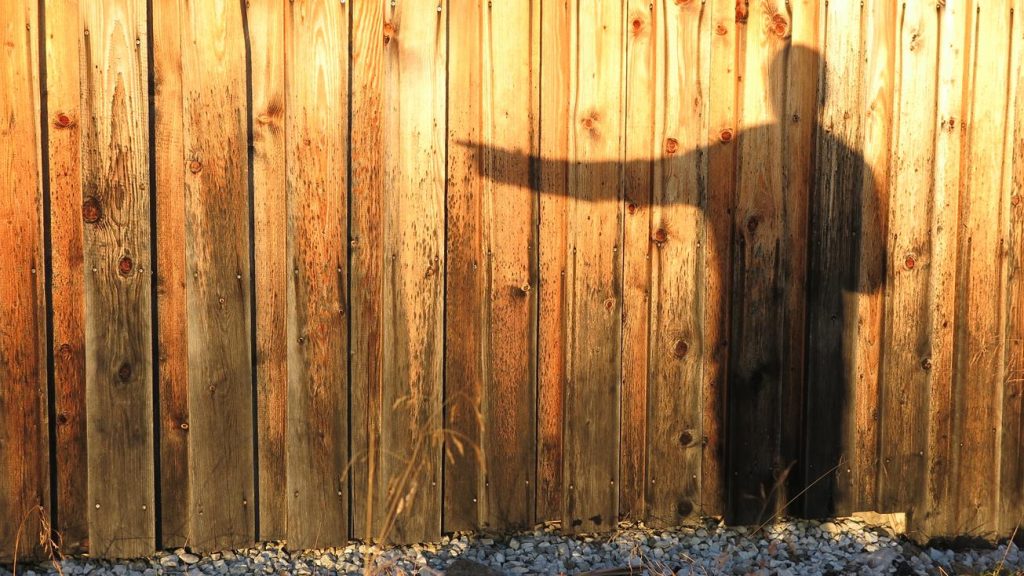 At the water rivulet above the hut we fill our drinking bottles and then we head up towards Seejöchl. Behind a mountain shoulder suddenly rugged, white rocky peaks appear, almost like in the Dolomites, but we are walking in the primeval rock of the Stubai Alps! Here in the northwest, however, they border on the Kalkkögel, 240 million year old limestone rocks, which in a late phase of the formation of the Alps were shifted far north by the force of the collision of Africa with Europe from the area of today’s Adriatic Sea over the already folded and metamorphised basement mountains. The dividing line between the geologically so different rocks here is incredibly sharp, as if drawn with a ruler. On the left the dark gneisses, on the right the light limestones.

A look back at the Starkenburger Hütte. The winter room is in the front of the building. 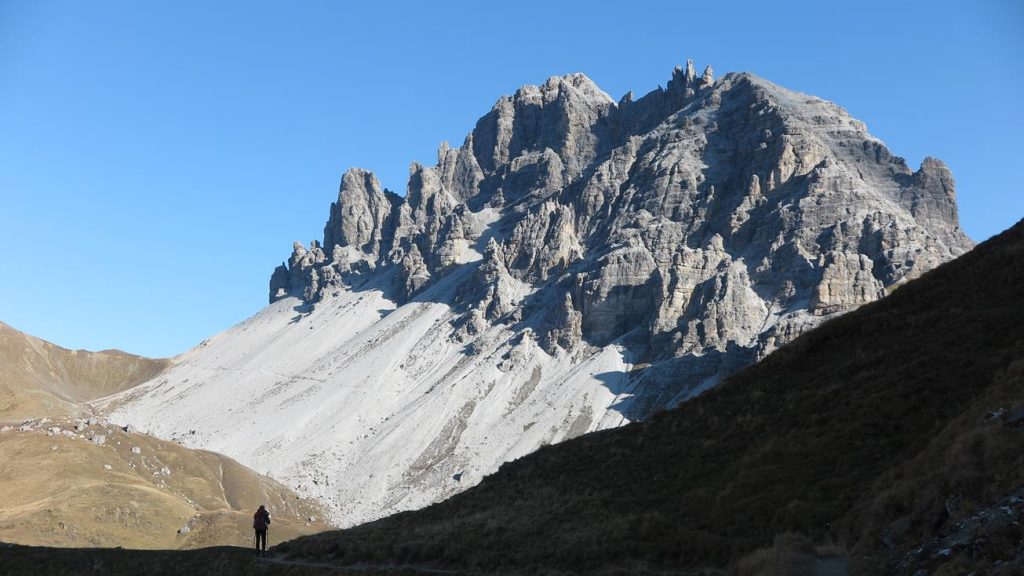 Meanwhile the wind increases. It drives the sticks off our path and the snot out of our nose. Gloves, cap, scarf, anorak: everything has to go (out of the backpack)! At Seejöchl it almost gets us off our feet! Fortunately, the foehn storm does not constantly challenge us to a duel, but only depending on the terrain and slope orientation. The path develops into a wonderful high trail, sometimes on a ridge (stormy!), sometimes on a slope (bearable). 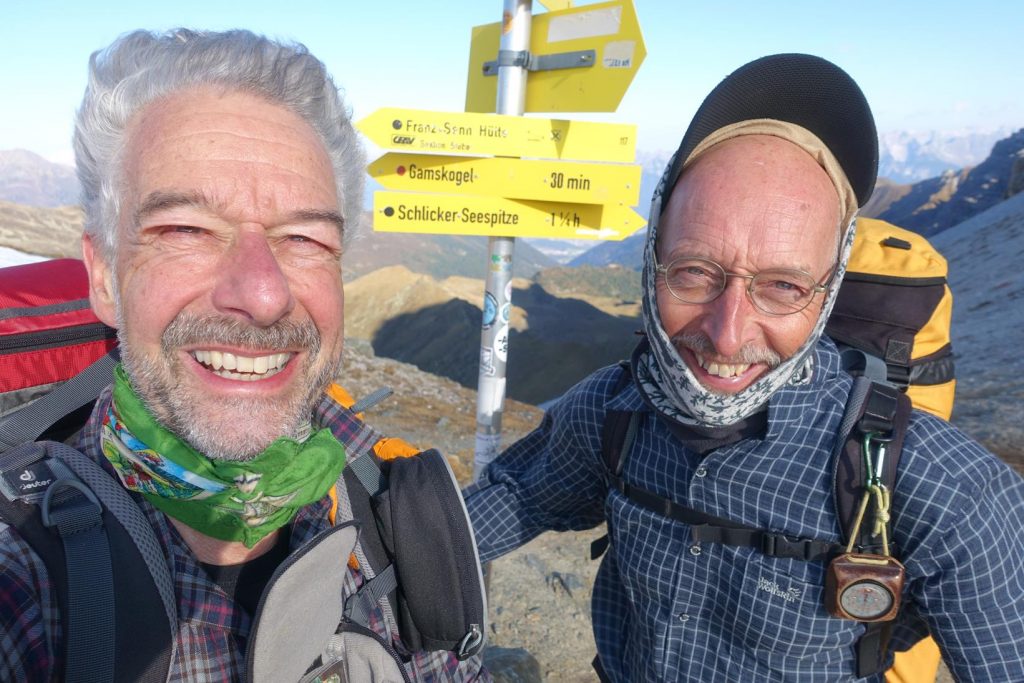 gone by the wind

On the mountain path 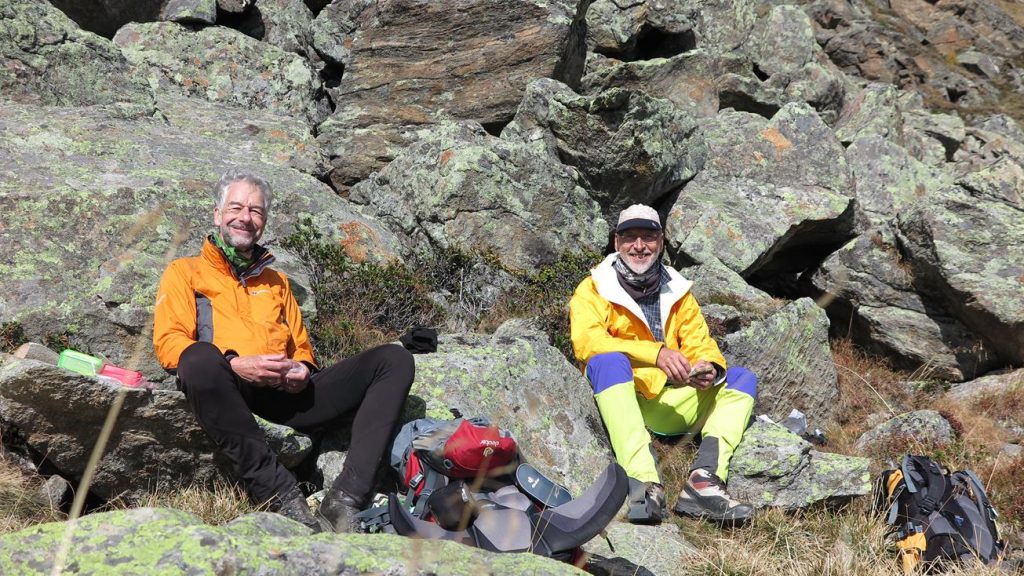 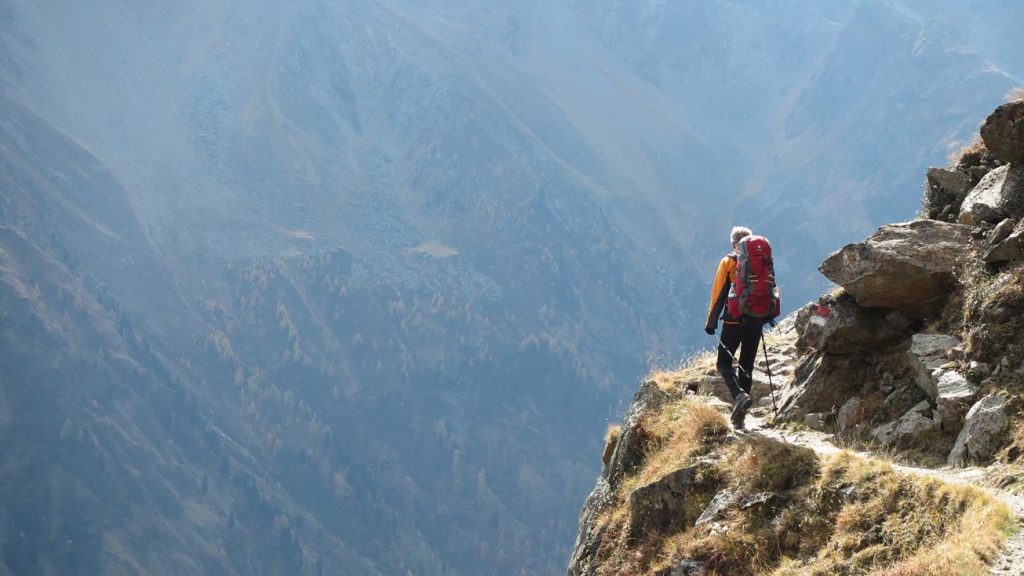 … and further on the high trail …

Around noon Leo suddenly stops in front of me, because only a few meters below him a golden eagle flies up! Twice he looks around for us to see if there is any danger, while he uses his two and a half meter wingspan without flapping his wings to quickly but elegantly search the distance. So far I have only seen these majestic birds of prey so close at air shows – and certainly not from above!

After a few hours the path is still beautiful, but we are tired and not so receptive to its beauty. When we finally arrive at the Franz-Senn-Hütte after a good seven hours, we are welcomed by an electrically (!) heated domicile with beer in the fridge (to be given away for a donation) and WLAN. Quite a luxury for a winter room, but we don’t complain 🙂 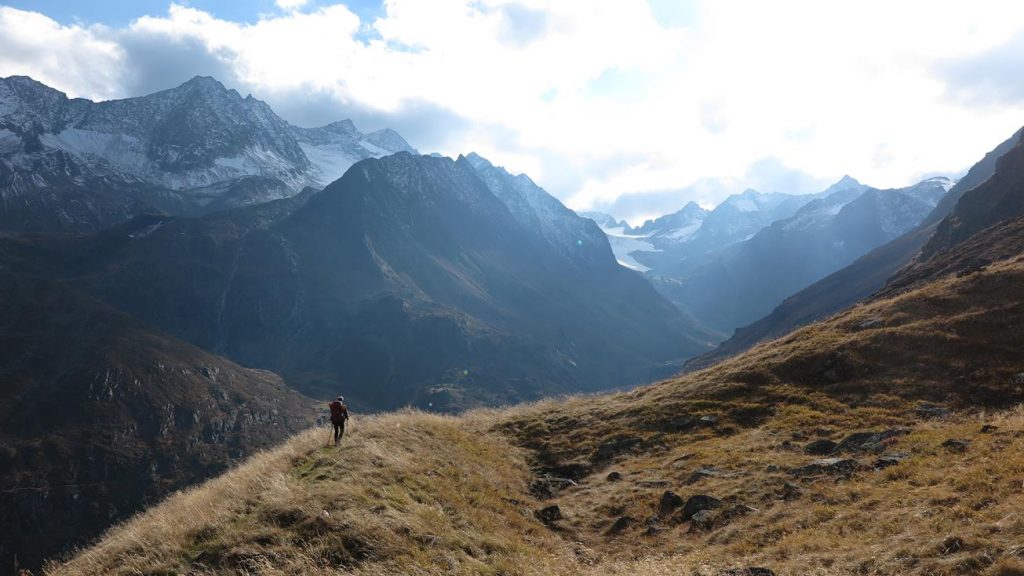 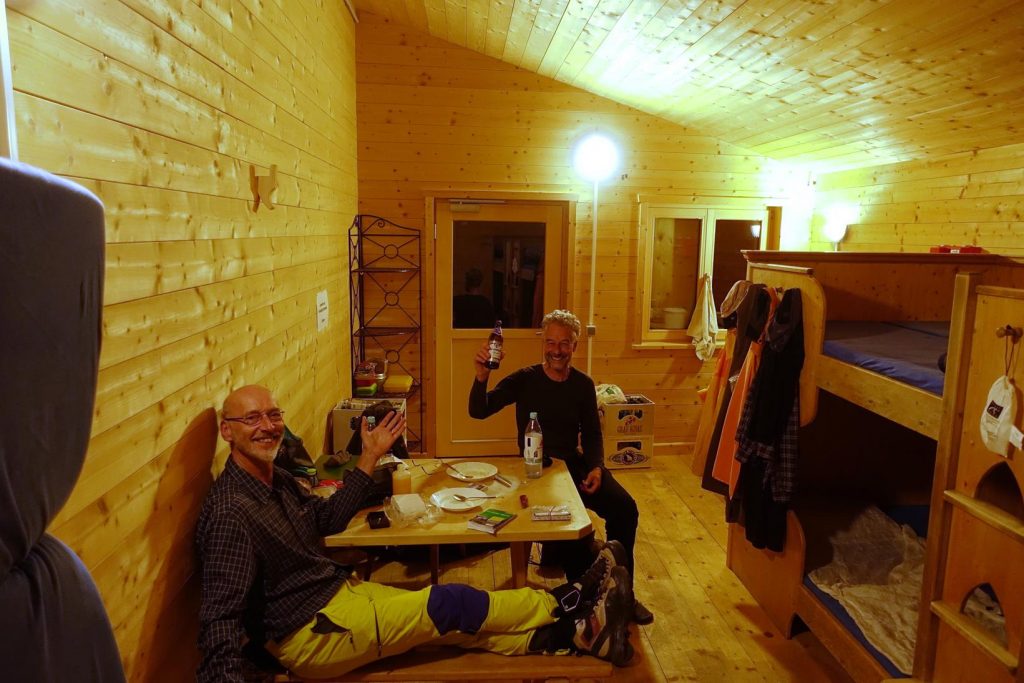 Comfort winter room of the Franz-Senn-Hütte