The morning begins frosty and cloudless. But the sky blue is soon cut up by numerous condensation trails which fan out in height and smear the blue screen with fake veil clouds. We climb up to the Schrimmennieder, a 2,714m high yoke, which is the transition to the Regensburger Hütte. Most of the time the path lies in the shade, as we walk on the north side. But this is not unpleasant either, as it compensates for the heat of the ascent. Cap and gloves must be nevertheless! A small chamois herd (six animals) nervously takes to its heels before us. They probably also know that in the valley ‘Gamsbraten’ is already on the menu, but apparently not that we only ‘shoot’ with cameras! 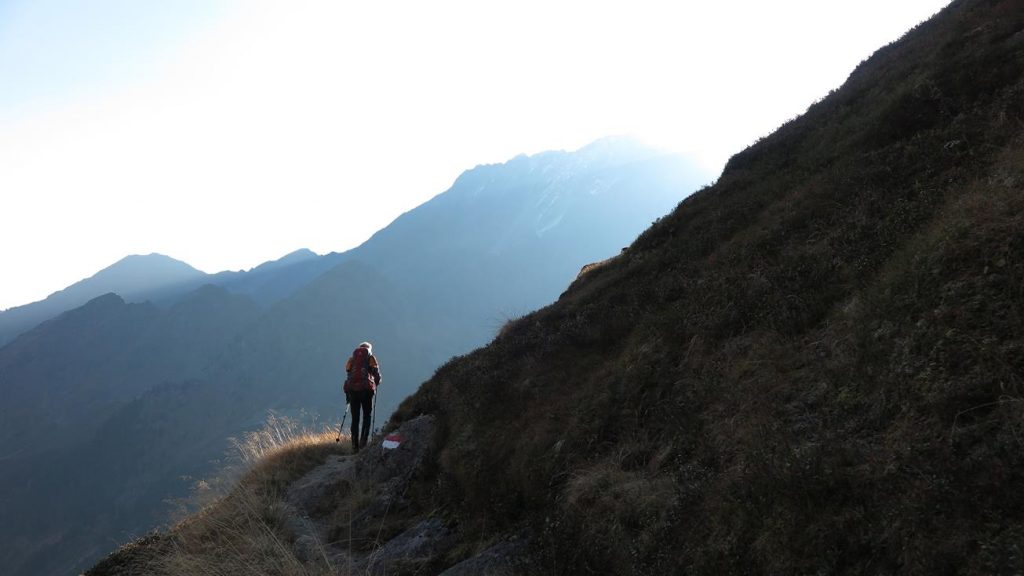 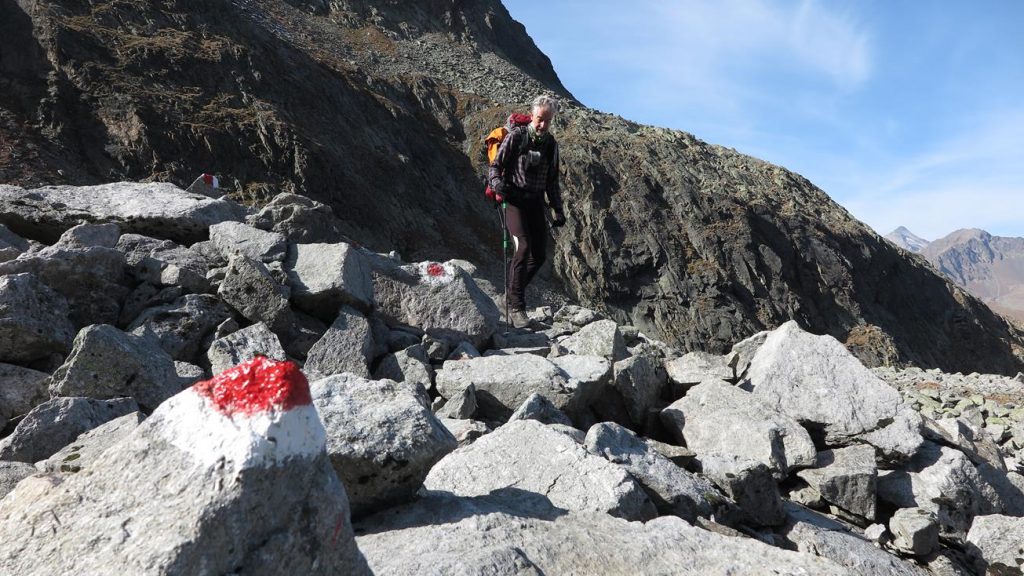 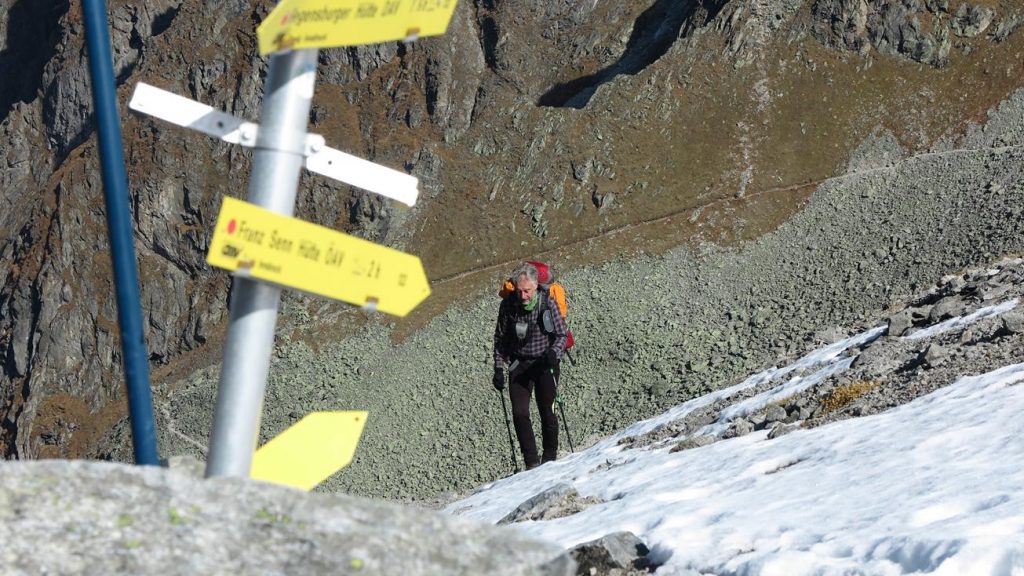 Above then sun and view to the south to the Stubai glacier mountains Wilder Freiger, Zuckerhütl and others. After a while we descend towards Regensburger Hütte, where we can’t stay overnight, because it’s currently being rebuilt, also the winter room is not accessible. Also the Dresdner Hütte, the next one on the Höhenweg is completely closed, only for two weeks between the summer and the very early winter season (the hut is located in the skiing area), but the two weeks are right now. 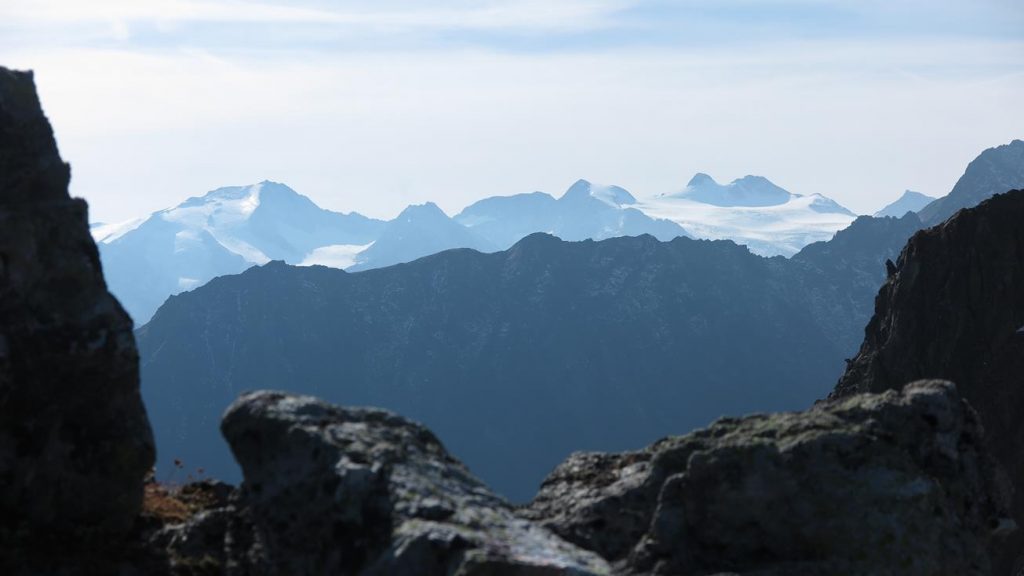 View to the Wilder Freiger, Zuckerhütl and the mountains of the Stubai Glacier

We decide to leave the Regensburger Hütte on the right and after one hour we descend directly over the Kerrachalm to Gasteig – the compass map shows a dotted black path here. But it doesn’t exist anymore! So we search our way through steep mountain pines, dense undergrowth and over slippery rocks down along a stream, until we discover an apparently rarely walked path at an incision, which then leads us very steeply through forest into the valley. This descent makes us sweat more than all previous ascents and so we are glad that we can end the evening with a shower, beer and dinner with service. 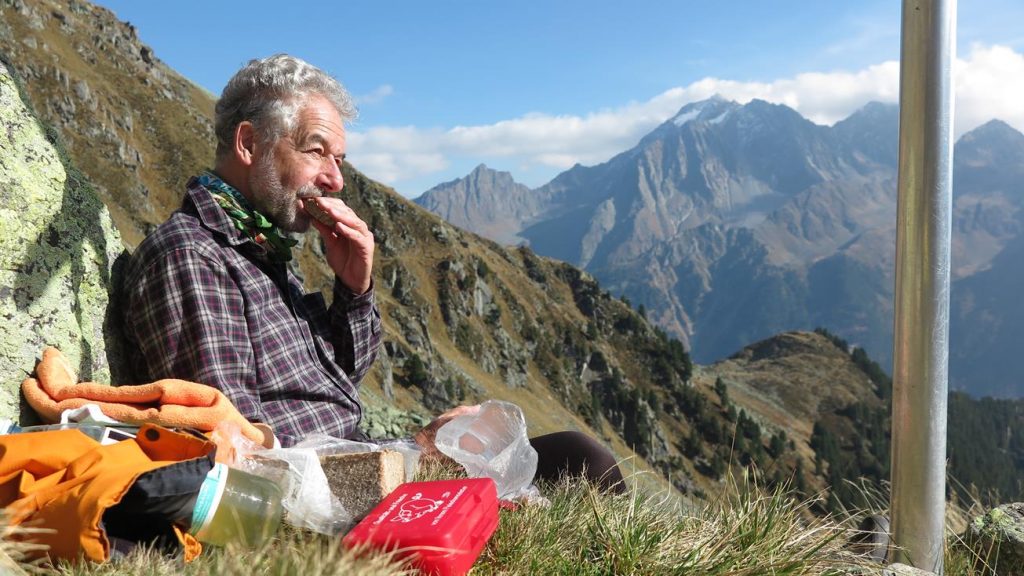 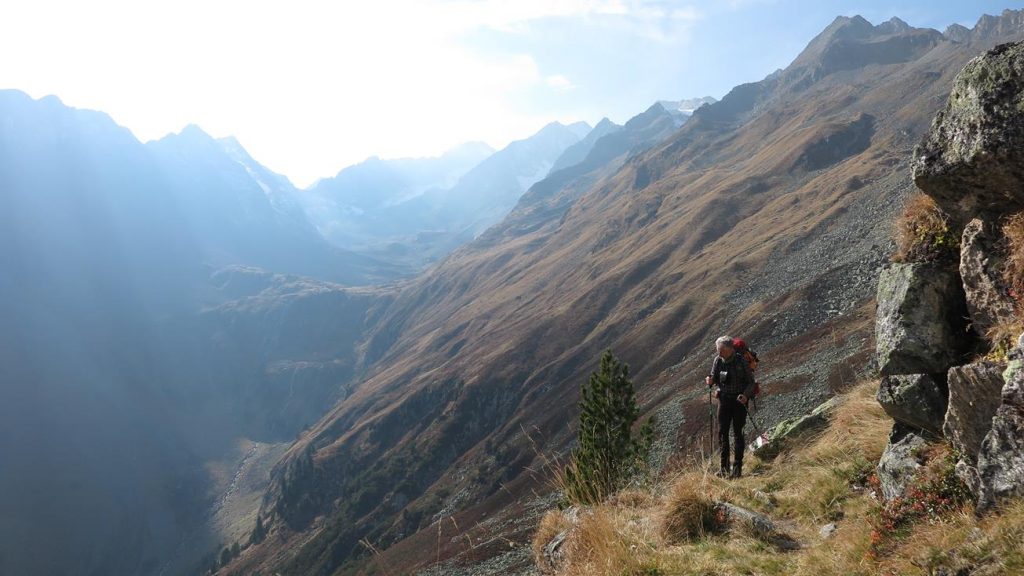 On the high trail towards Milderaunalm, in the background the Regensburger Hütte 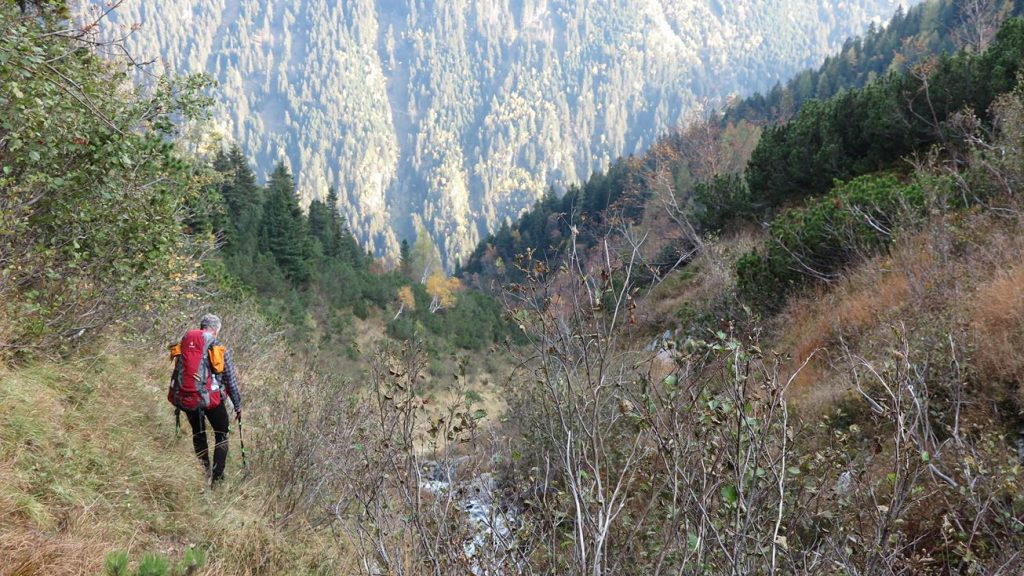 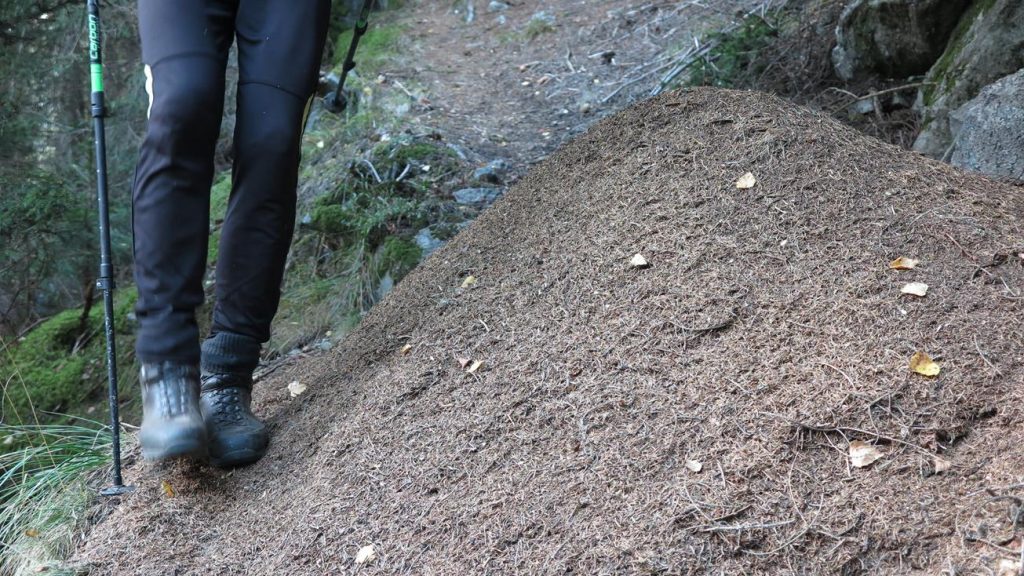 Ants do not show consideration for ways, especially if they are hardly frequented.