After a foggy morning, cornfields accompany me to the river Raab, where I first follow the Raab valley cycle path. But of course I have to get out of the Raab valley again, because I want to go further south. And that means: to the heights. But my legs still hurt from the last days. Fortunately the ascent is well cooled in the shady forest. In slight ups and downs the way passes through the hilly country, sometimes with a view of the surrounding valleys, sometimes through dense deciduous forest, but always over the ridges. 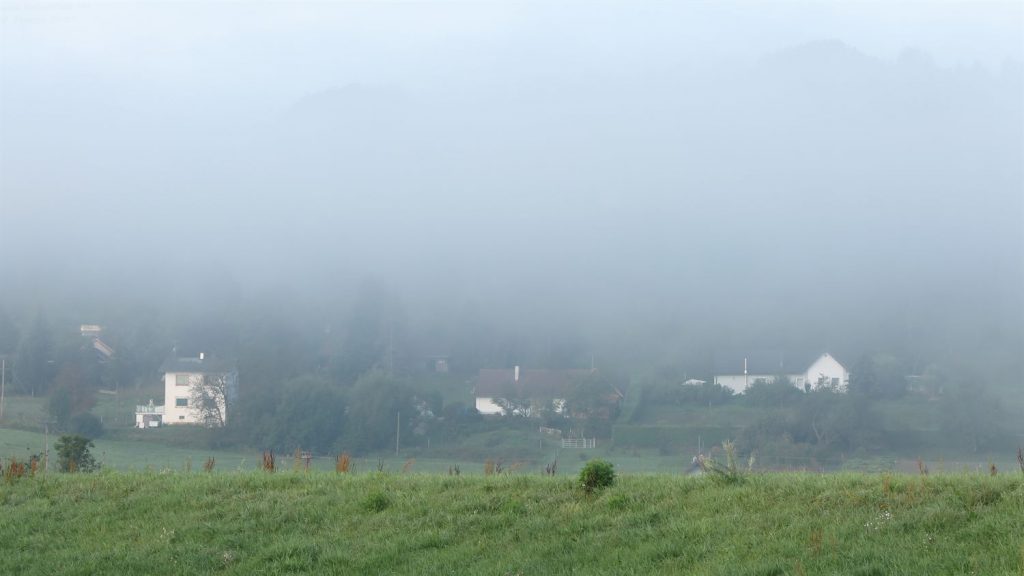 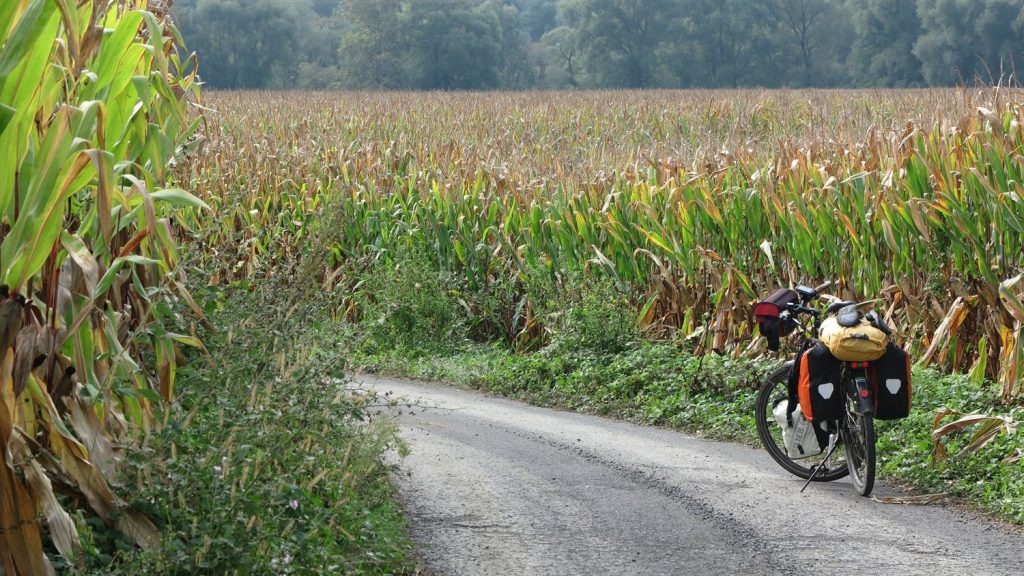 Through the maize fields

Apparently I have lost my way! For a few days now I haven’t been driving according to the saved track, but according to signs. But I guess I missed a turnoff because of all the looking. When I discover it, I am much further east than my way does well. Does that shock me? No, not really. After my self-knowledge yesterday I feel more relaxed today – at least when I don’t have to push up a mountain. I also take time again for an extensive lunch break at a quiet corner at the edge of the forest with a view over fields and villages. And from my navigation device I take a route to Mureck, my next destination and follow it through southern Styria. 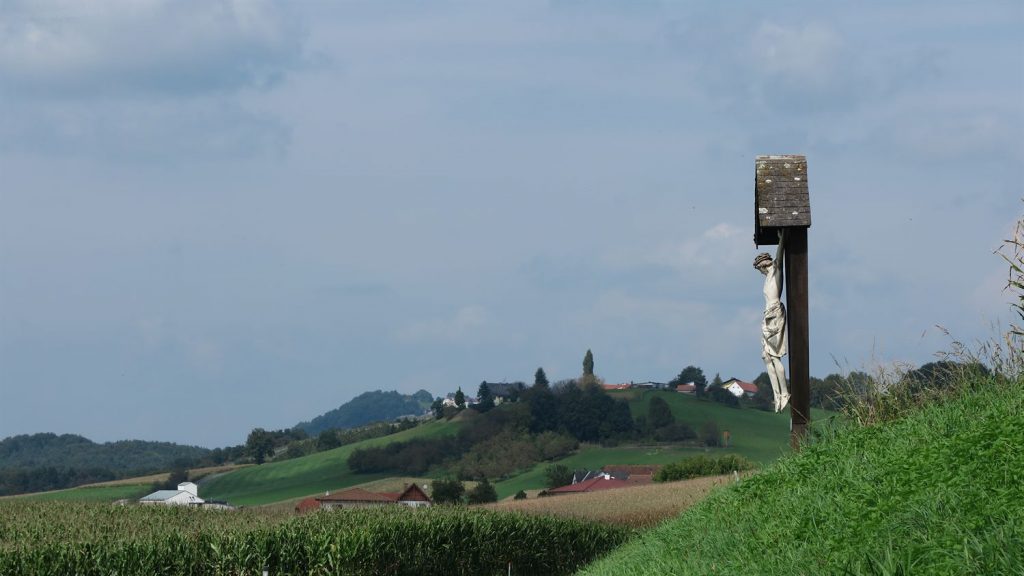 Often Marterl stand at the roadside 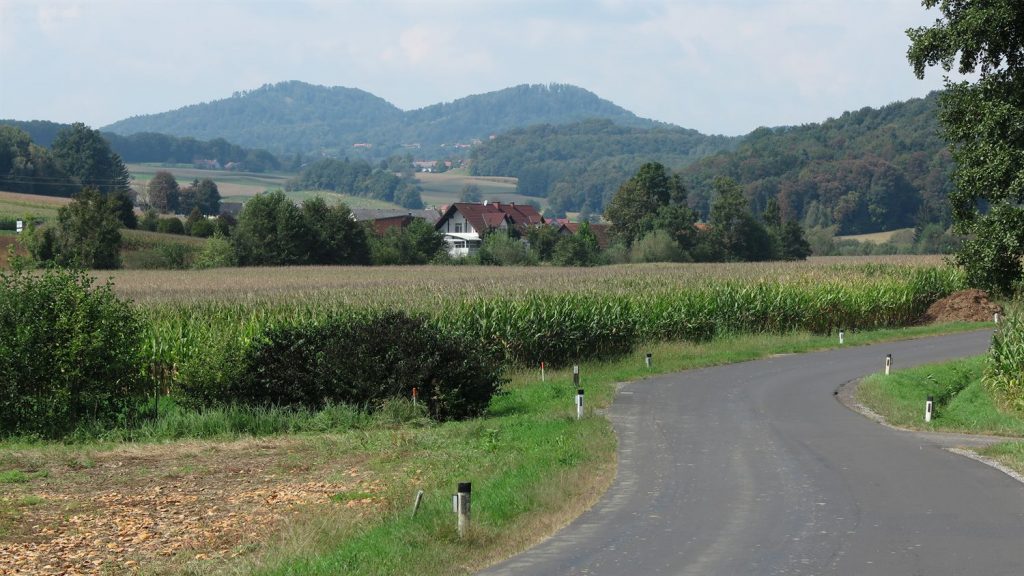 In the hilly country of southern Styria

On the way the autumn crocuses are already blooming. But apart from that the pumpkin harvest is running at its peak. For the production of pumpkin seed oil, which is popular in Styria and far beyond, the pumpkins are pushed together into lines on the fields and crushed by machine directly during the harvest, whereby the seeds are skimmed off. The machine spits out the shell and meat again, which rot and are probably ploughed under at the next opportunity. On the other hand, the pumpkins, which are completely used for cooking or decoration, are cut from the stalk by hand in the field and later washed by hand in the yard. 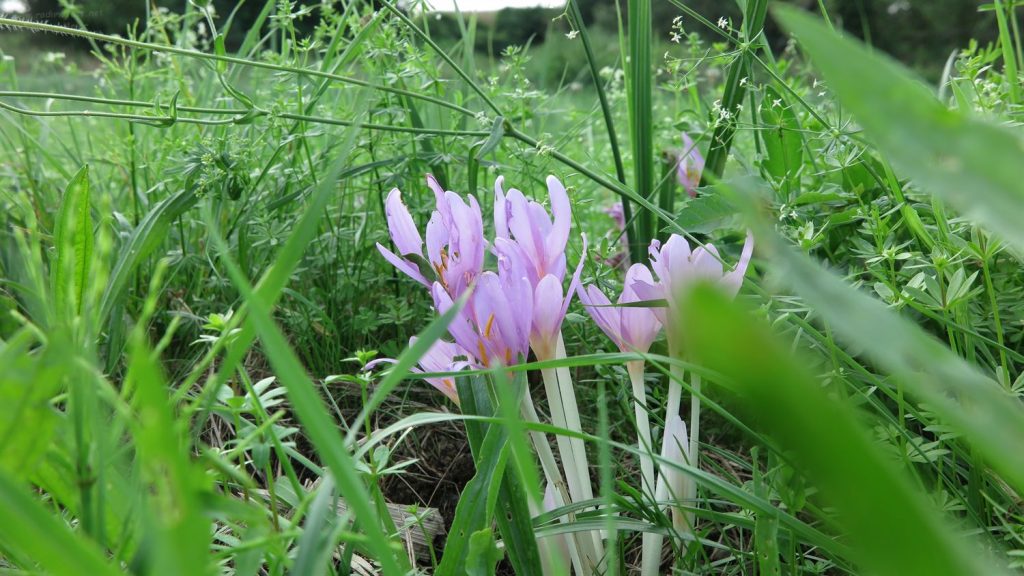 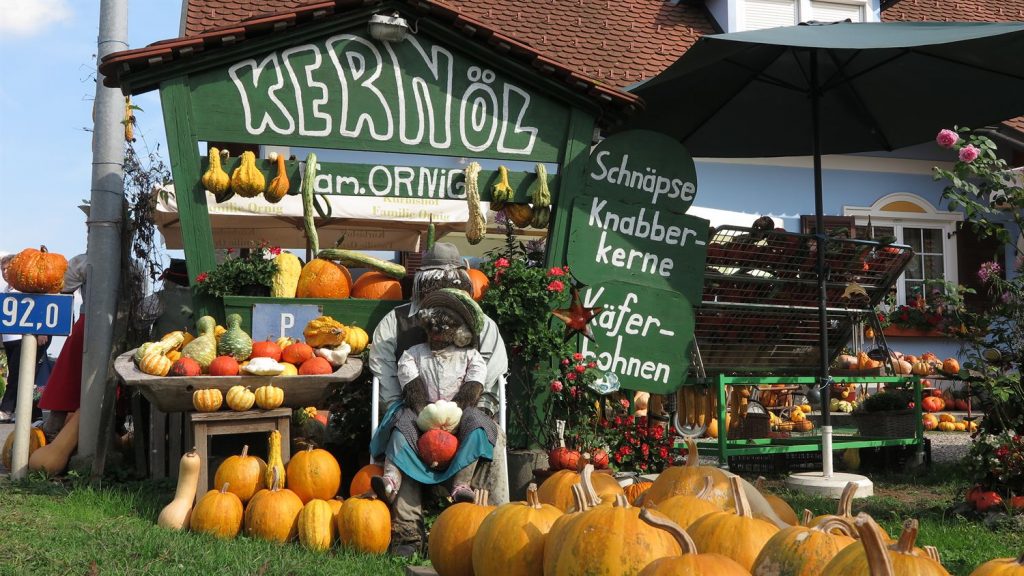 Often the farms offer their pumpkins for sale on the street 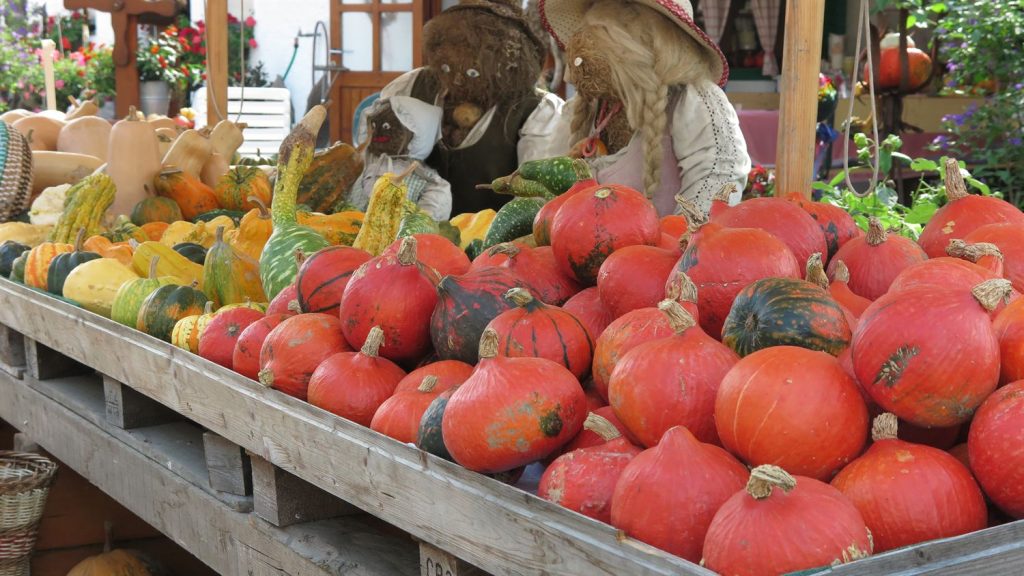 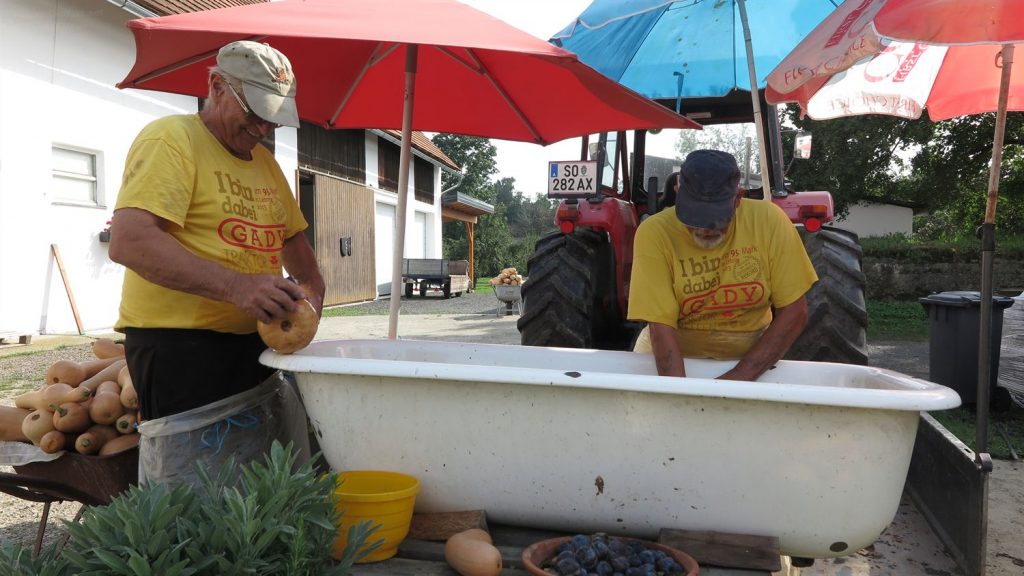 Until the fruits look sales-promoting, manual labor is required!

One Reply to “pumpkin harvest”