Why do you think the Wechsel (english: change) is called the Wechsel? Maybe because I’m changing from Lower Austria to Styria? Or because I have to change from about 400 to 980 meters? As a racing cyclist you’ll probably just get an appetite for breakfast. My goal for the day, on the other hand, is to get over!

I’ve just driven one kilometre, when a café appears on the left hand side. I can’t resist the temptation and so I have my first cappuccino of the day quite early. Or was it an attack of procrastination? But that doesn’t seem necessary at all. Because the way goes so leisurely uphill that I only notice the ascent by the fact that I drive a little slower than usual. It’s not really exhausting!

At least this is true for the first 10 kilometres. As if it wanted to punish my premature rejoicing lies, comes an ascent, which is so brutal that I have to get off and push. After all, I am rewarded with a beautiful view into the valley. Even when I can ascend again, it continues to rise steadily. The cosiness of the morning is at any rate gone! On the ascents the wind cools down quite a bit, but does it have to do that from the front? Can’t that also be done from behind? On the next curve it raises my plea. Thank you! 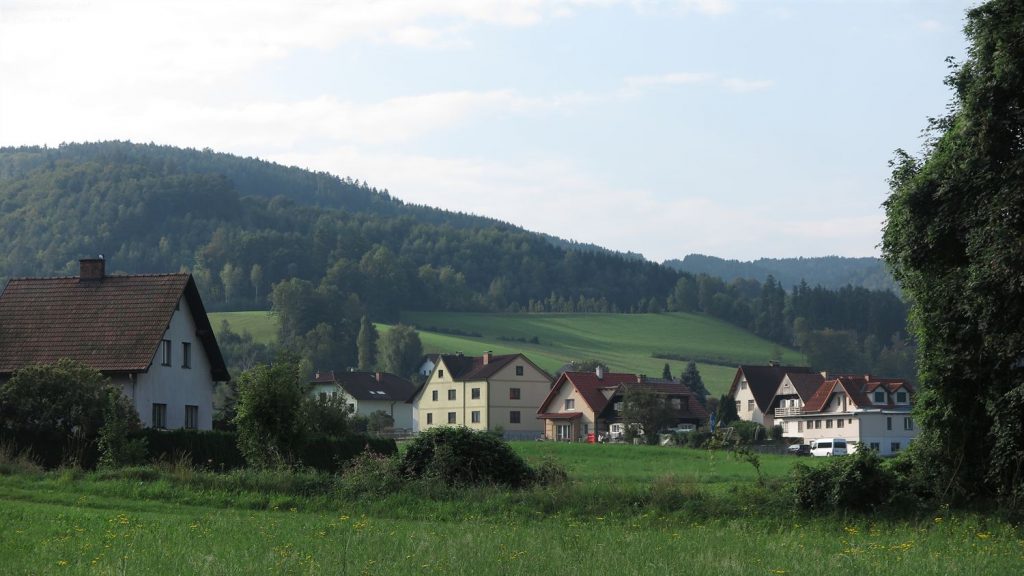 On the way to the Wechselpass 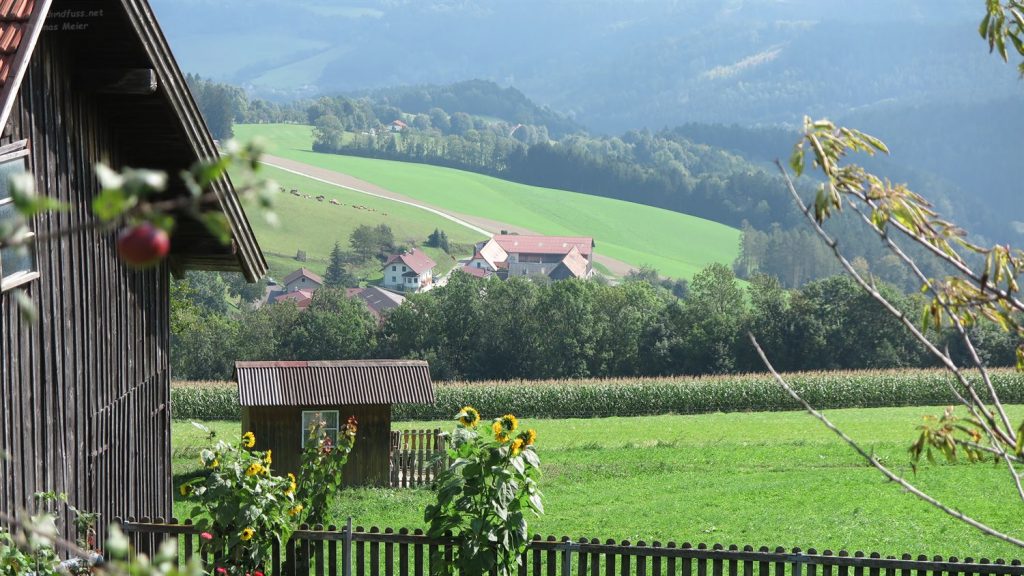 Another 10 km later, after another four pushing and two annoying downhill sections (after all, I have to climb all that again!), I’m in Mönichkirchen and thus quasi on the pass, even if it is not shown here. In Bad Blumau I want to have a look at the Hundertwasser-Therme. This is actually planned for tomorrow. But now that I’m already on the Wechselpass at noon, it should still be there today. I reserve a private room by telephone, as the camping site, which I had actually aimed for, is also not very cheap, in addition eight kilometres before Bad Blumau and in the private room price a breakfast and a 20% discount on the admission to the spa is included. Because of course I also want to go inside – finally sweat again! 😀 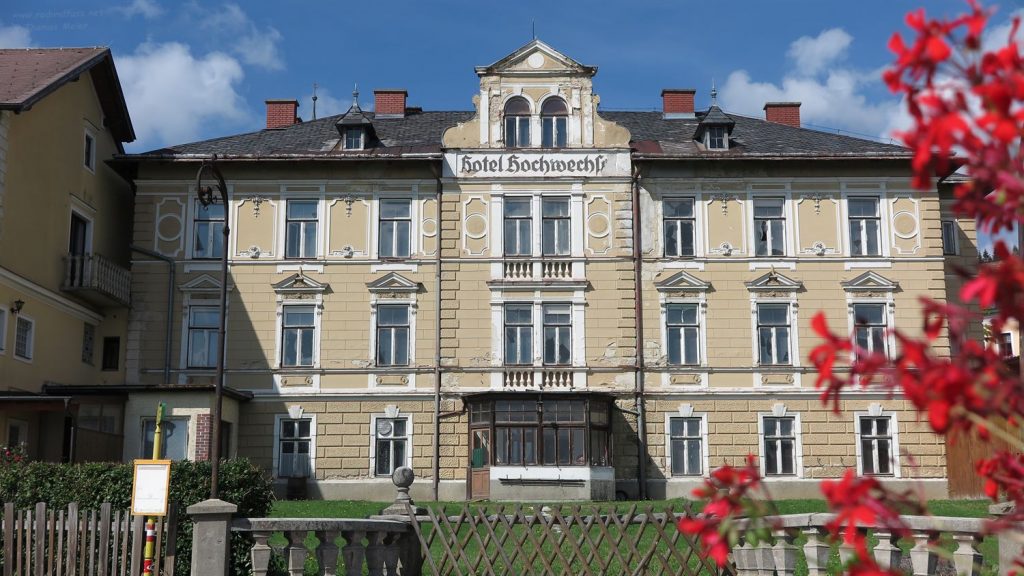 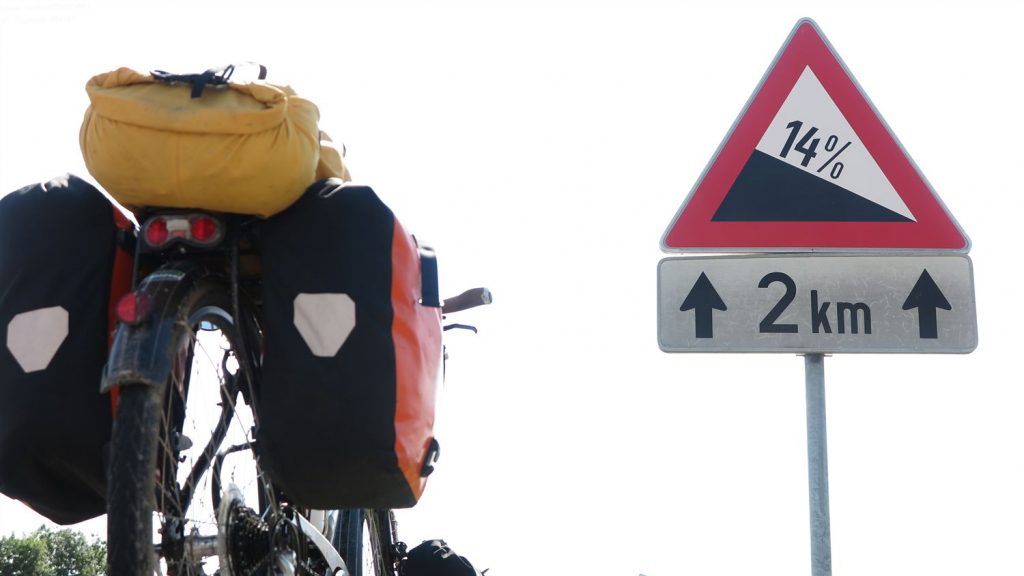 I’ll put up with it Downhill!

After the long descent it goes still more frequently up and down than I thought. The so called Bucklige Welt (hunchbacked world) was actually before the pass! But behind it it is much more hunchbacked than before! I almost feel like Sisyphos: as soon as I’m up a mountain, I roll down and the game starts all over again. After all, it’s not always the same mountain! In Bad Waltersdorf I have basically reached the bottom of the valley. But the Eurovelo still doesn’t have enough, runs on the slope and continues to play with the contour lines. But it’s enough for me for today. In the valley there is an almost flat family cycle path, which is now exactly my thing!

In the evening at the Hundertwasser Spa 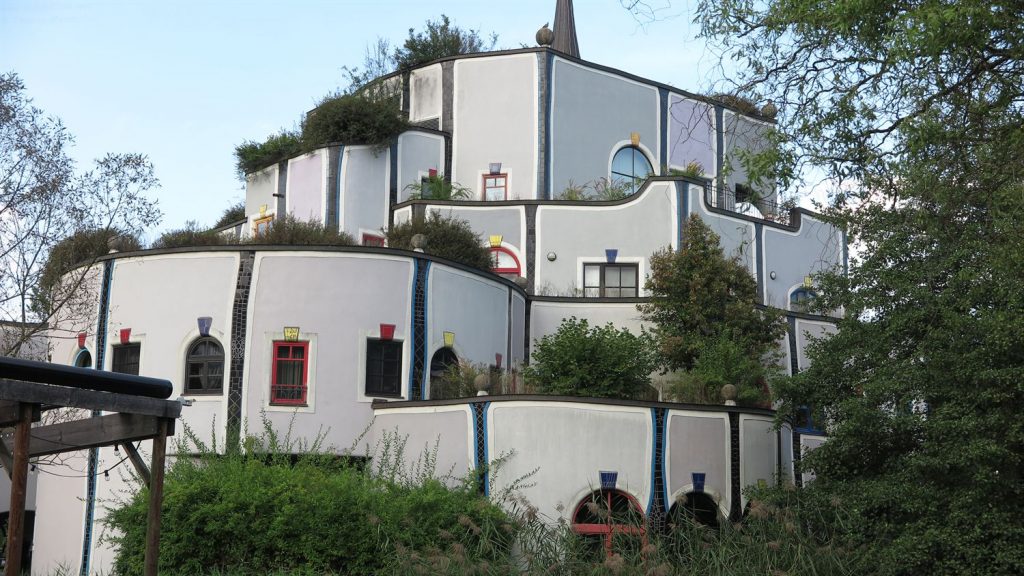 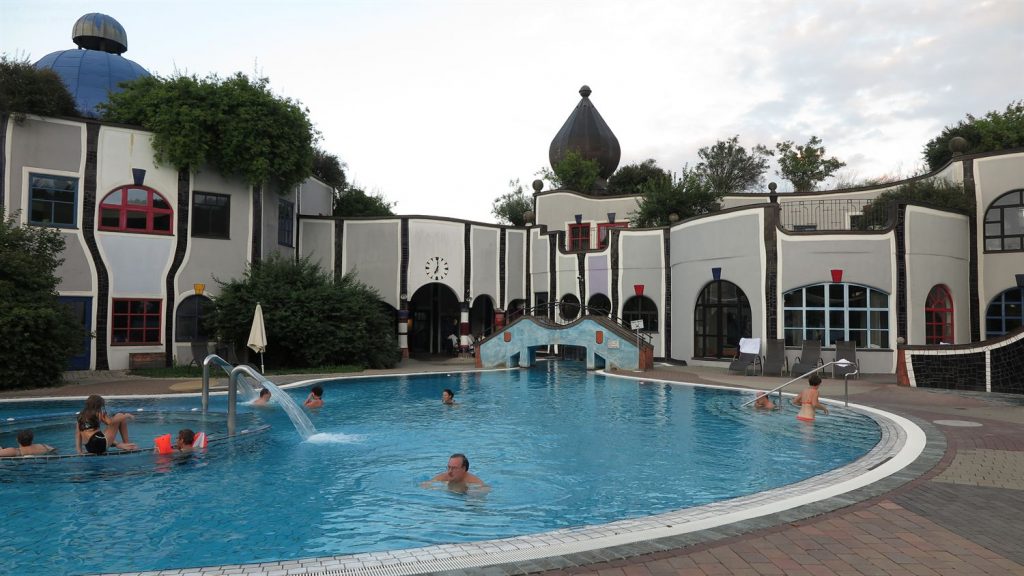 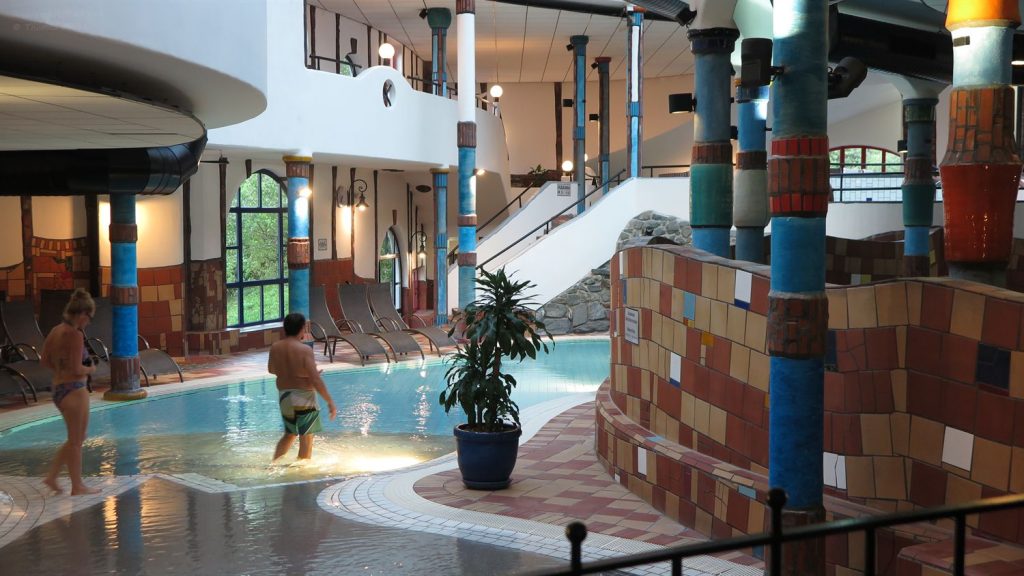 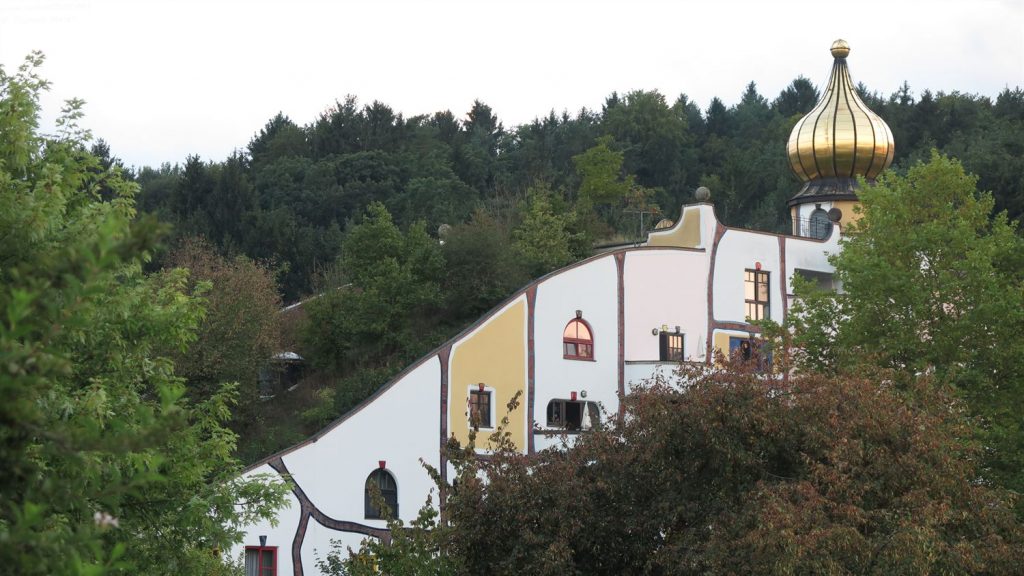 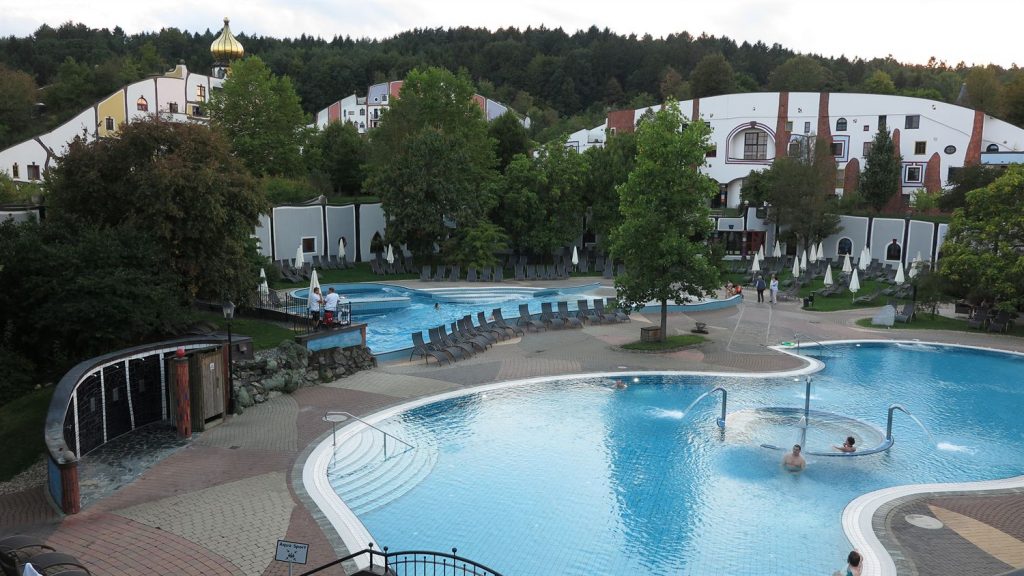 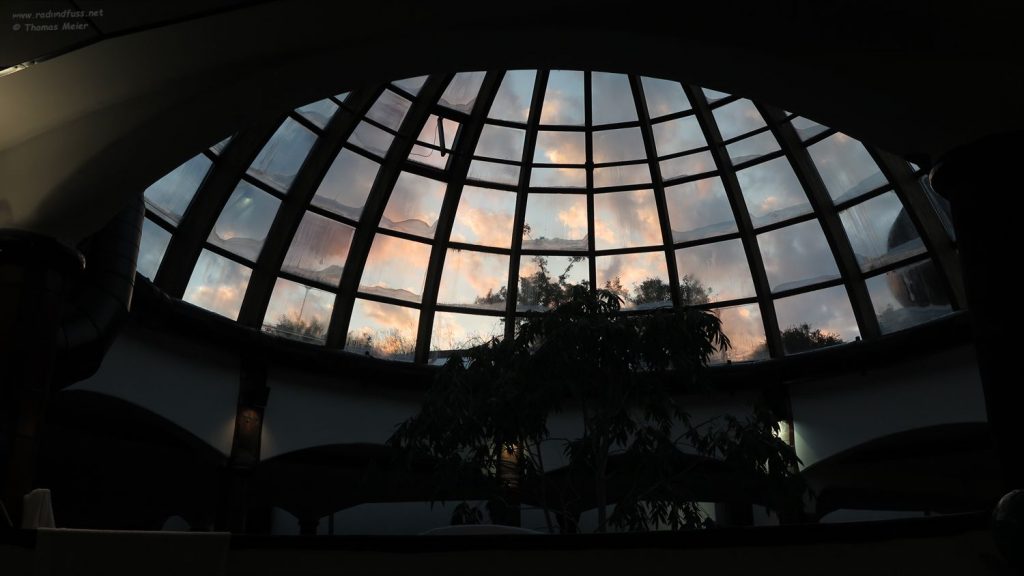 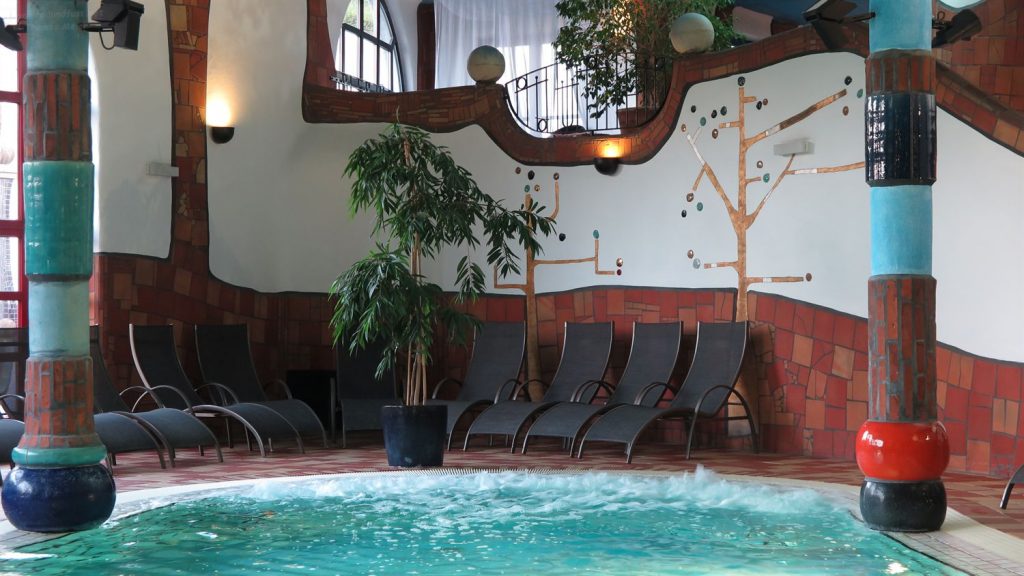 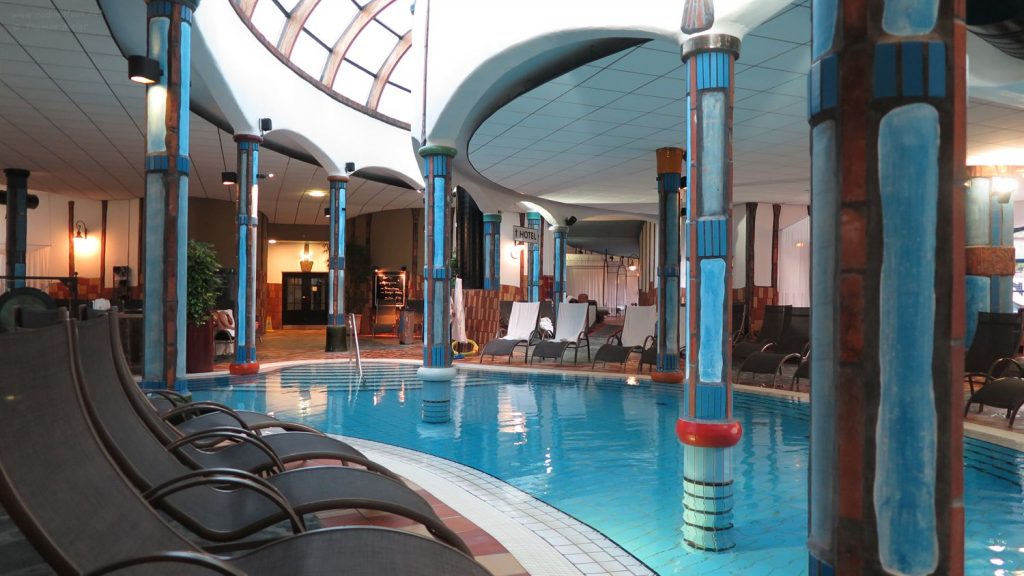 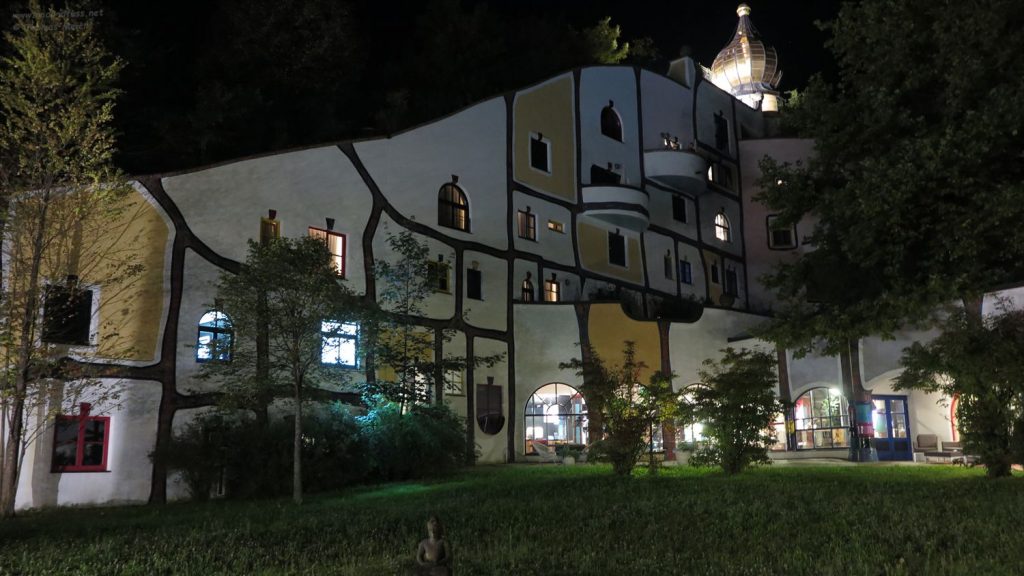 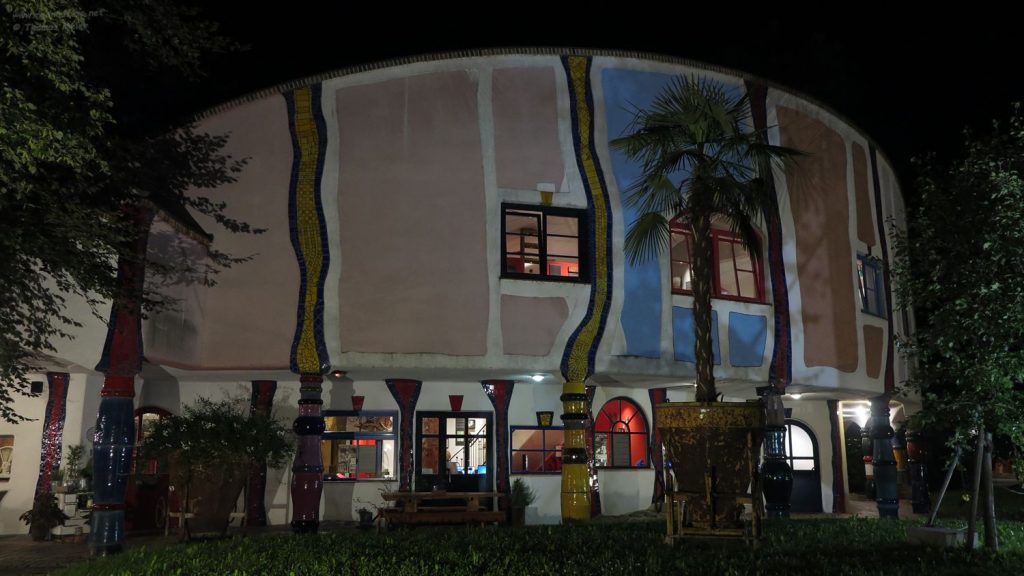 Uta did research, Leo and Andreas too. And they all come to the conclusion that it is a Japanese oak silkworm (Antheraea yamamai), a species originally native to East Asia, which was imported to Europe for silk breeding. While silk breeding was stopped sometime, some of the butterflies escaped from Slovenia in 1868 and slowly spread to Eastern and SE Europe. Some specimens have also been observed near Passau.

One Reply to “The Wechselpass”