I was driving a few kilometres when I remembered we didn’t take a picture. I felt so comfortable with you, Leni and Bernhard, that I would have liked to preserve the memory. But your hospitality will remain so unforgettable!

It’s not particularly warm this morning, but after another heavy thunderstorm last night and I’m glad I didn’t spend the night in the tent, it’s still humid. On a former railway line I drive accompanied by kestrels towards Vienna. Only my navigation device repeatedly struggles with me, because I follow the Eurovelo signs rather than the saved route. Because this is obviously no longer quite appropriate. Yesterday evening, Bernhard had confirmed that the communities have the freedom to decide on the route and that they can sometimes change it as soon as a better option arises. But for once the navigation device is probably right, I suddenly find myself on suburban roads – I must have missed a sign there! But many roads lead to Rome and also to Vienna. Soon we are together again.

Over the car-free Danube Island, a 23 km long ridge separating the Danube from the New Danube, I drive into Vienna. In Vienna you can surely spend days. Uta and I did that a few years ago. That is why I have only one focus today: Friedensreich Hundertwasser. Since we passed the Hundertwasser-designed station in Uelzen on a bicycle tour in 2009 and got a “toilet tour” from an artful toilet lady, I have been fascinated by Hundertwasser’s design ideas. Originally started as a painter, he soon advocated a more natural and humane architecture. He was the first to demand land unsealing and green roofs, the latter even in the form of roof afforestation. Stages there were the “window right” that demanded the right for every inhabitant of a house to be allowed to design the facade around his window and as far as arm and brush reach. Or the “tree tenant”, a tree that lives in the building and is supplied by one of the human inhabitants as part of the lease. Hundertwasser created his own architectural designs, but also worked as an “architecture doctor”, trying to revitalize existing buildings. Born in Vienna, he left some traces in his hometown. 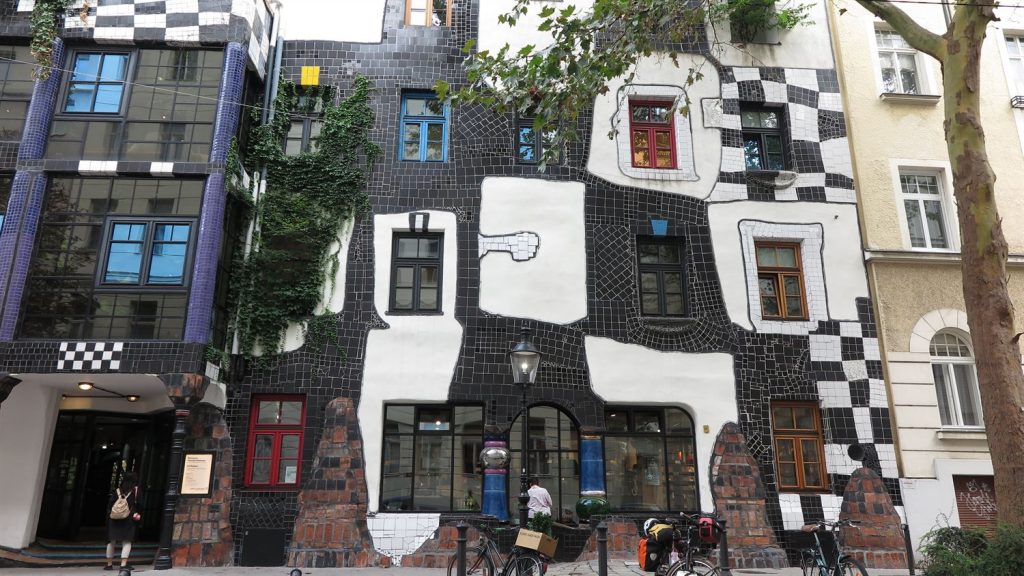 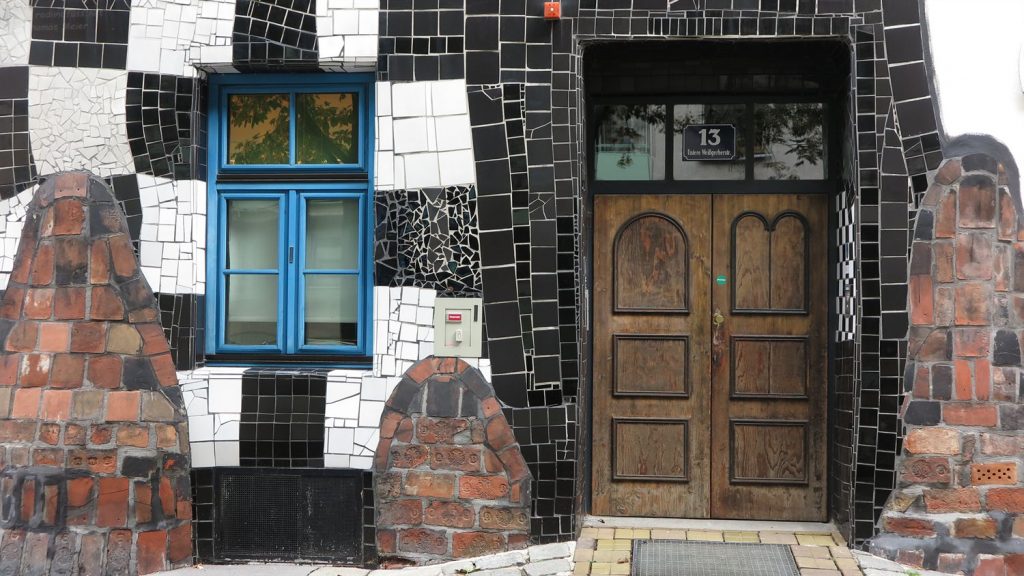 An entrance door at KunstHausWien 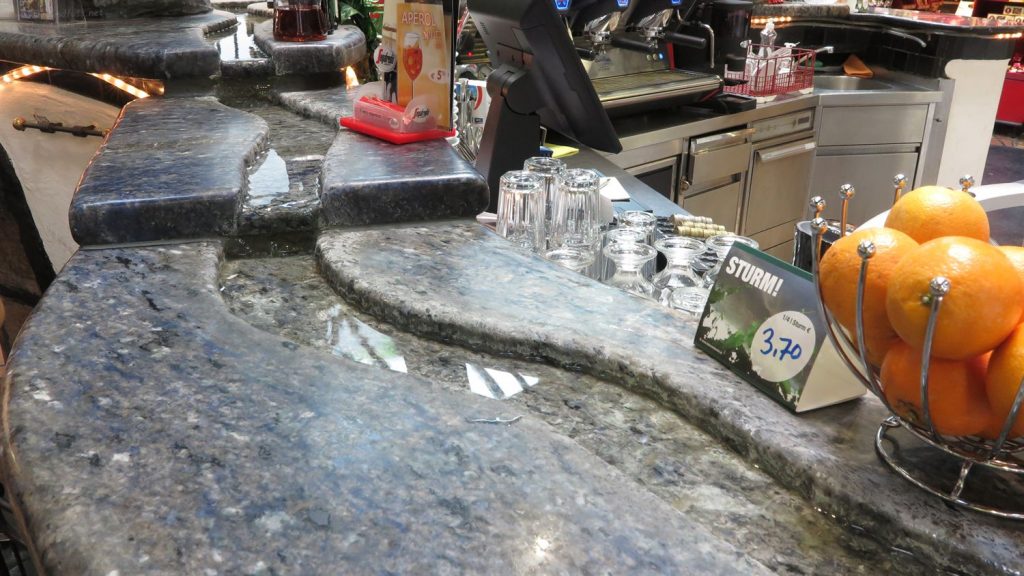 A stream runs across the bar in the Hundertwasser Village 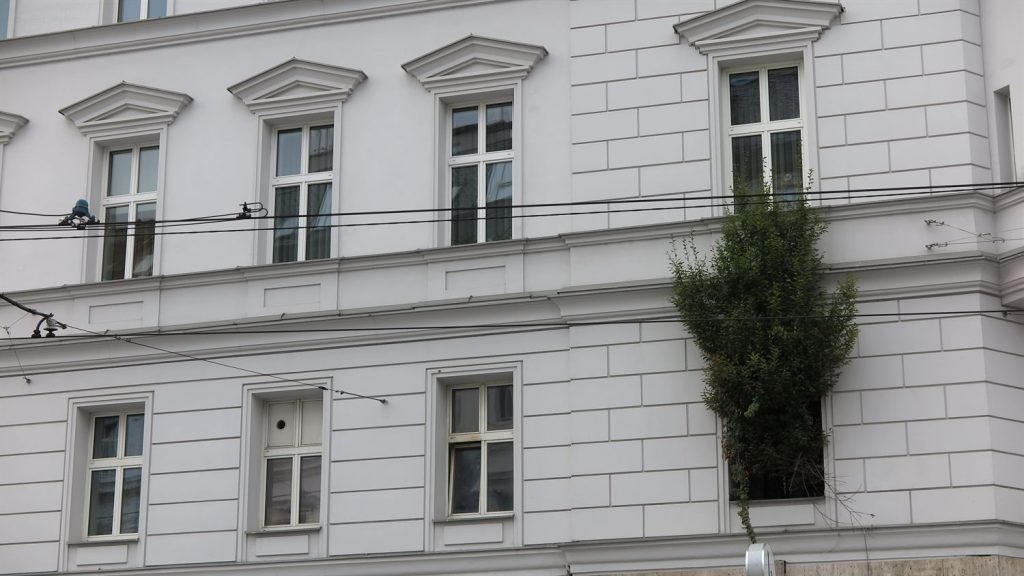 “The Tree Tenant”, an early object by Hundertwasser 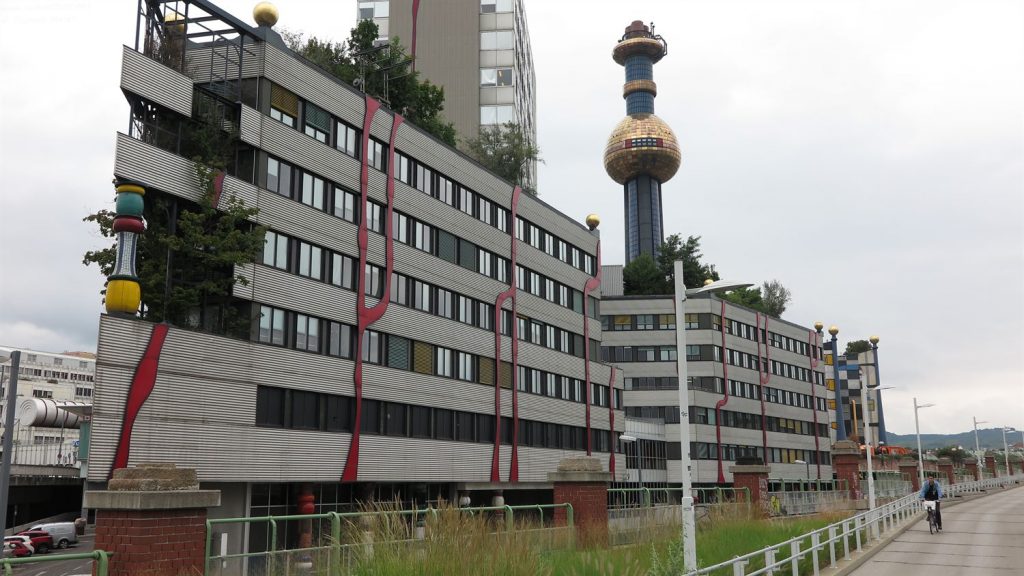 The Spittelau district heating plant, an architectural redesign by the “architecture doctor”.

In the evening I am warmly welcomed by my new warmshowers-hosts Konrad and Lilli. Warmshowers is really a great institution!