Although Jan and Zdeněk have to leave the house at 7 in the morning (Jesús and I too, of course), they prepare a breakfast for everyone. Thank you very much, boys – that was hospitality at its best!

I cycle from Olomouc, which lies behind me in the morning mist due to the early time. A dismantled bridge on my way provides the first surprise. But travelling is not only educational, it also keeps you flexible! An alternative is quickly found and I continue to Prostějov when the path just before the center suddenly swings onto a small forest path on which a kingfisher flees from me. What a contrast to the busy road I was on shortly before! 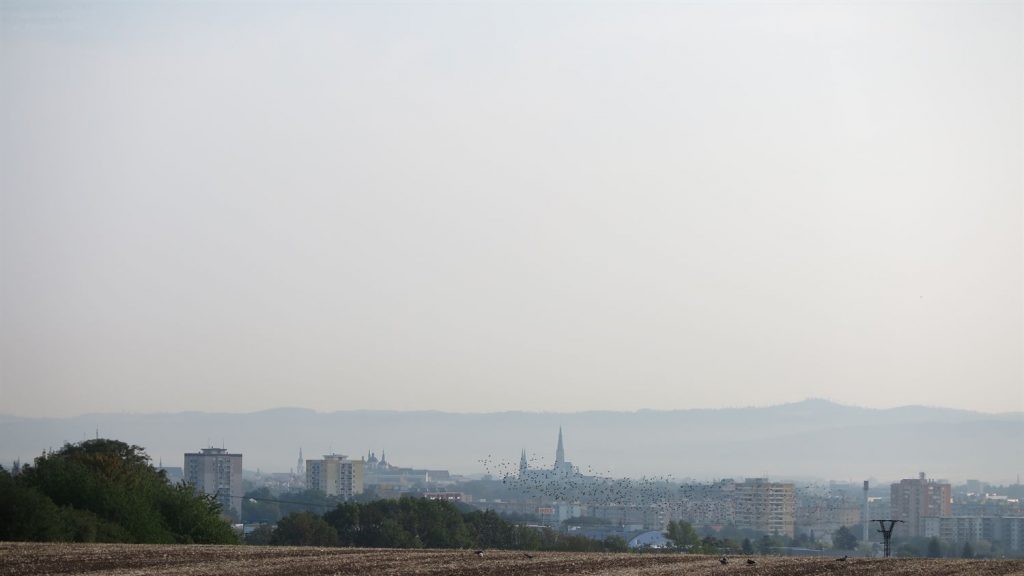 Olomouc in the morning mist 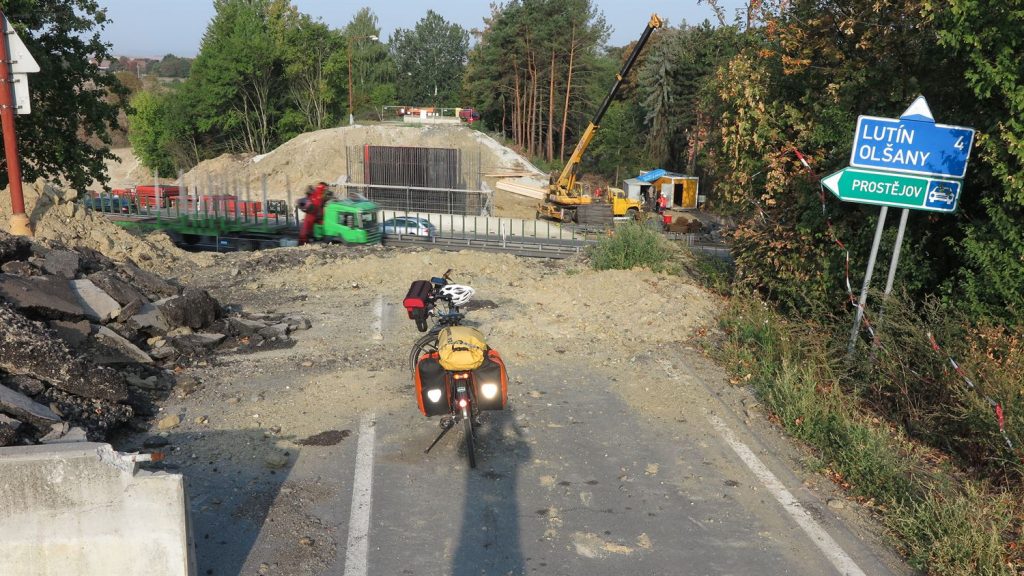 Hey, this is supposed to be my way! 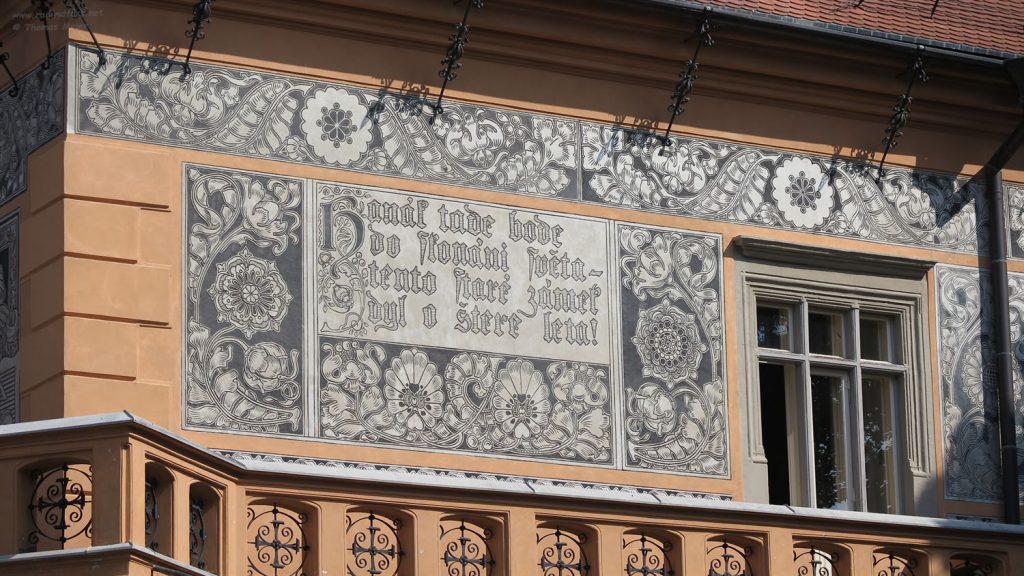 In Prostějov I take a longer coffee break, during which I also create yesterday’s blog entry. On I pass the Plumov Castle, a strangely tall and narrow building, but picturesquely situated above a reservoir. The whole thing becomes understandable when one learns that it is a generously conceived but unfinished noble residence from the 17th century. A bit further I see a Eurovelo9 sign for the first time. I had to drive 1242 km for it! 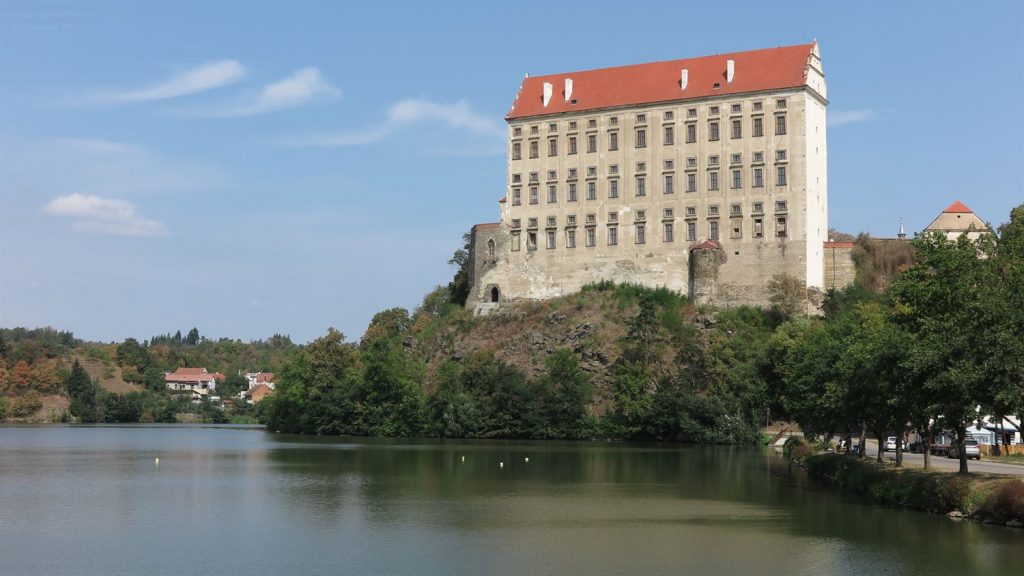 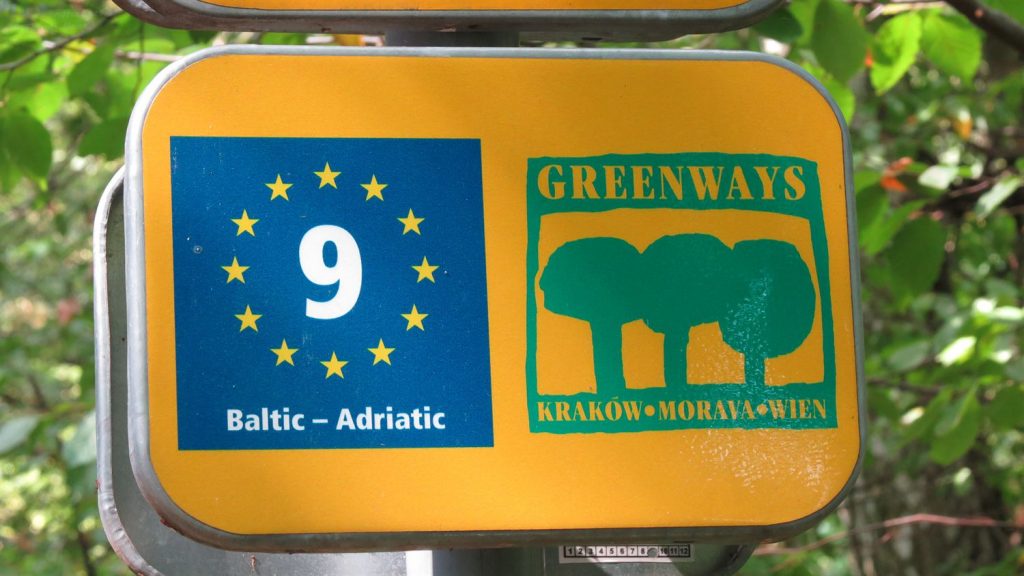 After 1242 driven kilometers the first hint that I am right 🙂

And now it goes up into the Moravian Karst. Slowly the path winds asphalted and car-free following a narrow valley up to 625 m height, flanked by steep, rock-covered beech and oak slopes. Again and again I am overtaken by other cyclists, without, but also with a motor, who also appreciate this track. However, I find the electrified fat bike, which hums past me like a hornet, quite silly. Obviously the Q7 among bicycles! Towards the end the path gets steeper, but it remains just in the frame so that I can drive it with my luggage. 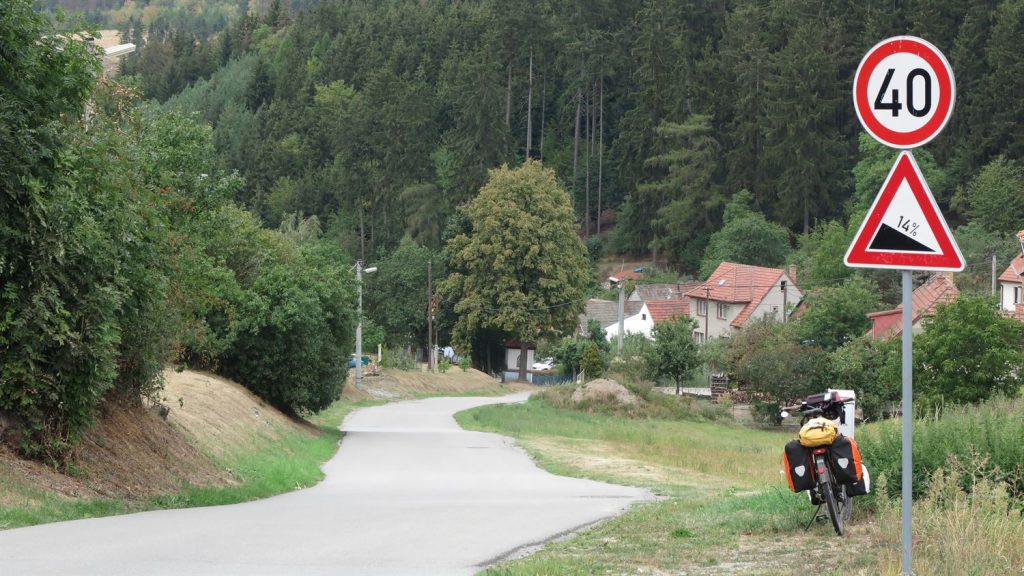 I’m glad I get to go down there! But who knows what comes after that?

Arrived in Sloup, the question arises, what next? It’s early afternoon and there’s a campground here. The next one is about 10 km away. In between are the Punkva Caves, which I really want to see. And the weather forecast has announced a thunderstorm coming from Austria, which should be here in about an hour and a half. After that, it’s supposed to keep raining. I could “sit out” the thunderstorm during the cave visit. But then pitch the tent in the rain? I decide to pitch the tent here in Sloup in the dry and to move the caves to tomorrow.

By the way, the thunderstorm apparently didn’t get through customs! And so far there is nothing to be seen of the rain either.

2 Replies to “In the Moravian Karst”