After 7 degrees Celsius at night I am happy when the sun comes out in the morning, warms the man and dries the tent (at least one side). When I start driving I forget to switch on the track recording again, which I only notice after eight and a half kilometres when I take a coffee break in the small village of Paczków. Coffee break? After eight and a half kilometers? Well, breakfast wasn’t so lavish today and coffee actually always works anyway – and especially with a piece of cake 🙂

Because of its old town and its almost completely preserved city wall, Patschkau was regarded as the Silesian Rothenburg, today as Polish Carcassone. At the moment it is unfortunately a huge construction site, but when it is finished, the visit will be worthwhile! Speaking of Silesia: I no longer drive through Lower Silesia, but through Upper Silesia. 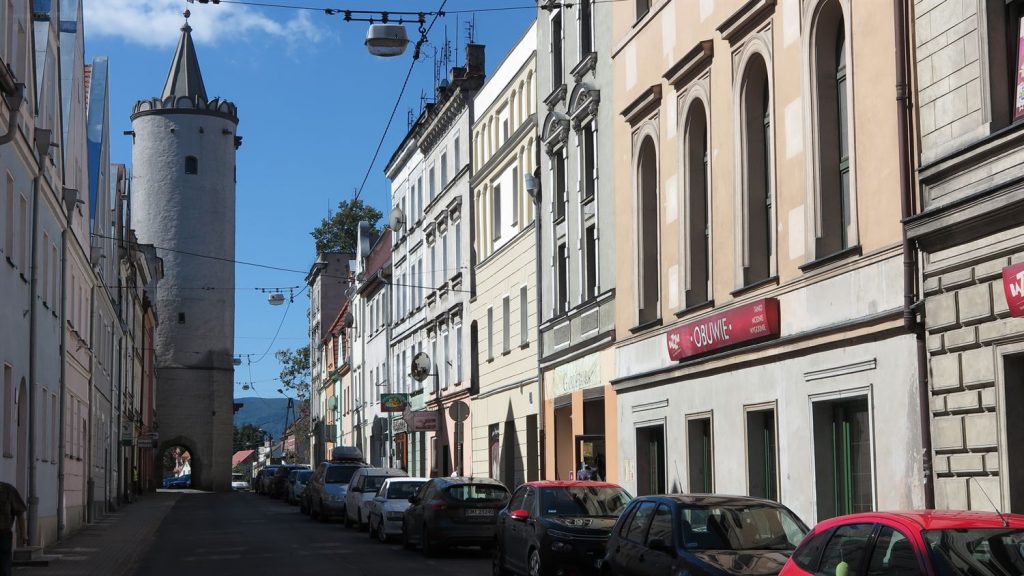 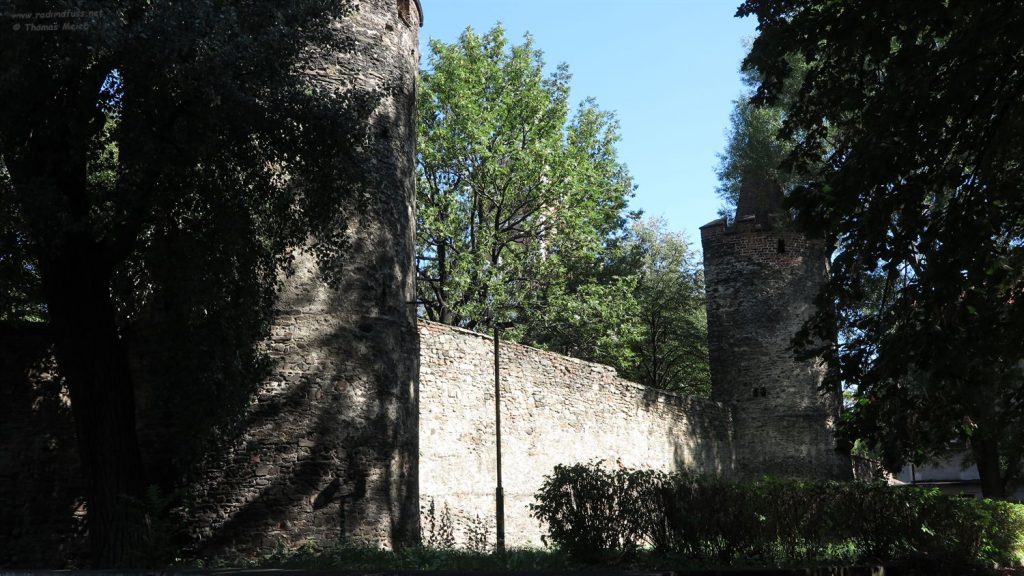 a whiff of Carcassone: the town wall

Along the Sudeten, a geologically ancient and once mighty mountain range, which over the course of millions of years has trimmed erosion on forested hills, it continues steadily eastwards. With Głuchołazy (German: Bad Ziegenhals) I reached the last place before the Czech border. The last Złoty are given out for an espresso and an ice cream (ok, also for a can of beer for dinner) and the very last I give to a boy on a bicycle, who won’t accept them at first. Only when I tell his mother, who comes along shortly afterwards, that I am going to the Czech Republic and no longer need her, he accepts. 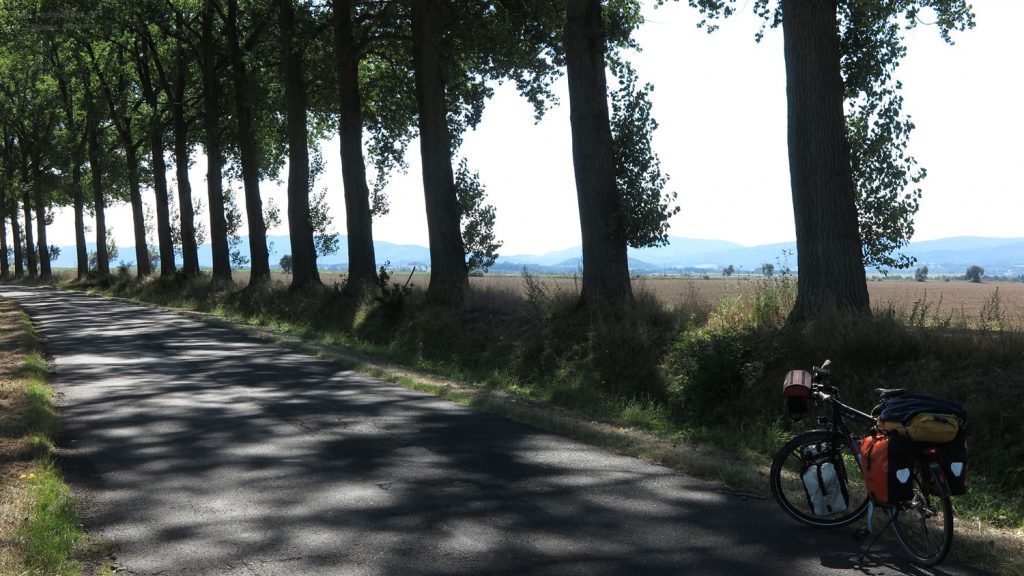 Avenue with a view of the Sudeten Mountains 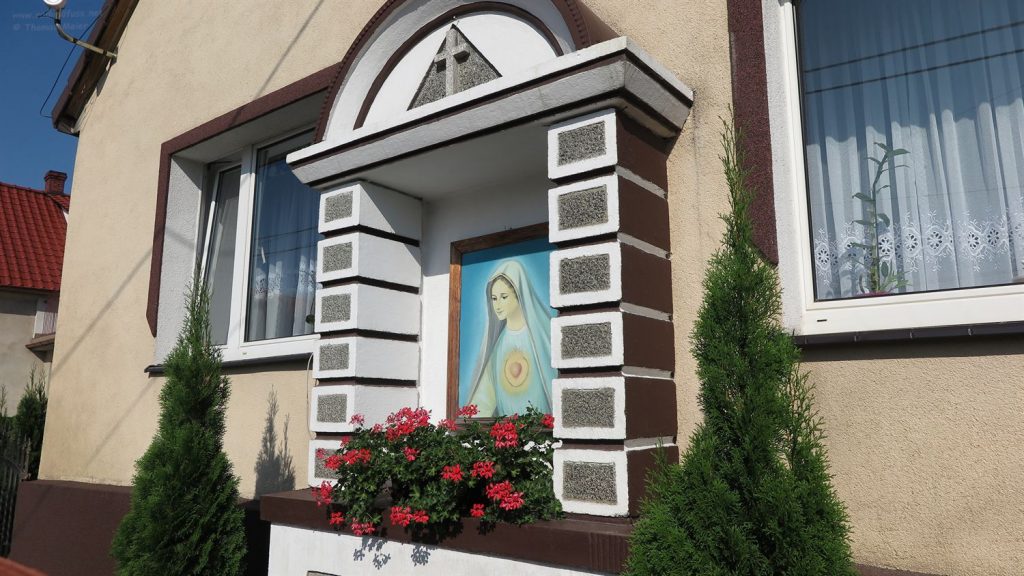 deep-rooted piety is sometimes already expressed on the house wall 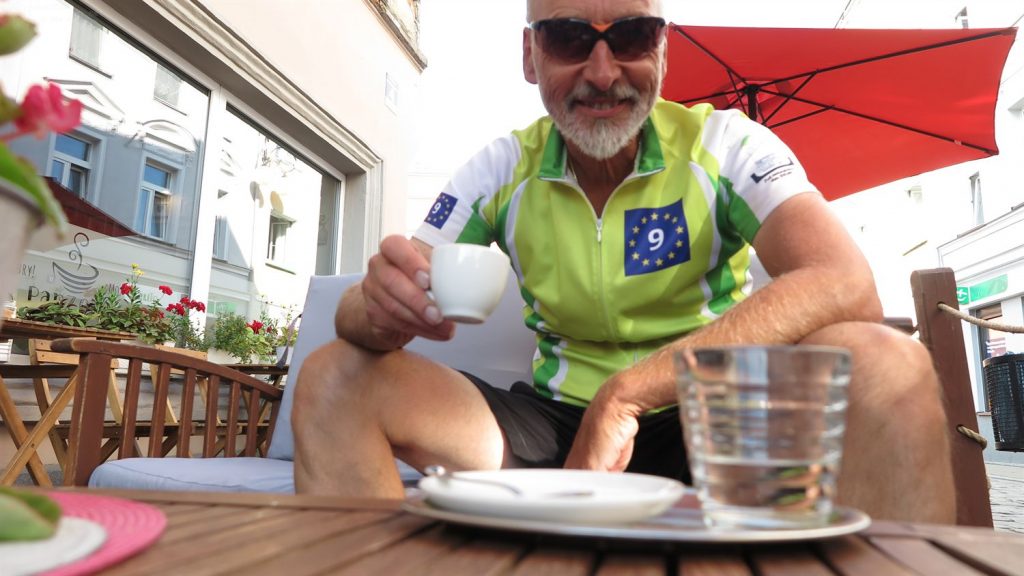 And suddenly: Czech Republic! The level crossings are no better than in Poland, the bike signs are yellow now, the side roads with even less traffic, but better asphalted, the Eurovelo 9 is now called 54 – at the beginning. Later it becomes a 53 and as I can see from a map, this changes a few more times. I wonder when I will see the first official Eurovelo 9 sign. It keeps going up and down, with short knockers of 8 – 10 percent gradient. Yes, you racing cyclists, it’s a piece of cake for you, but ride it with a touring bike packed for several weeks! But the further I get into the mountains the more beautiful the landscape becomes. 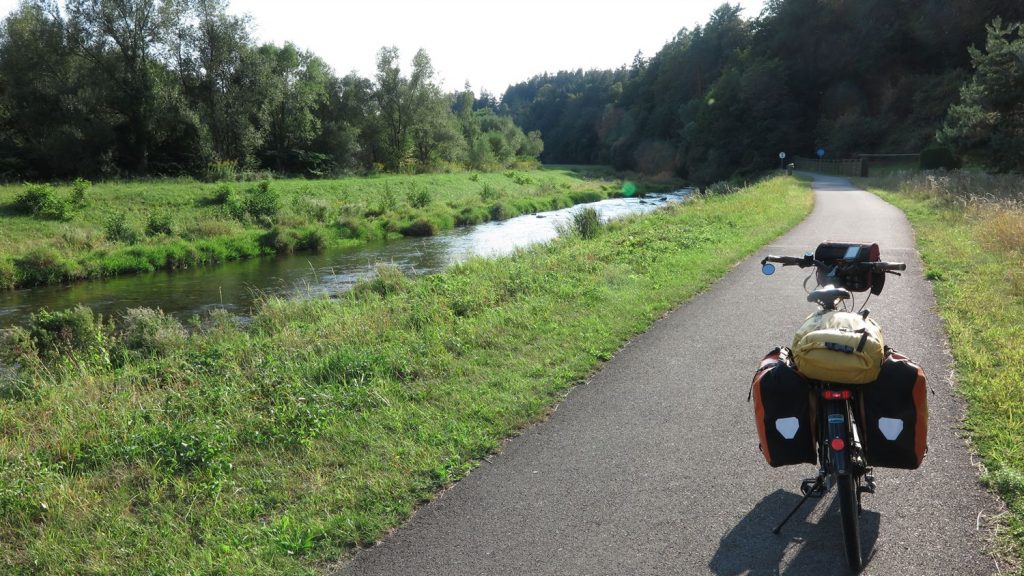 To celebrate the day I spend the night in a guesthouse.

One Reply to “Do widzenia, Polska!”