In the morning I drive a little bit in a circle, because my GPS and I can’t agree on how to get out of Gostyń again. But of course we soon reach an agreement and leave the city on country roads, first with a separate cycle path, unfortunately no longer afterwards. Here the rear-view mirror, which I had already mounted before the Elbe tour, pays off. This way I can always see in time what comes rolling onto me from behind and whether, for example, a truck train keeps sufficient distance. But in general I must say: Polish drivers (including trucks) are very considerate towards cyclists. Those for whom this only applies as long as there is enough space and no oncoming traffic are actually few.

After a few kilometres, the route continues on secondary roads through rural Wielkopolska. From time to time I see a buck windmill, or better said, only the buck, the windmill is dismantled. The wooden foundation stands alone in the area and probably also wonders what else it is supposed to be doing here, without any reason to exist. Otherwise I probably drive not only through the grain chamber but also through the meat and sausage chamber of Poland. It smells of manure everywhere and it must come from somewhere. I am slowly looking forward to the Austrian Weinviertel! 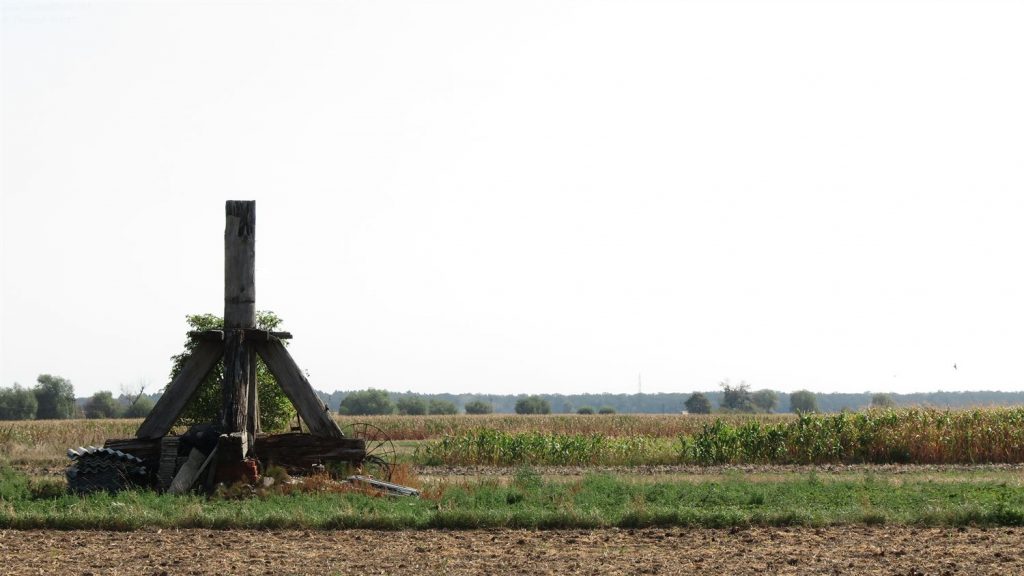 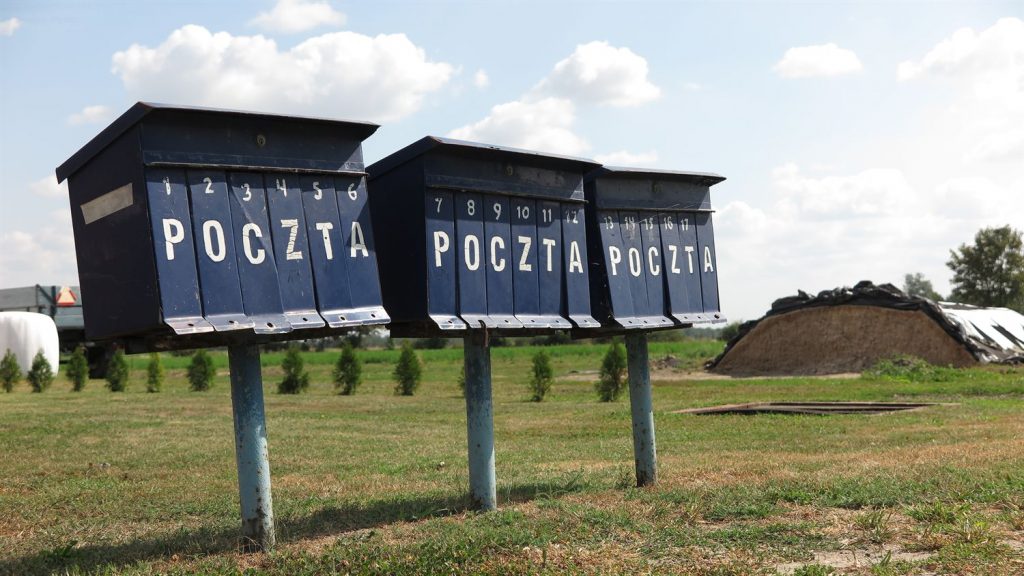 In the small villages the houses are simply numbered but are several hundred meters apart and in different directions. The letterboxes are therefore located in a central location – usually at a bus stop.

Today it should stay below 30 degrees, for tomorrow 34 are predicted. Even on days like today, between breakfast and dinner (both exclusive) there are three litres of liquids. Whereby: actually hardly anything goes through there, most of it just evaporates! Therefore I will drive as far as possible to Wroclaw / Breslau and have a sightseeing day tomorrow.

In the afternoon I drive through a beautiful lake area with geese, herons, swans, ducks, accompanied by frog-quake from the reed belts. This is where I’d like to spend the night. But Wroclaw is still too far away. And besides, there are signs everywhere that mean “breeding ground – no trespassing!” 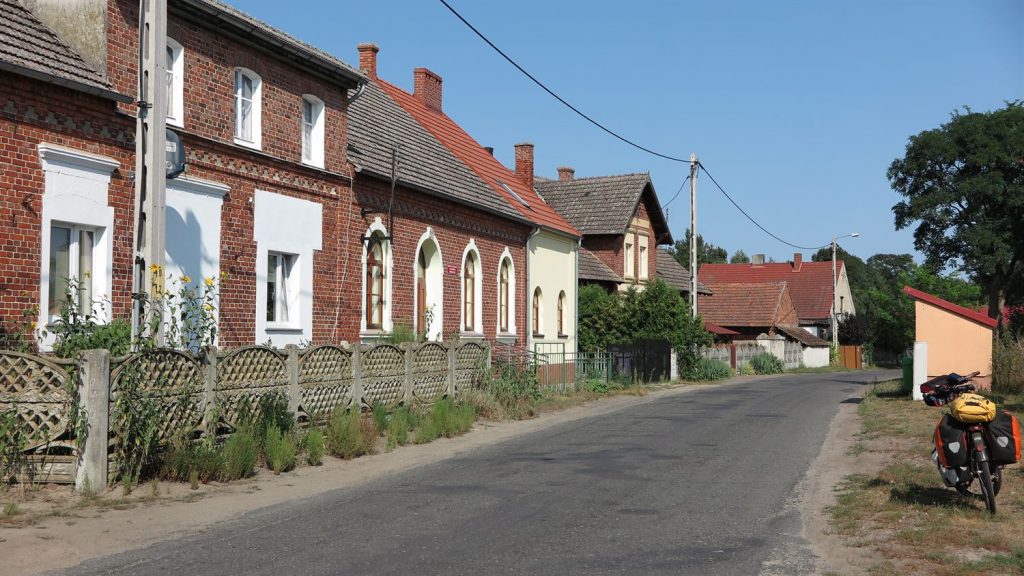 may look idyllic, but it smells of manure! 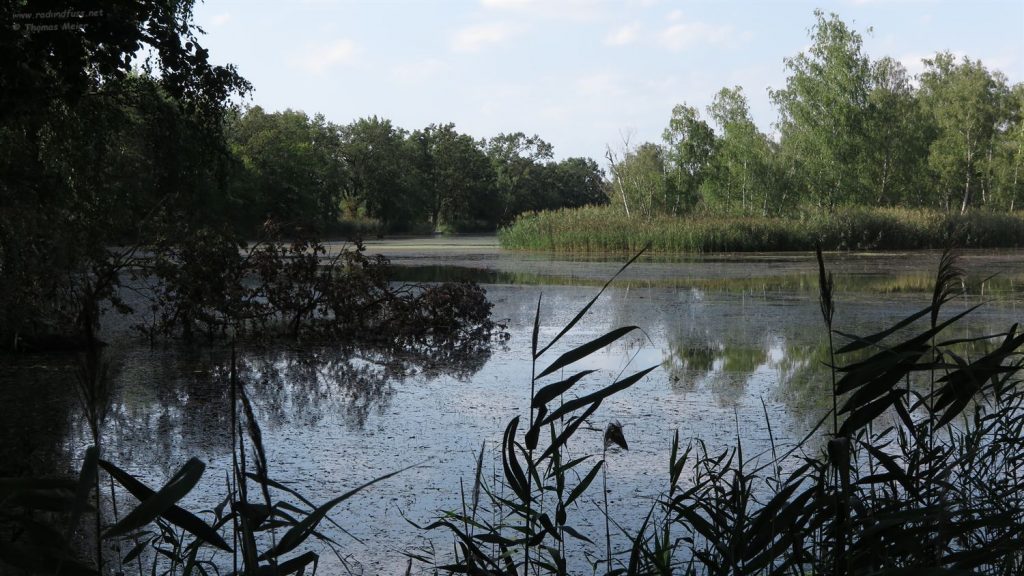 At the lake district near Ruda Sułowska

After the lake district it goes again by forest. This is similar to my local Kottenforst – only sandier. And unfortunately, the sand pits and pushing sections won’t be long in coming. Not that I’ve got used to it, but in between I can get a hundred meters without losing my balance and having to stop. With a fully packed touring bike this is already a black piste! And finally the way remains permanently a sandbox and I have to push almost one kilometer far. Afterwards the legs look as if a shower would make sense, because sand in the forest is much more humid than sand on the beach. I stick with it: black piste! 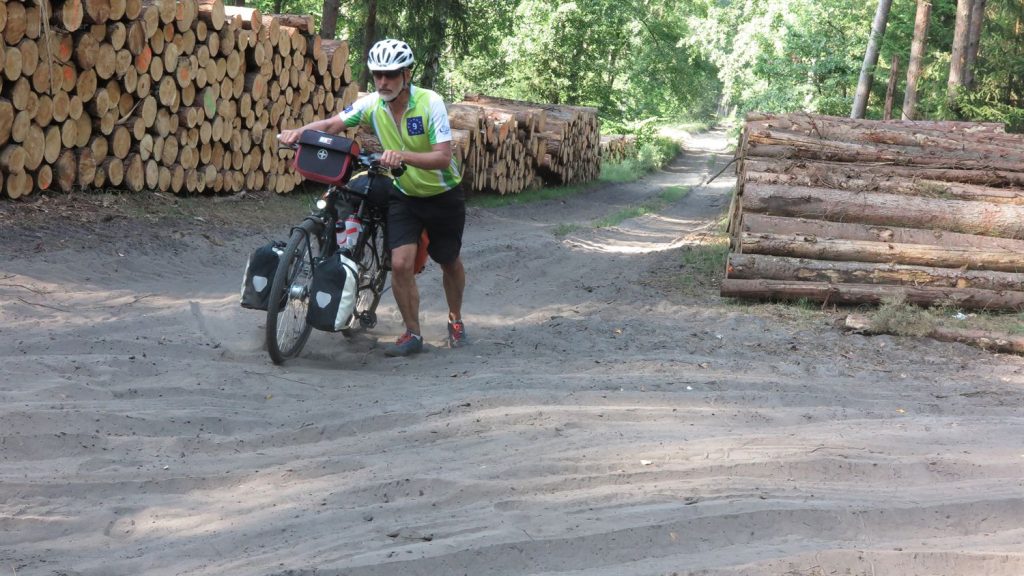 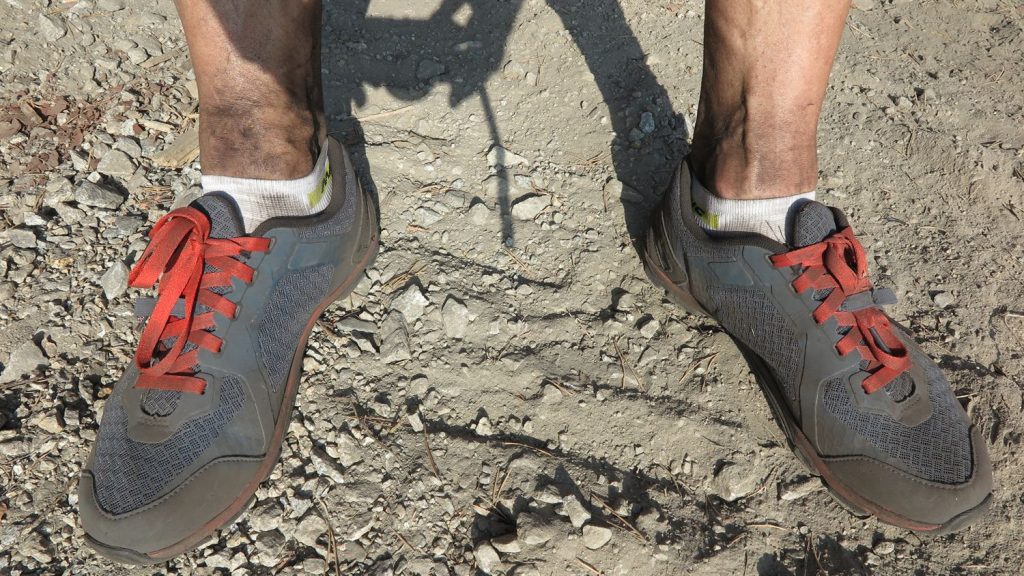 Trzebnica / Trebnitz lies already in Lower Silesia and in the Cat Mountains (or also Trebnitzer mountains), a ground and end moraine landscape. Here stands a Cistercian abbey from the 13th century. Duke Heinrich I donated it at the request of his wife Hedwig von Andechs, who was promptly canonized – just four years after her death – and has been venerated here ever since. Dirty as I am, I still want to take a look inside when a fair is just starting, which is why it will be a short look. Religious ceremonies and photographing tourists do not fit together in my opinion. 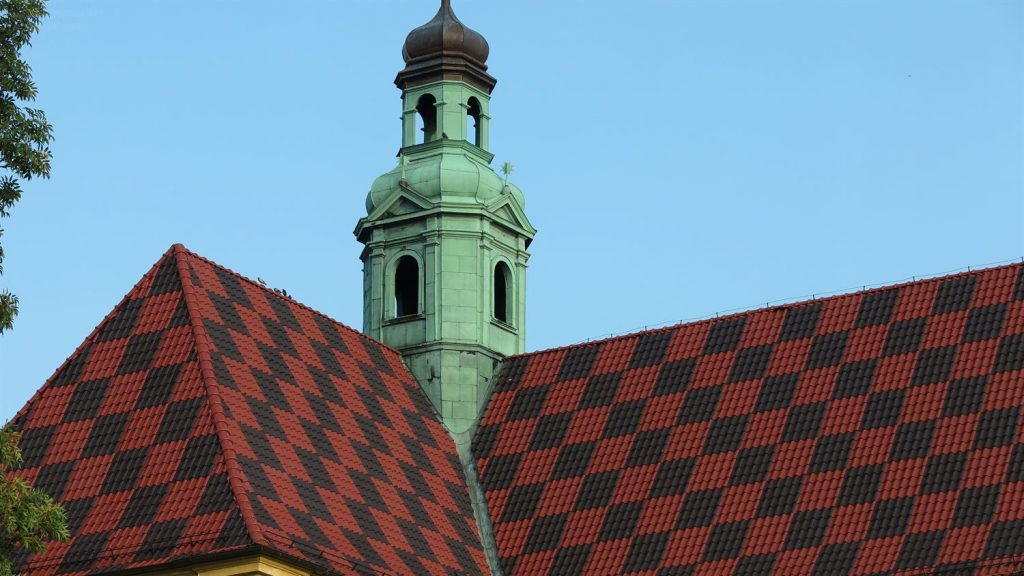 crossing tower of the monastery  church of Trebnitz 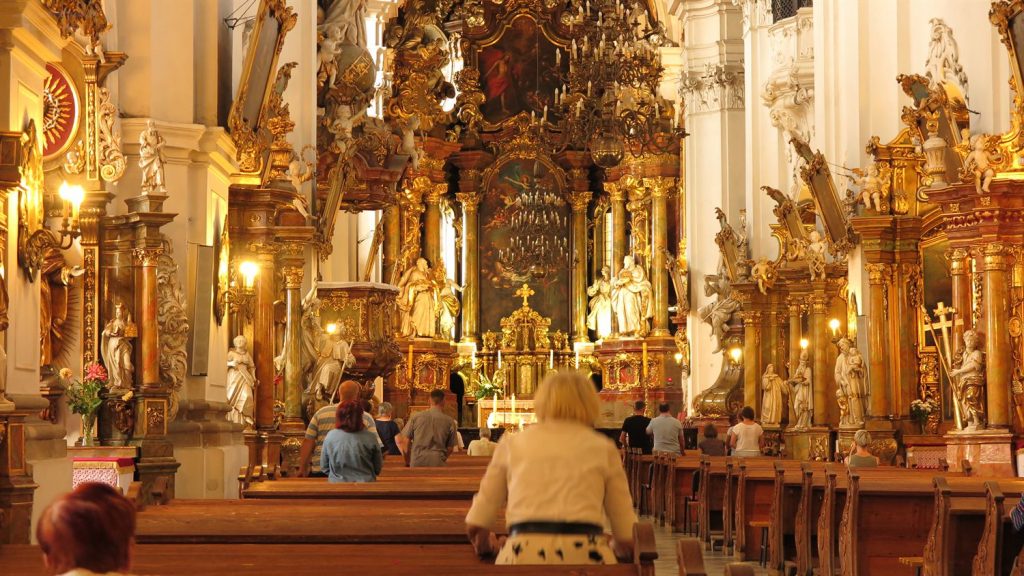 In the monastery church

Oh yes: I buried all plans for an outdoor overnight stay after the pushing distance. I really don’t want to do those legs to my sleeping bag. It’s going to be another cheap hotel.