Andy, my warmshowers-host lives on the outskirts of Poznan (which was not quite visible in his profile). And since this is not at all in the direction of my onward journey, I now have to enter the city again for 11 km. Via arterial roads, which I hate on the one hand because they are so loud and love on the other hand because they have good cycle paths, I then get out of the city again. Six kilometres behind the city centre I cross the A2 from Warsaw to Frankfurt/Oder and I know Poznań behind me.

I leave my Eurovelo track, which remains on the busy road, in order to drive into the Wielkopolski National Park along the Warta on quiet side roads. The paths become narrower, I drive past small ponds with reed belts, where dragonflies accompany me and then through pine forests. The sand tracks and also the sections over “stick and stone” (or roots) increase. But if you like cycling through the forest as a child, as I did, you will still have a certain amount of fun, even if the journey vehicle is a little more difficult to steer. However, it stops at the sand tubs, which appear again and again and then force me to jump off. The track is certainly popular with mountain bikers – I meet some of them. Funnily enough, the trail is marked as a normal cycle path. 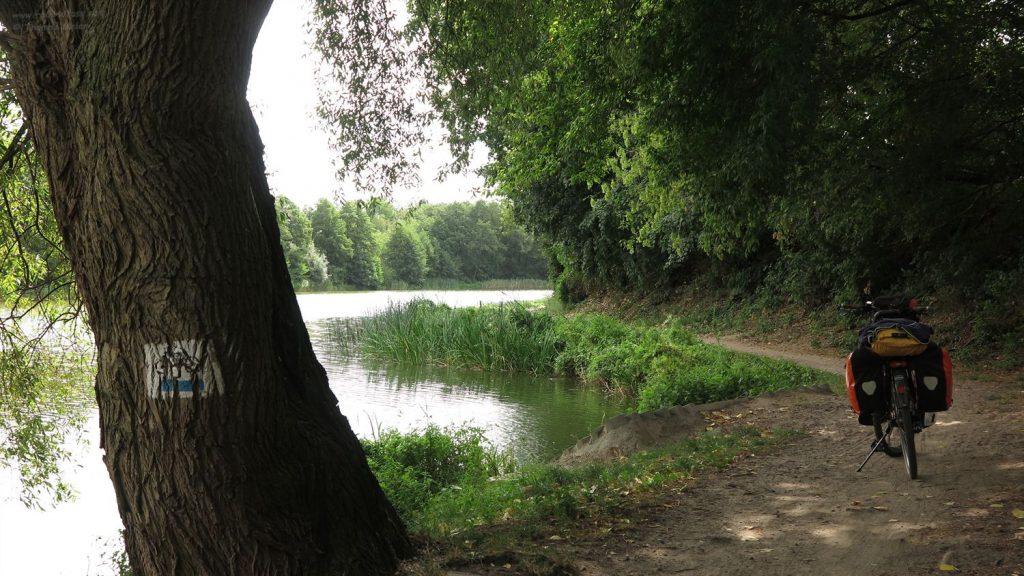 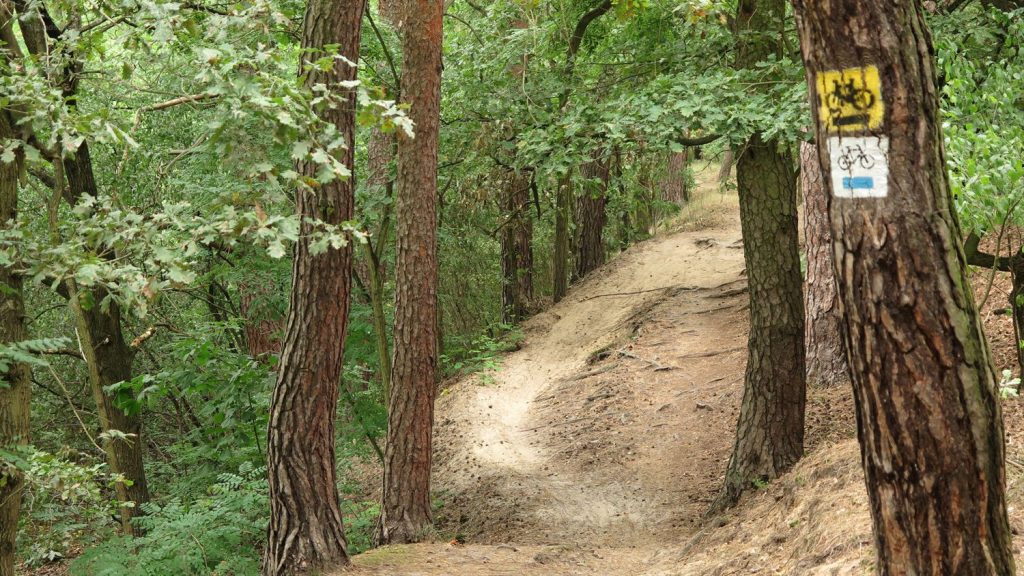 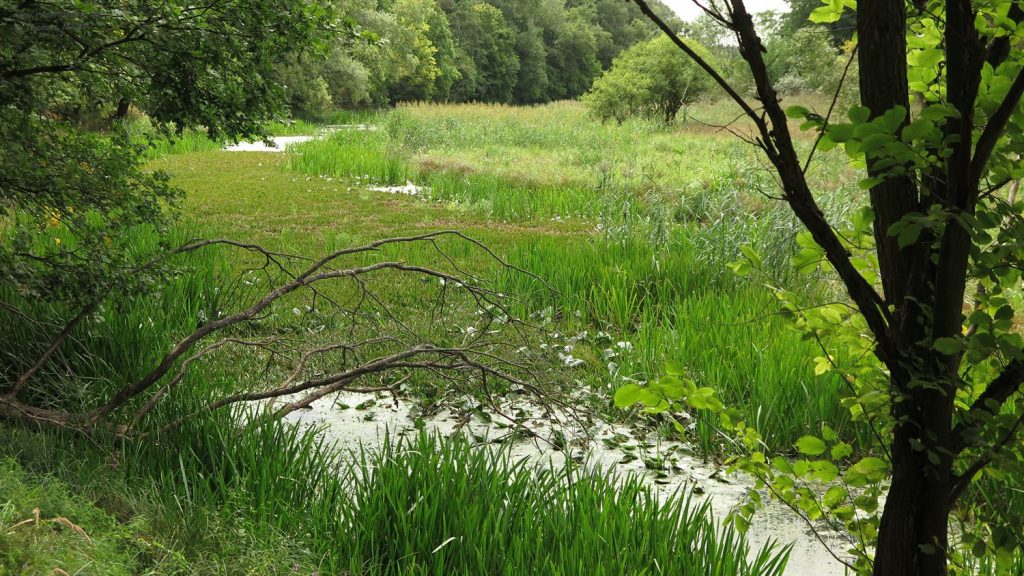 In the Wielkopolski National Park

After 11 kilometres I tried hard enough and follow the Eurovelo route again. But this is rather monotonous: fields and faceless villages alternate with pine groves. From time to time, variety is provided by an avenue of lime trees. And a bike crazy Pole who suddenly stops by me when I’m just taking a break. Unfortunately we can only exchange a few words in such a way that the other one understands them, but when he hears which route I’m taking, he really wants to take pictures of me. Maybe I’m now decorating some facebook gallery! 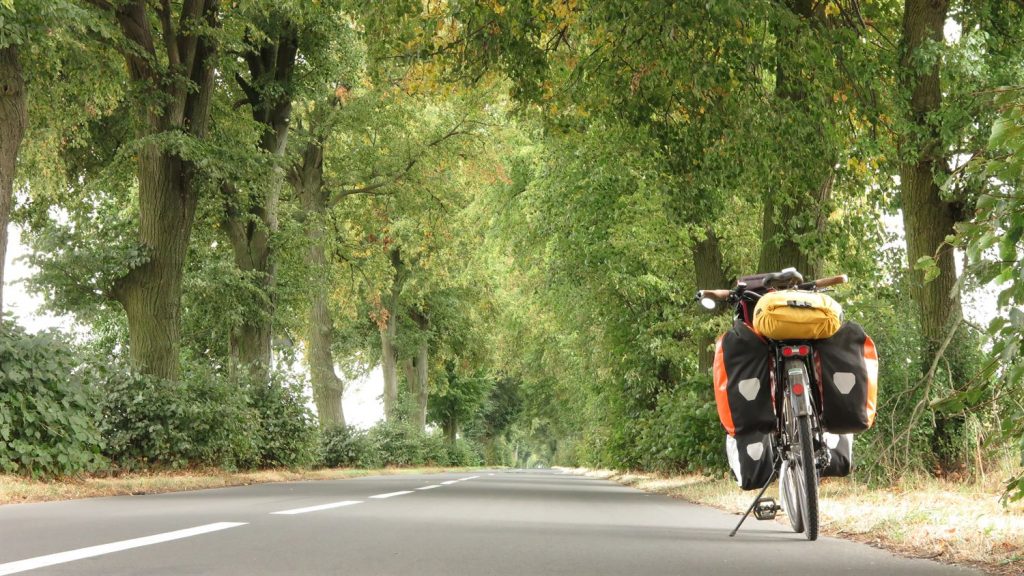 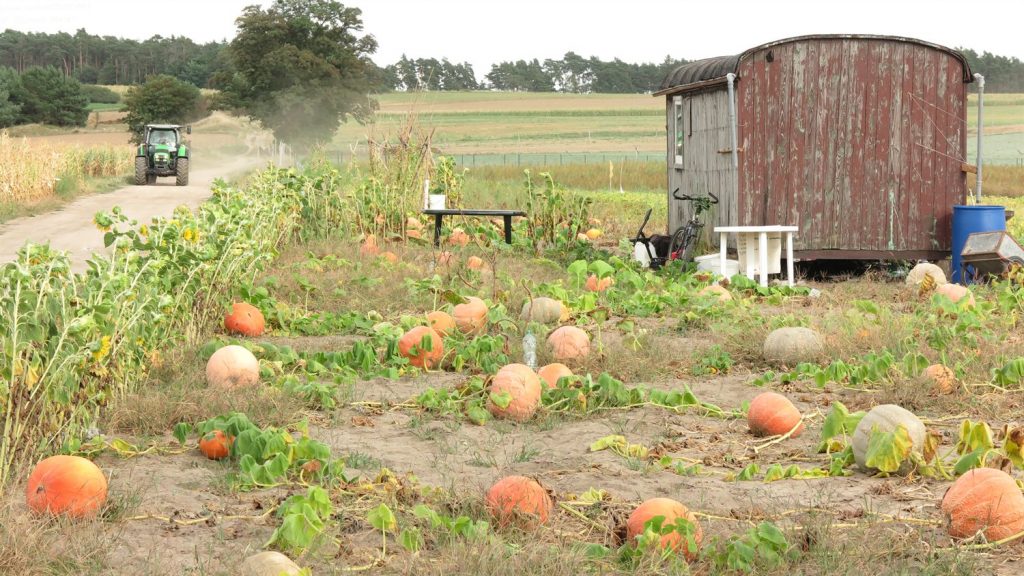 Things were going so well just now: smooth asphalted roads, a permanent tail wind as the route suddenly leaves the road and once again leads fully into the sand pit. I wish I’d gone somewhere else. No matter where, but somewhere else! But turning around is no longer an option, it could get better again. And indeed: after one and a half kilometers with several pushing distances comes asphalted road, which leads me to Gostyń. And because it went so well today and there were also some challenges and also… Nonsense, why look for reasons: I’m taking a hotel today. I just feel like it!

2 Replies to “from Poznań to Gostyń”