First of all the promised supplement to yesterday: About 10 km before the city centre a fantastic modern church building suddenly appeared on the right side of the road on a spacious square: I just had to look at that. Very bright from the outside as well as from the inside, with large realistic paintings in bold colours and sculptures in white and gold. According to Wikipedia, this is a new building from 2016 with the bulky name “Sanctuary of the Virgin Mary Star of the New Evangelization and St. John Paul II”. – you have to think about that! Inside there was just a service and the acoustics were at their best! The singing of the community was carried by a natural reverb and the organ had registries I have never heard before! Impressive! Only the heroising, large-format wall sculptures of important Polish battles on the back of the building then made me ask whether the Catholic Church had already found its way into the 21st century. 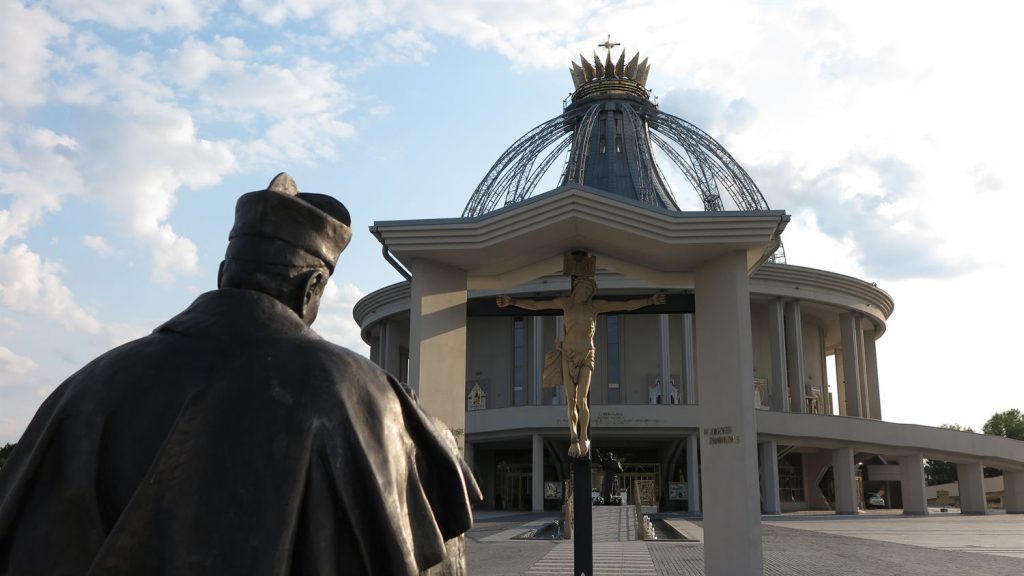 The Sanctuary of the Virgin Mary Star of the New Evangelization and St. John Paul II. 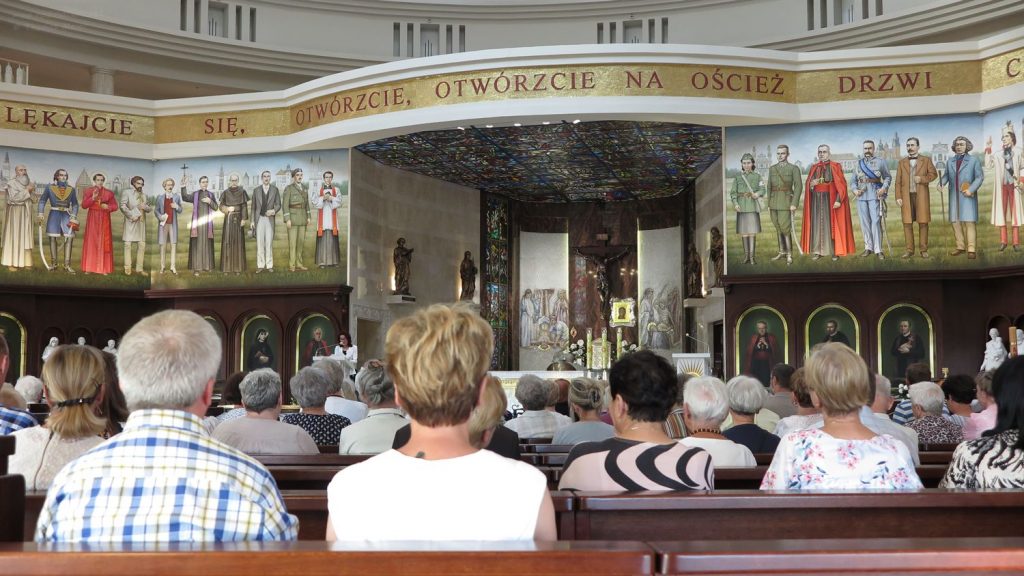 So, but now for today: Actually I wanted to go to Toruń first without luggage and then take down the tent and drive on. Now, however, the weather report says that it should rain from 10 o’clock. Ok, that means change of plan: First take down, so that I can pack the tent dry and then into the city. But what is this? The rain is sending a vanguard! It’s only 10 minutes past nine! So the tent gets wet into the bag – of Course no more rain comes afterwards! Toruń is a UNESCO World Heritage Site due to its closed medieval town ensemble. In addition, the birthplace of Nicolaus Copernicus, who in the 16th century cleared up with the geocentric world view, which was then simply dismissed as a “spinning mill”. And the “Thorner Kathrinchen” also come from here, small gingerbreads that are more suited to Christmas lights than to 25 degrees Celsius.

Some impressions from Toruń: 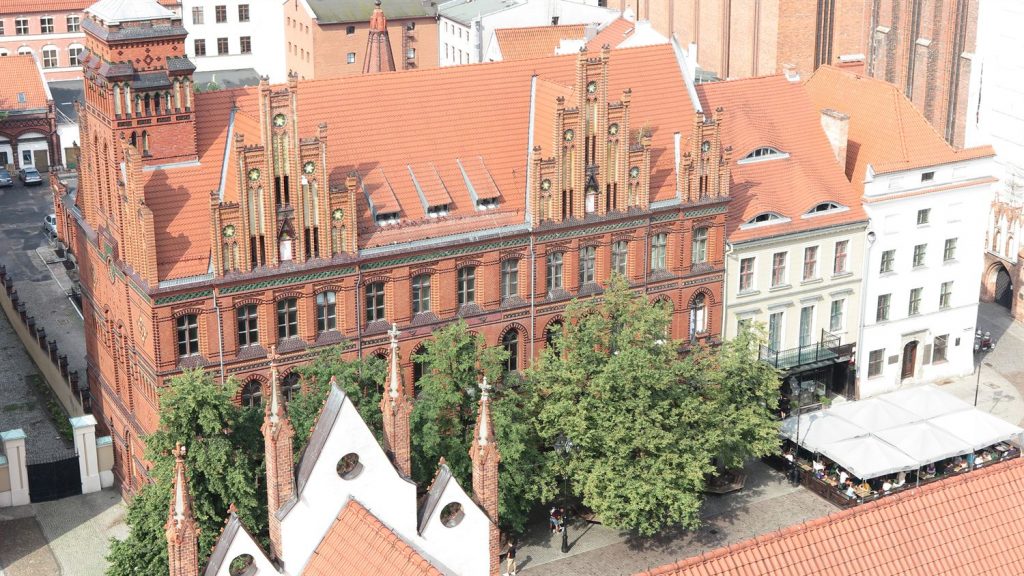 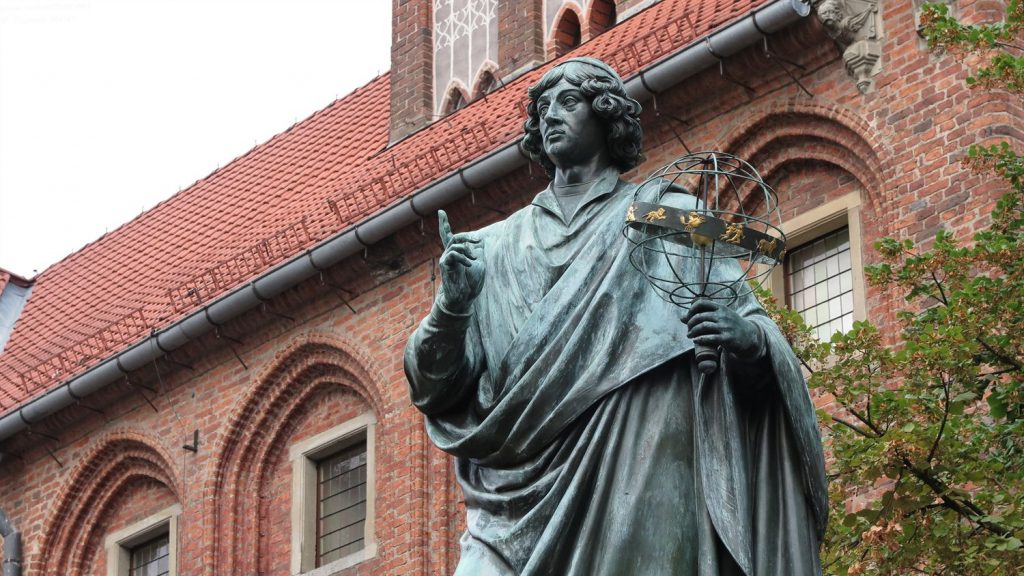 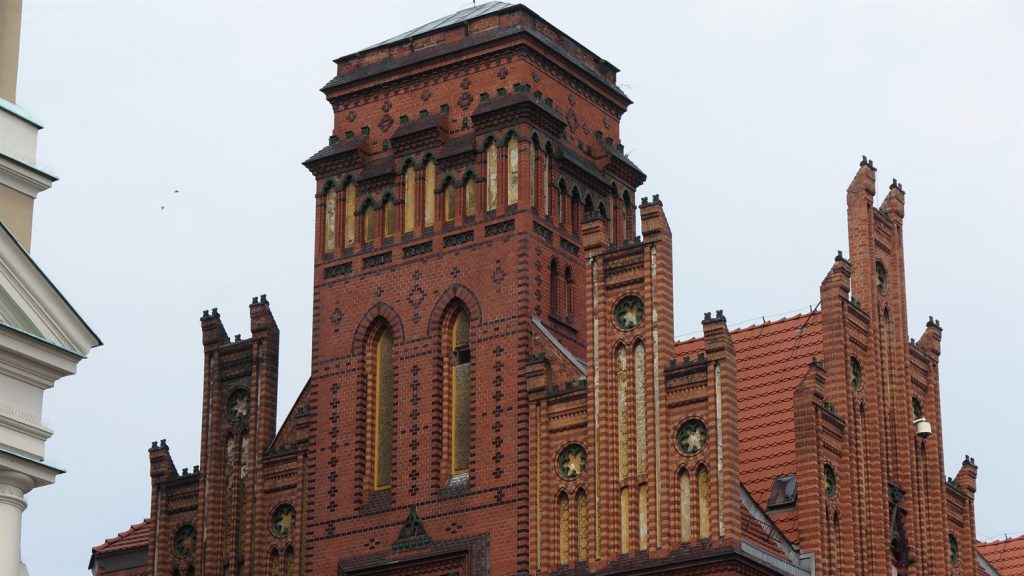 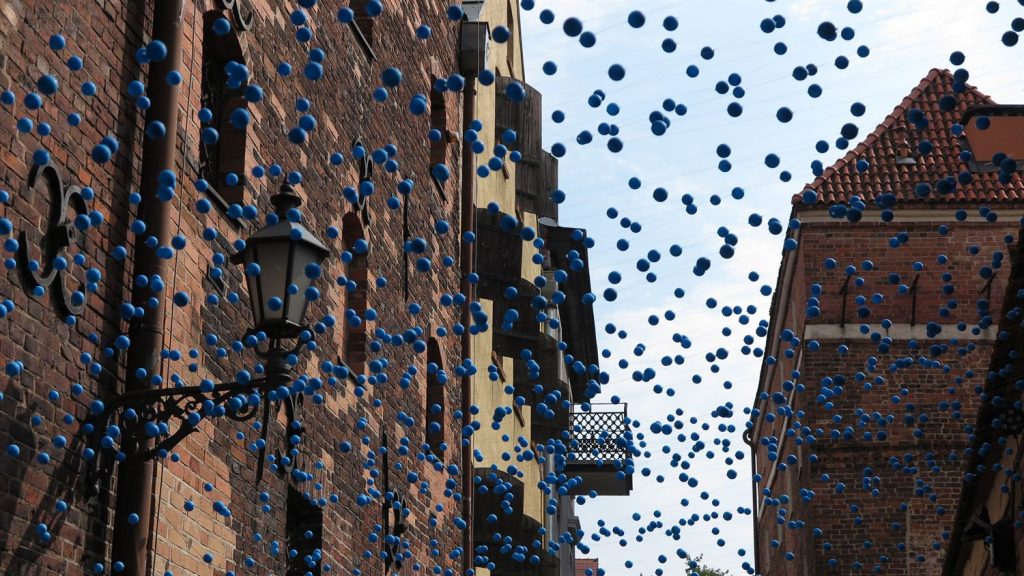 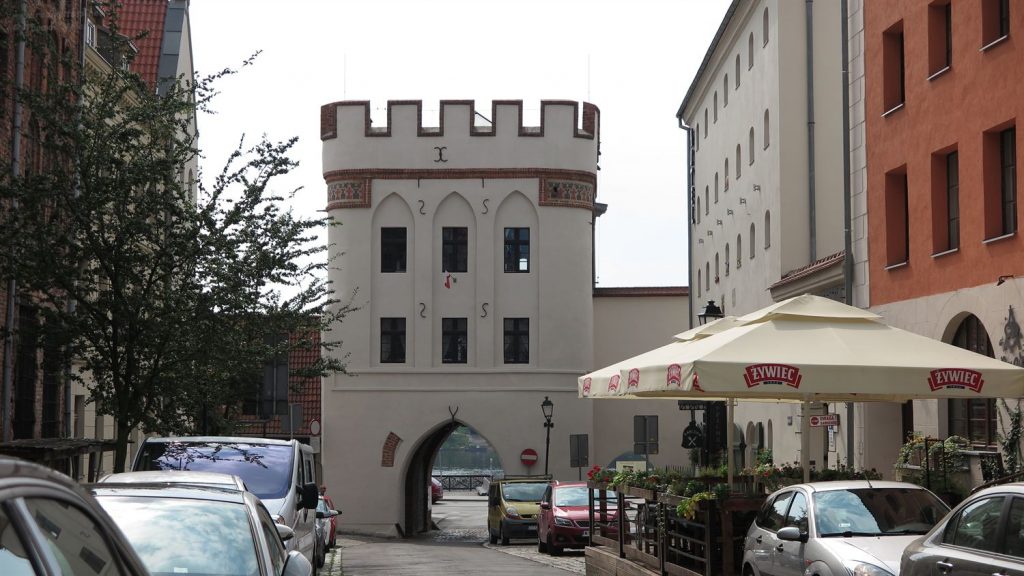 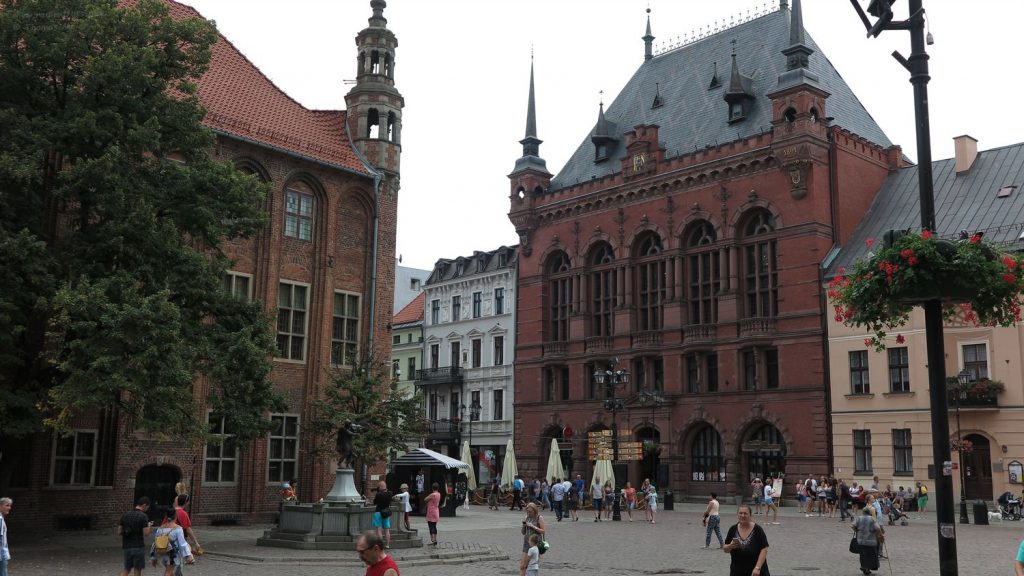 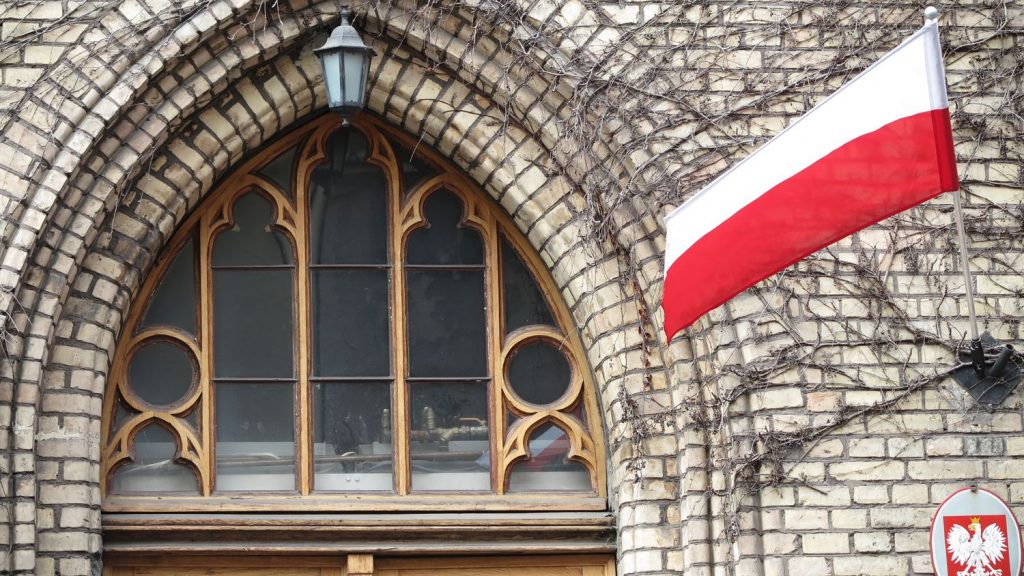 So, now I want to go directly back to the Eurovelo. Directly unfortunately also means a lot of traffic and few cycle paths. And when among hundreds of drivers there are only two, for whom cyclists and nothing are identical, it costs a lot of adrenalin and nerves. My nerves! The only thing that helps is to make the bicycle wider than it is. And so I cut myself a branch in the forest with a lot of green and put it crosswise into my luggage. Like this! It’s called self-protection. And it works! 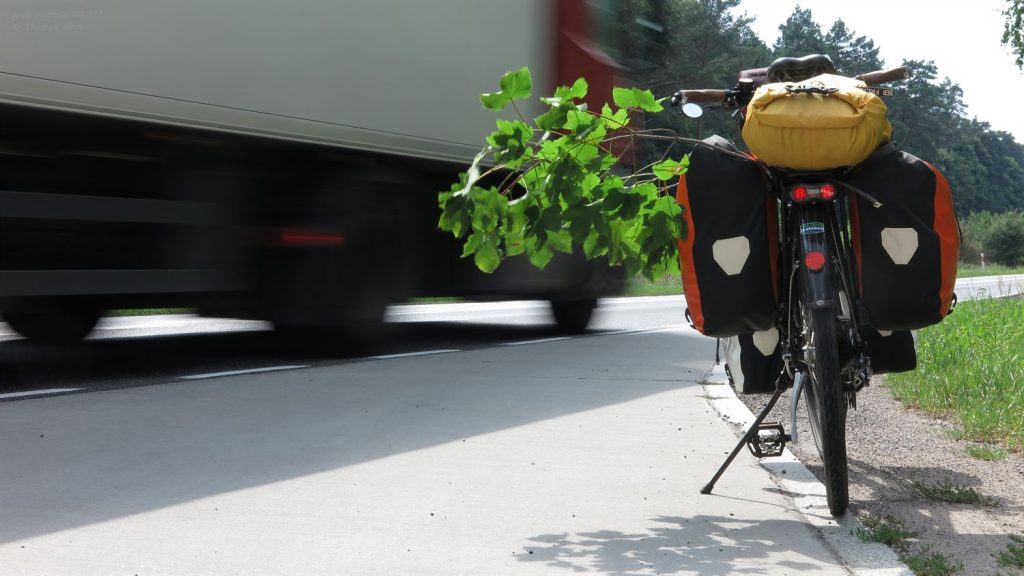 Nevertheless, the constant and loud noise of the cars is slowly enough for me. I don’t have to drive here! There are alternatives. And so I turn west in Gniewkowo to be on the EV9 again after about eight kilometres, which here is again led over side roads and relatively monotonously through unspectacular, agro-industrial landscapes. 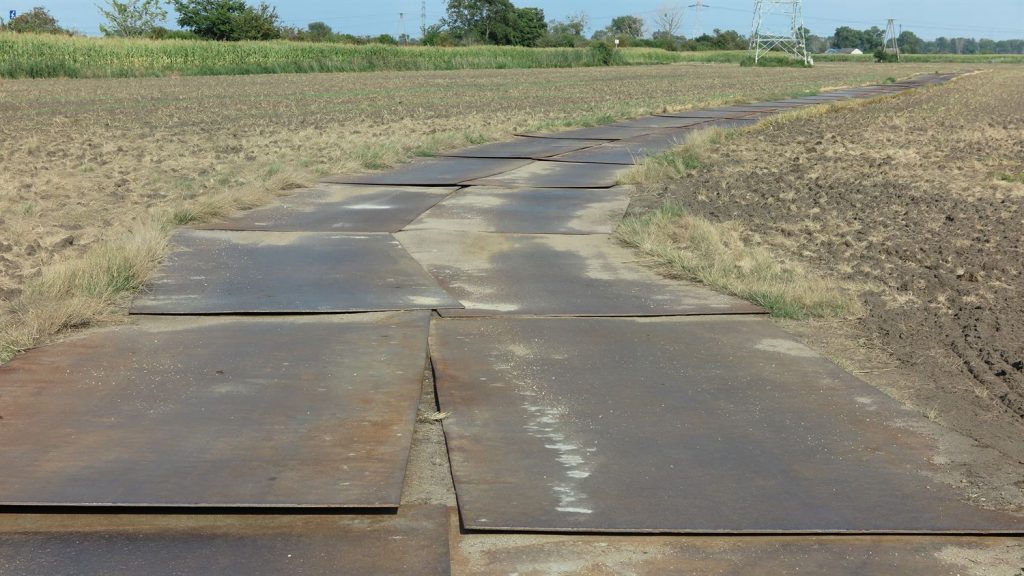 What’s this? The concrete slabs must have run out here! (luckily it wasn’t my way)

Since there is no campground nearby, I try camping wild for the first time today. At a lake, but also not too far from a few last houses of the last, not asphalted dead end in the last fields, I try my luck by using my newest achievement, a water filter, to prepare two liters of drinking water from the lake. My hustle and bustle doesn’t stay undiscovered for long, but is allowed after a short hand-and-foot conversation. I am even allowed to camp on the mowed meadow below the house! 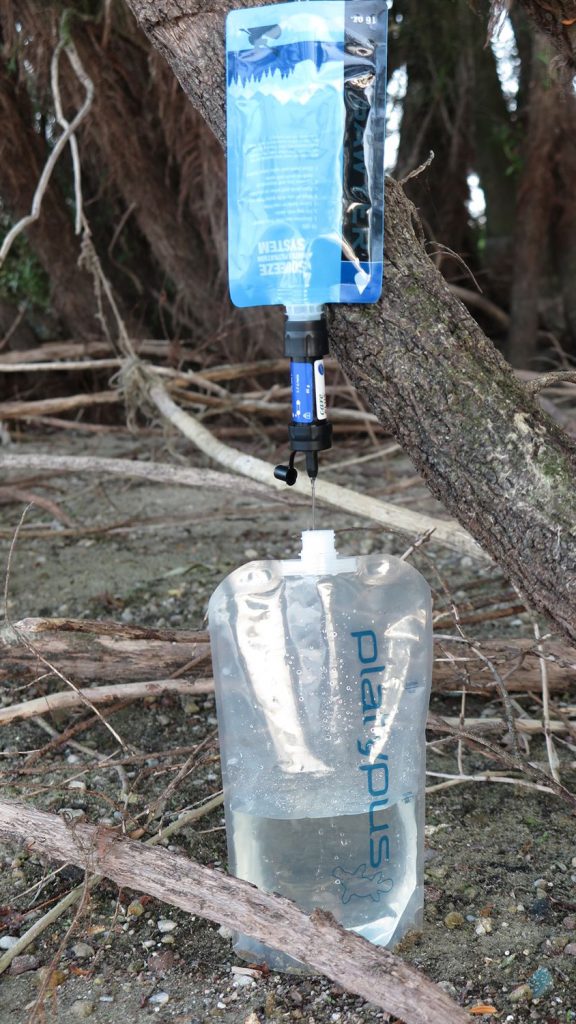 My water filter at work!

One Reply to “Toruń”