After I drove over the Wisla from Kulm yesterday, I had to cycle 3.5 km against my route to reach a camping site in Świecie / Schwetz. Actually only a slightly larger meadow with a sanitary area and a roofed seating area, but a great location directly under the castle Zamek. This is a rather imposing building, which probably also falls into the time of the Teutonic Order, but strangely enough I find nothing about it on the Internet. Not much is left inside, the roof has been replaced by a concrete roof, which is the first step to renovate the walls. 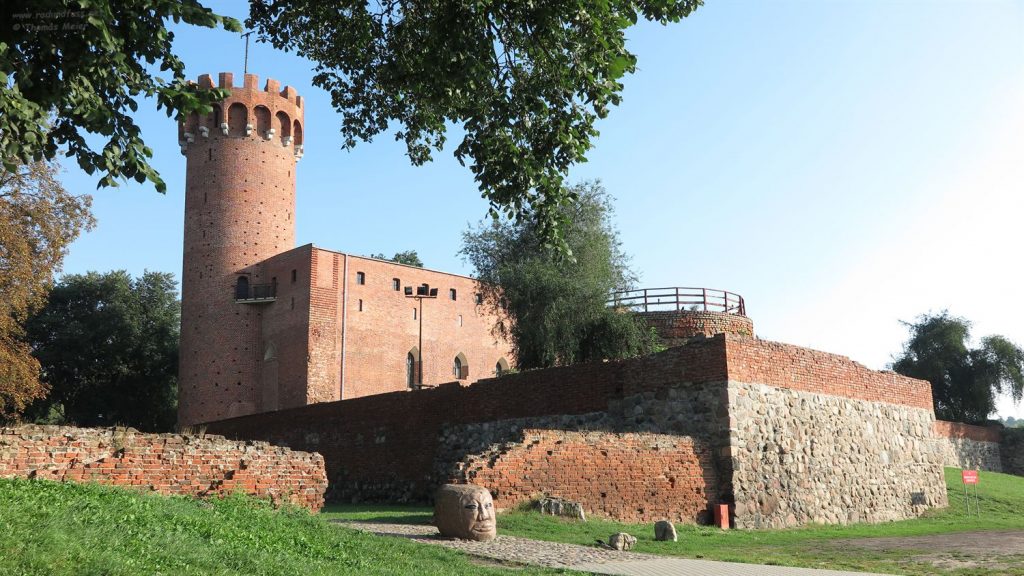 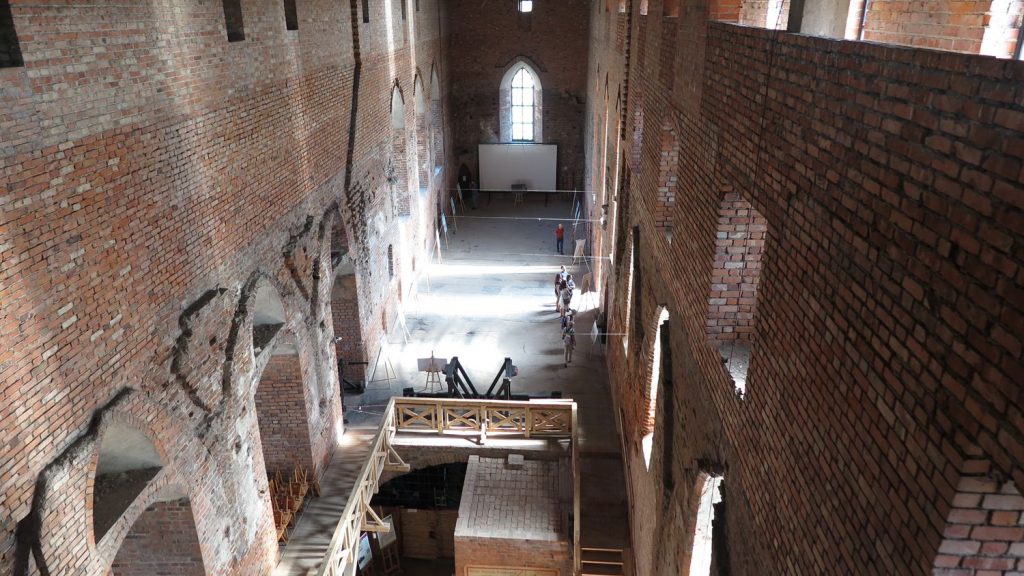 … and from the inside

Today I drive through Pomerania as I only knew it from stories so far: wide landscape, wide sky, clouds like spotted on blue canvas. Plus sun and neither excessive wind nor concrete slabs! I also come back to my Polish experience today: I come from a sklep in Gruczno and stow my groceries for lunch while a man speaks to me, who has just arrived on his old bicycle, on the carrier a large crate of fruit, which he probably picked this morning. Once again I don’t understand anything and I still say that I come from Germany. Probably because I say it in Polish, he keeps talking to me and gets a particularly beautiful pear out of his box, which he gives me. I am amazed again and can only say “Dziękuję” (thanks). 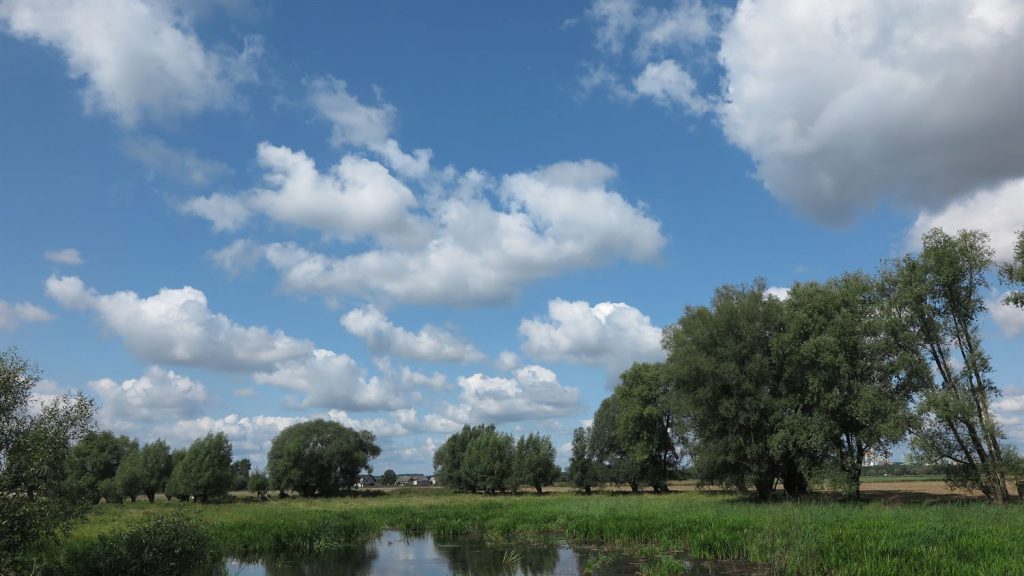 Pomerania – somewhere between Świecie and Gruczno

In Topolinek I take a break at a church. I also take a brief look inside and am struck by the baroque opulence with which this village church throws itself around. God obviously comes from Poland! 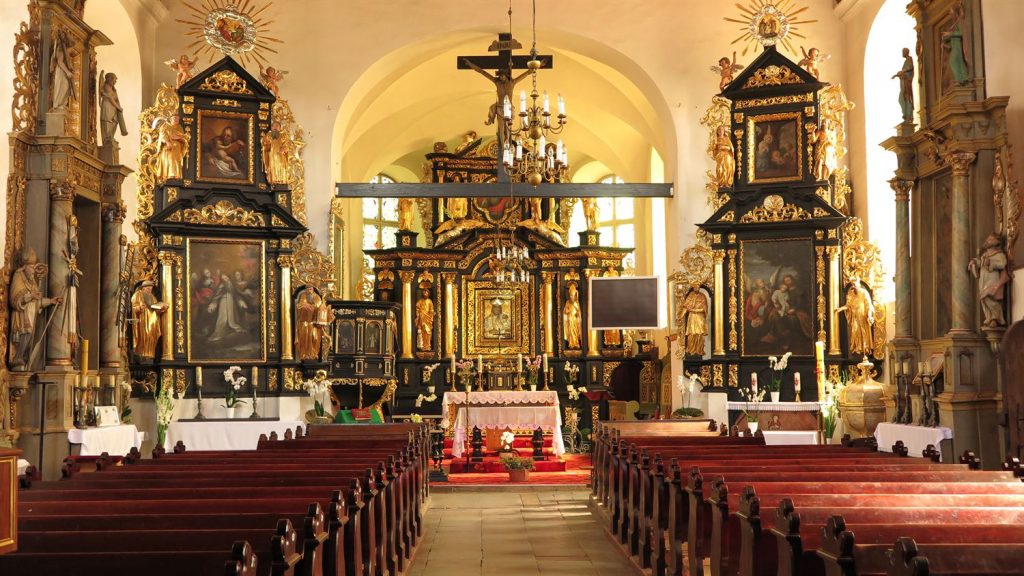 The village church in Topolinek

In the afternoon I am in Bydgoszcz, the former Bromberg. The wide arterial roads, over which I cycle on a separate cycle path towards the city, are lined with discounters and large blocks of flats, which probably date from the Soviet era, but were visually enhanced with paint and additional balconies. Since there is no camping site in Bydgoszcz, I booked myself into a hotel, which is situated in a mixture of industrial area and cheap residential area, which one forgets, however, as soon as one enters it: it becomes clean and downright solid with its red carpets on the floor and the paintings on the walls. The garden is also well maintained, with small paths and a pavilion with seating.

Since last night my left heel hurts and swells a little bit, so I prefer not to drive another four and a half kilometers into the probably worth seeing city center and rather to take care of my heel. Tomorrow the “Bydgoszcz Venice” will probably still stand and my way will lead me anyway. 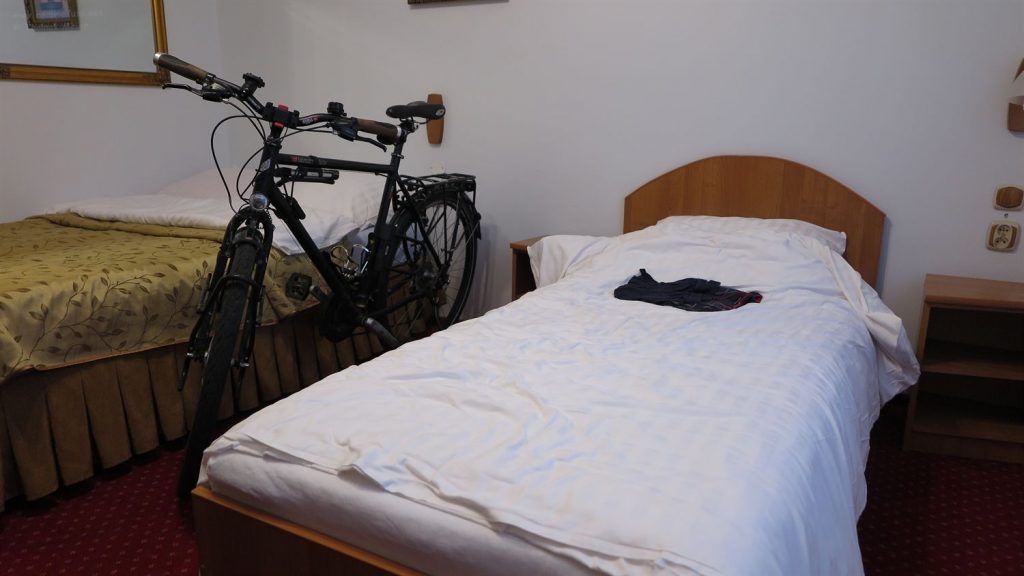 I can take my bike to my room – so I don’t have to sleep alone!

2 Replies to “Pomerania – from Schwetz to Bydgoszcz”