Whoa, what breakfast! sausage, cheese, tomatoes, cucumbers, radishes, scrambled eggs, boiled eggs in pea mayonnaise, salads, melons, cakes,… Otherwise today is Assumption Day, one of the highest holidays in Poland. And so the Pope was to be seen on the TV, which unfortunately ran in the breakfast room, however, the Polish one and without time indications or an archive note. Do they know in Poland that we’re two popes ahead by now?

Seven and a half kilometres after the opulent breakfast I have returned to the Vistula and thus to my tour. The last piece, however, on the unloved perforated plates, on which it continues for now. The large format concrete slabs without holes are no better, they shake you even more because of the height differences between the wide joints. You can’t go faster than 12, 13 km/h like that. But after two kilometres that is also over. On the left and right I now see ridges which mark the width of the Vistula valley, which is several kilometres wide here.

The Poles are very religious people. Crosses at the roadside or even more Mary altars decorated with colorful ribbons can be seen all the time. Even if the houses sometimes look a bit run-down, the churches are not, even in the smallest villages. But a lot of work is being done to make today a holiday: houses are being plastered and boards sawn, even the shops are open – at least the little “Skleps”, something like our “corner shops”. 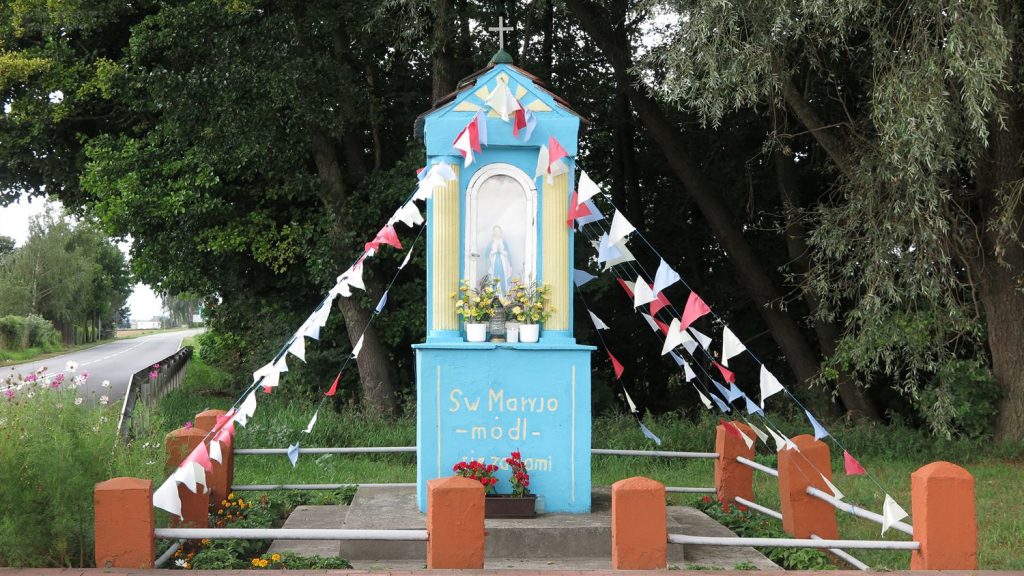 Mary’s altar at the roadside 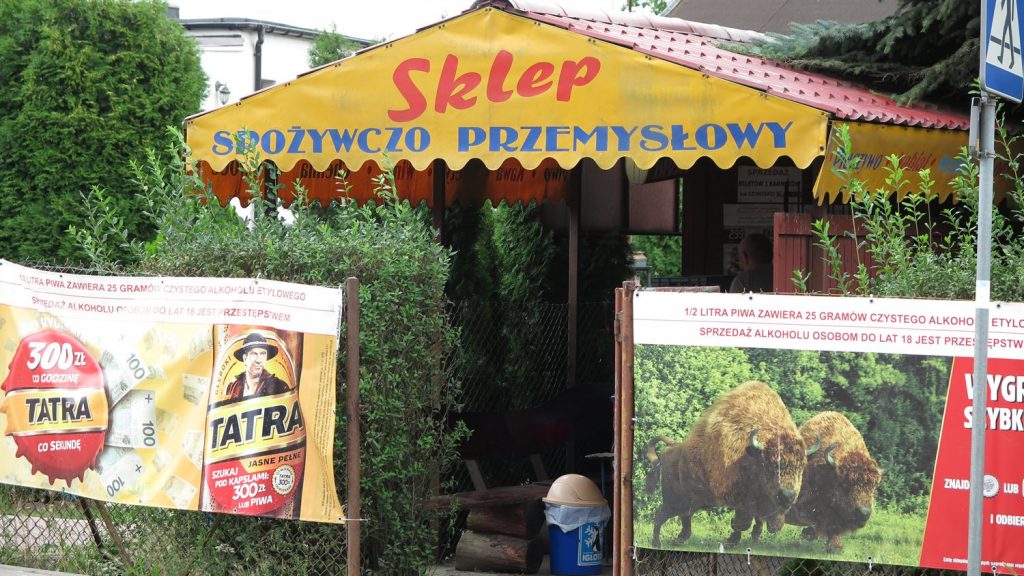 a corner shop in Polish

Meanwhile the concrete slabs have disappeared, I only drive on small asphalted roads – great! When I stop, all you hear is the sound of the wind in the trees. Instead, I keep seeing swarms of stars and sparrows, occasionally goldfinches and swallows, which, when they are not hunting insects, gather on the lines that shimmy from mast to mast. The terrain is getting hilly. On very smooth asphalt I cycle up a mountain – against the wind – and behind it down again. The speedometer needle dashes to over 40 km/h, when in a turnoff again the old porous asphalt takes over the regency. Shit, just when things are going well, I have to brake!

In Grudziądz/ Graudens I have a lunch break. From the city it goes over a multi-lane arterial road, although on a separate cycle path, but it is still loud and beautiful is different. I think the EV9 route can still be significantly optimized here, especially since my sat nav also shows cycle paths along the Vistula. Also my enemy, the wind attacks frontally again. But seven kilometres behind the city I finally get back on smaller roads and another kilometre further on to the Vistula. Now we cycle for miles along the country road, through grassland, fields, small forests and again and again settlements, which look as if a city will soon come, but which is a long time coming – all rather unspectacular. 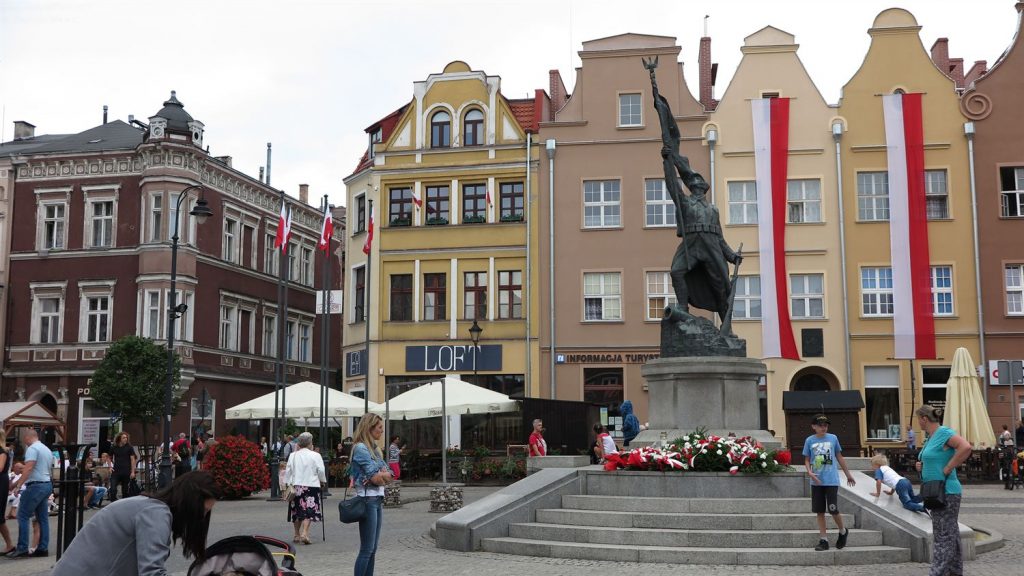 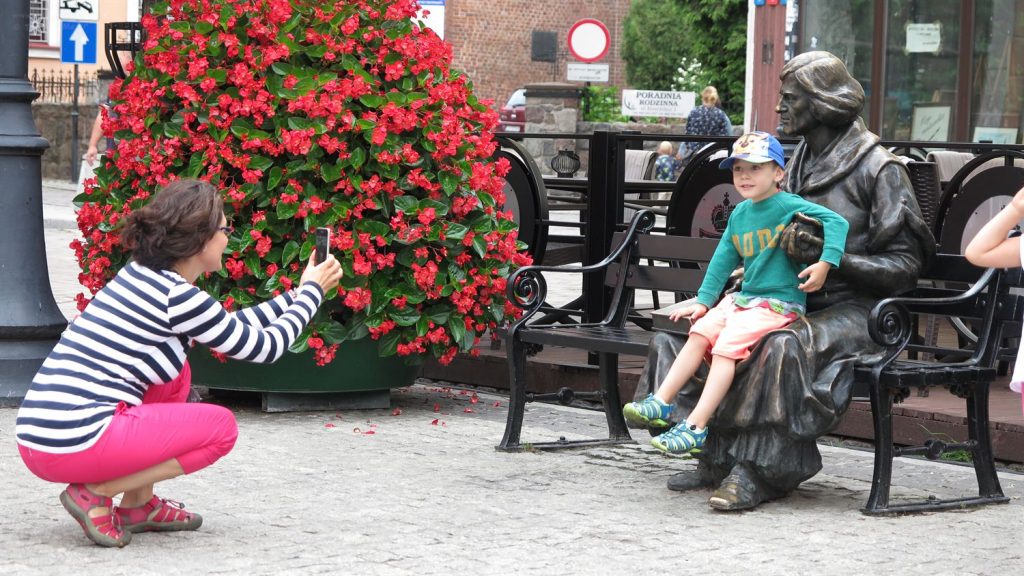 Nikolaus Kopernikus is often used as a photo partner

Before Chelmno / Kulm the Eurovelo turns over the Vistula. But I want to take a look inside Kulm. Here the “Culmer Ruthe” is attached to the town hall, a 4.35 m long iron rod, which was a kind of “master meter” – at least for the “Deutschorden”. But why did the city founders of the Middle Ages had the bad habit of building their cities on hills, especially since Kulm as a Hanseatic city was dependent on access to the Vistula! But I’m already sweaty anyway, it doesn’t depend on the climb any more. 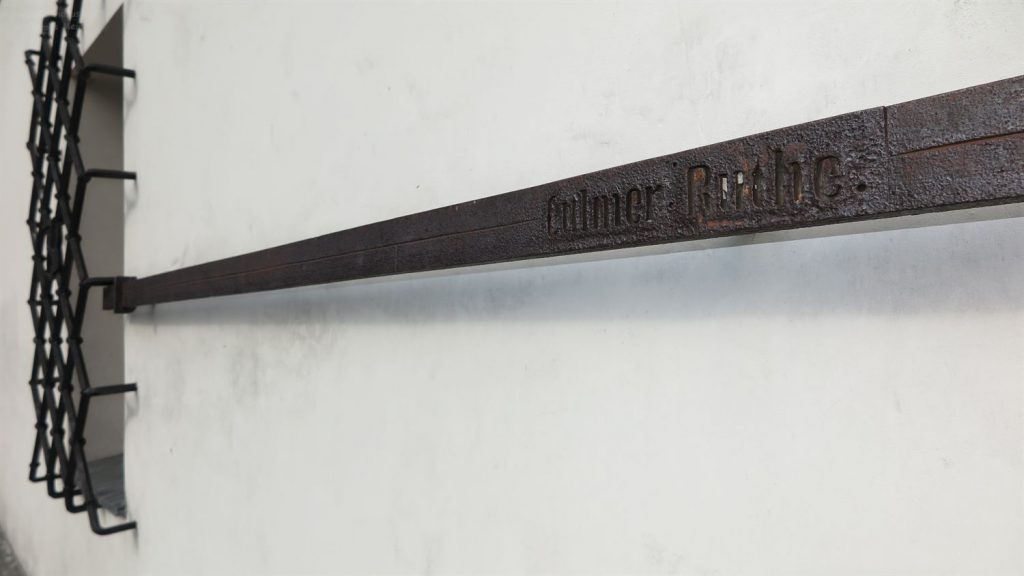 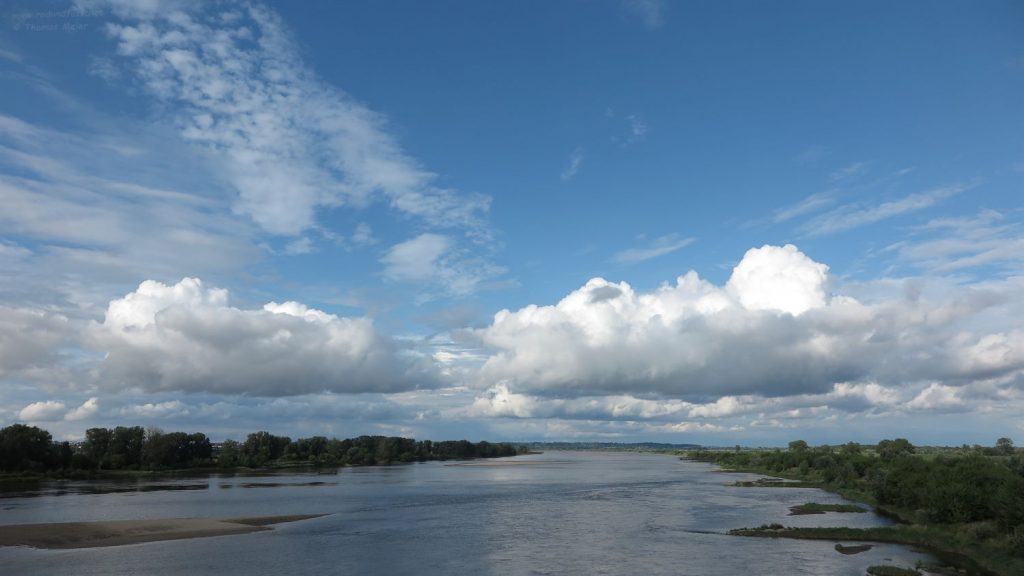 Oh yes, to return to the initial question: it makes as much sense as choosing between no beer and no wine!