It is strange what one sometimes associates with certain names or places. Gdansk – my parents used to have a bottle with a clear liquid in the fridge, in which golden flicker floated. When I was alone in the house, I just had to try it, even if it was ” not for children “. It tasted deliciously sweet! – “Danziger Goldwasser” is a spice liqueur with 22 carat gold leaves (!), which used to be the conclusion of a classic Gdansk meal.

I take a day and a half to visit Gdansk. Today, the “classic” Gdansk is on my visiting programme, i.e. walking up and down the old town, which is somewhat difficult because it is Sunday, because the sun shines and also because “water games” take place in the city today. Anyway, there’s hardly any getting through! Nevertheless, the old town, which was rebuilt in its historical appearance after considerable war damage, is absolutely worth seeing. So I walk through the Green Gate, which separates the city from the harbour river Motława, past the Artushof and Neptune Fountain, climb 277 steps to the tower of the town hall, from which one has a beautiful view over the city and to the shipyards, walk over Lange Gasse and Langer Markt and visit the Amber Museum, finally the EuroVelo 9 follows an old trade route, on which the amber found and processed on the Gdansk coast reached northern Italy. The museum shows on several floors the natural amber and the inclusions of plants and animals (mostly insects) as well as the jewellery and utensils made of it. I was especially taken with a Stratocaster with an amber body!

Here are some impressions from Gdansk: 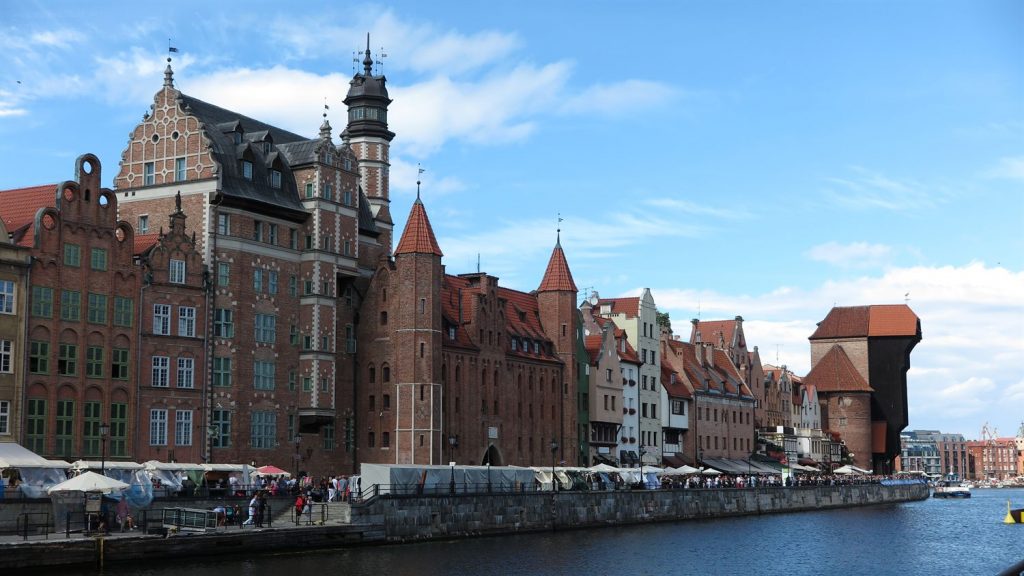 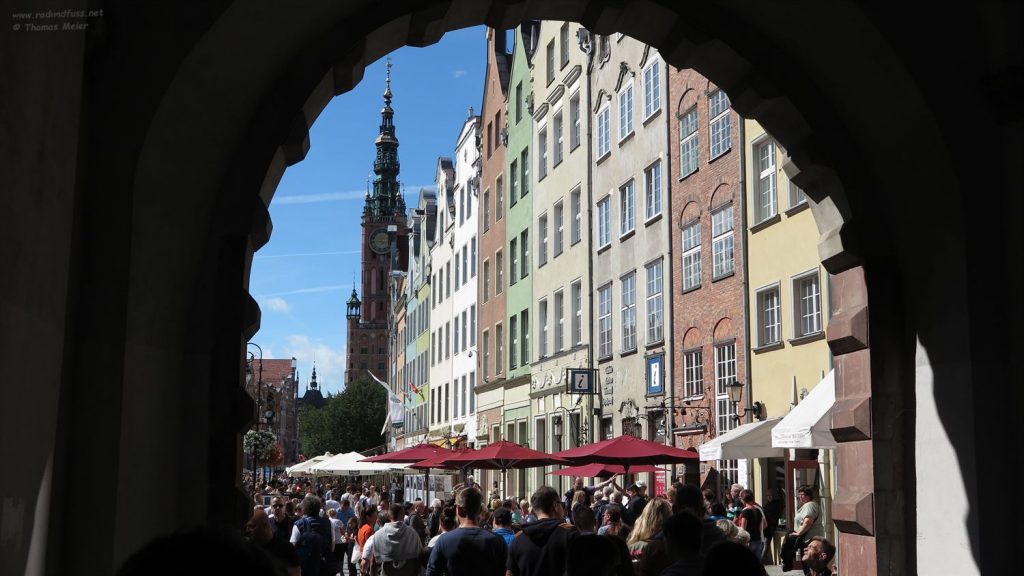 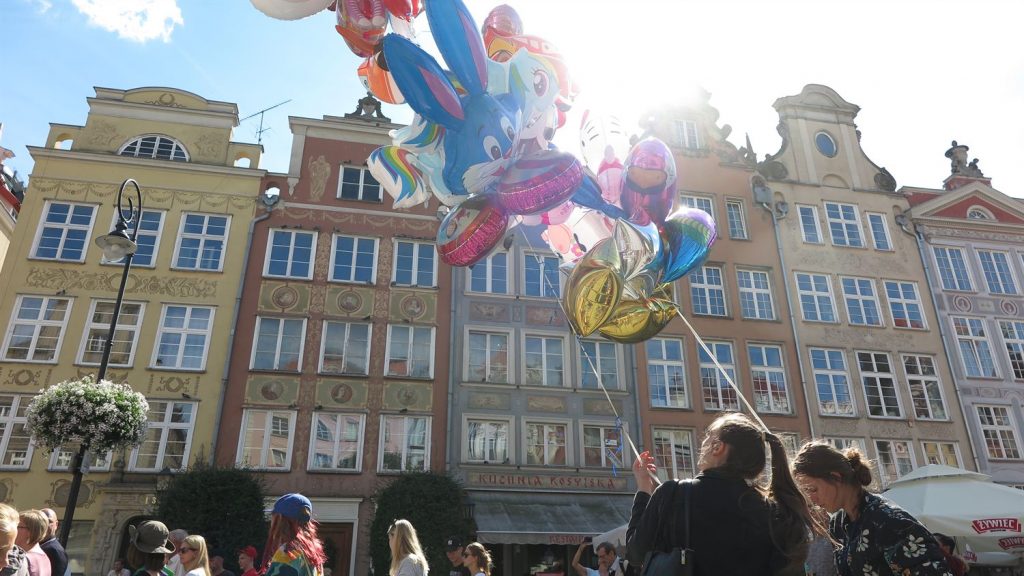 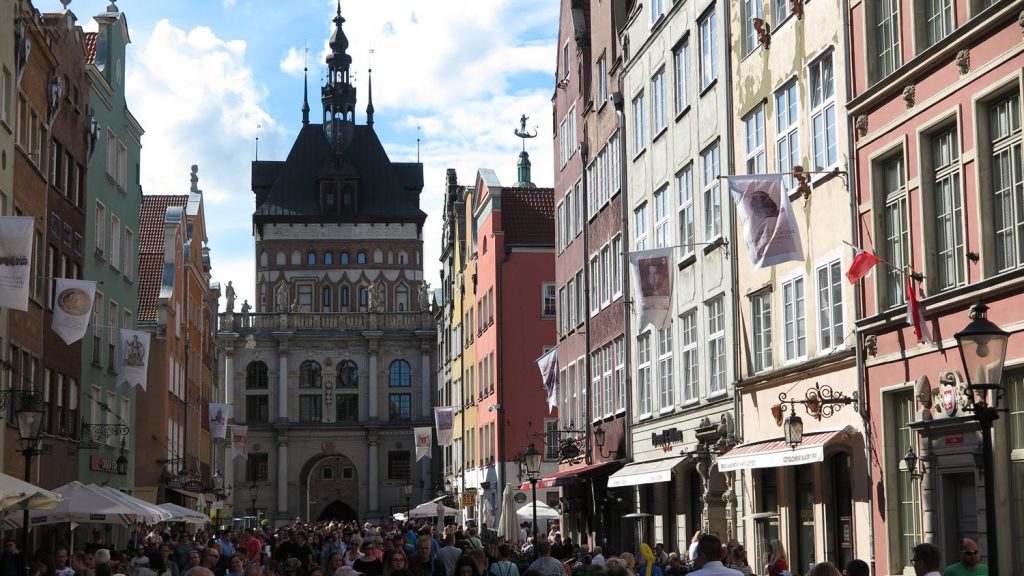 … and from the amber Museum: 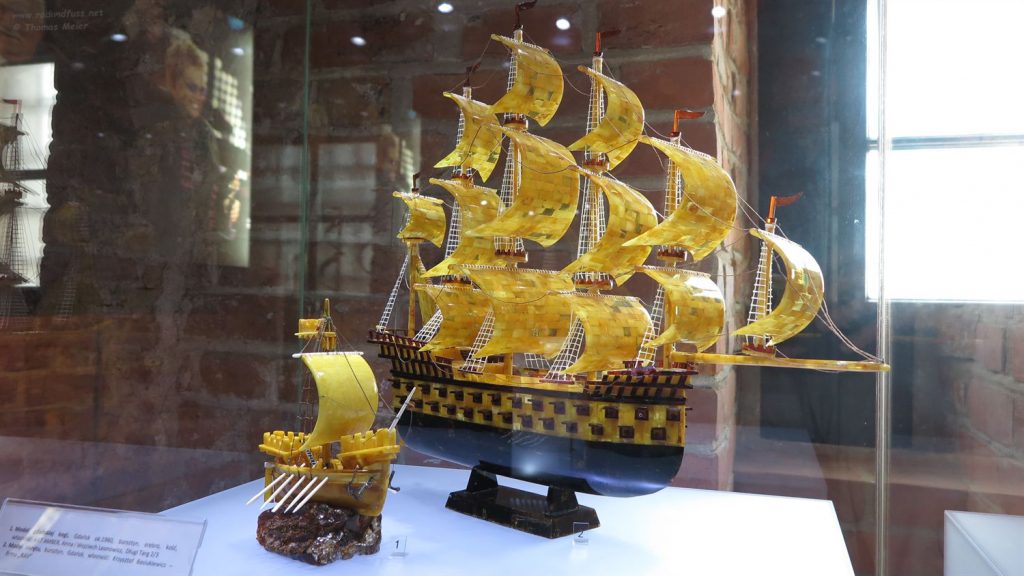 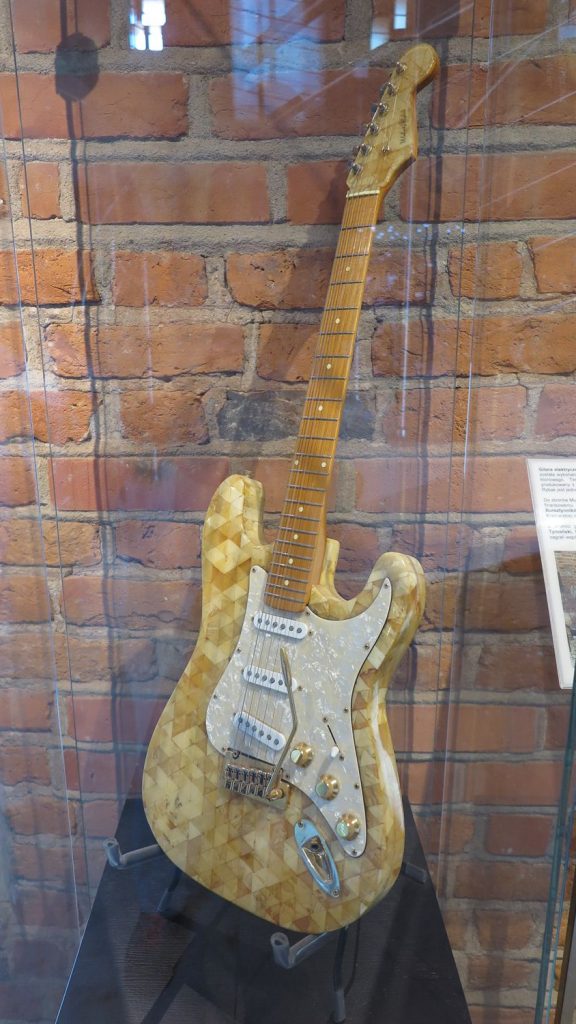 … and at last from the “water games”: 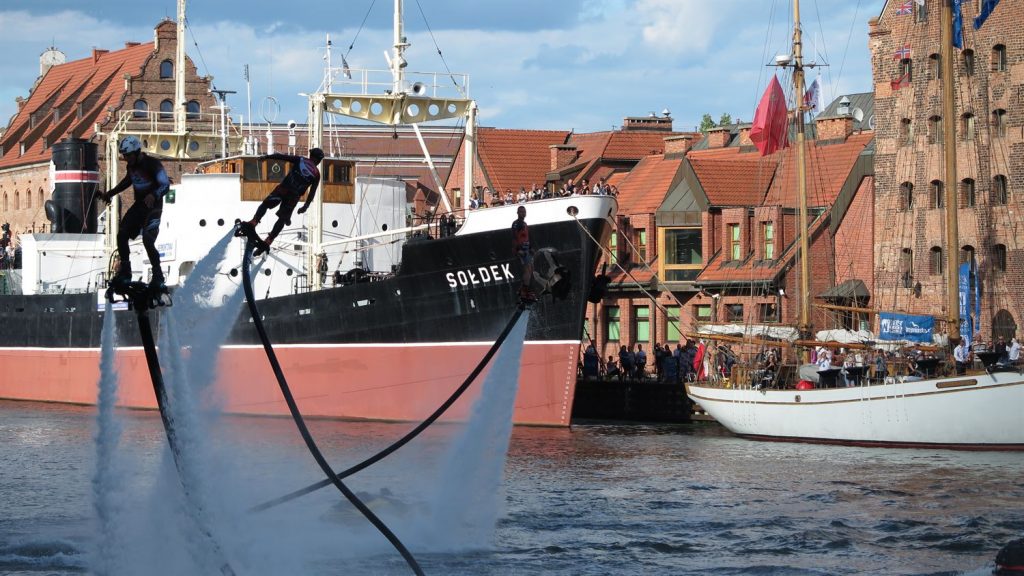 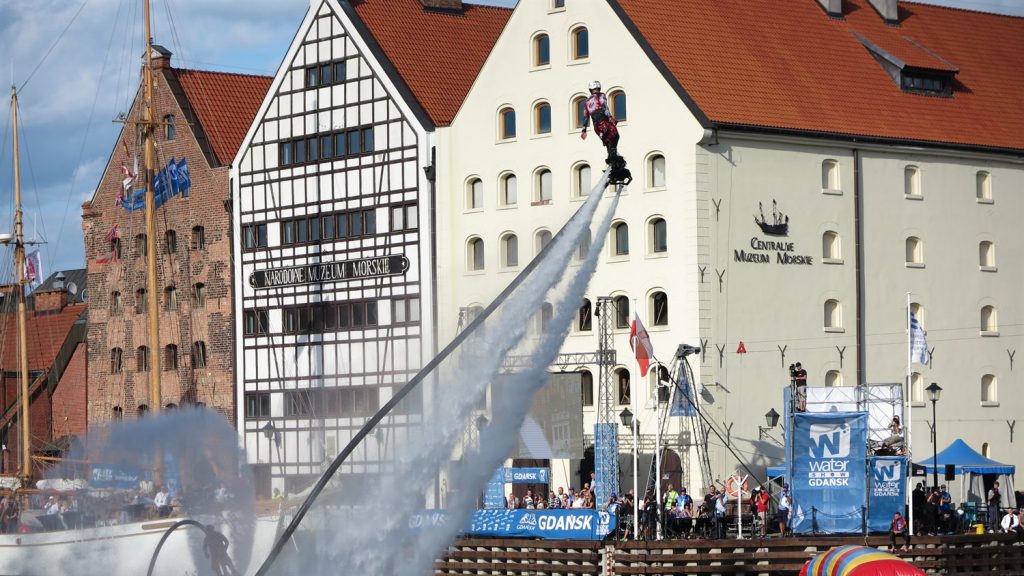 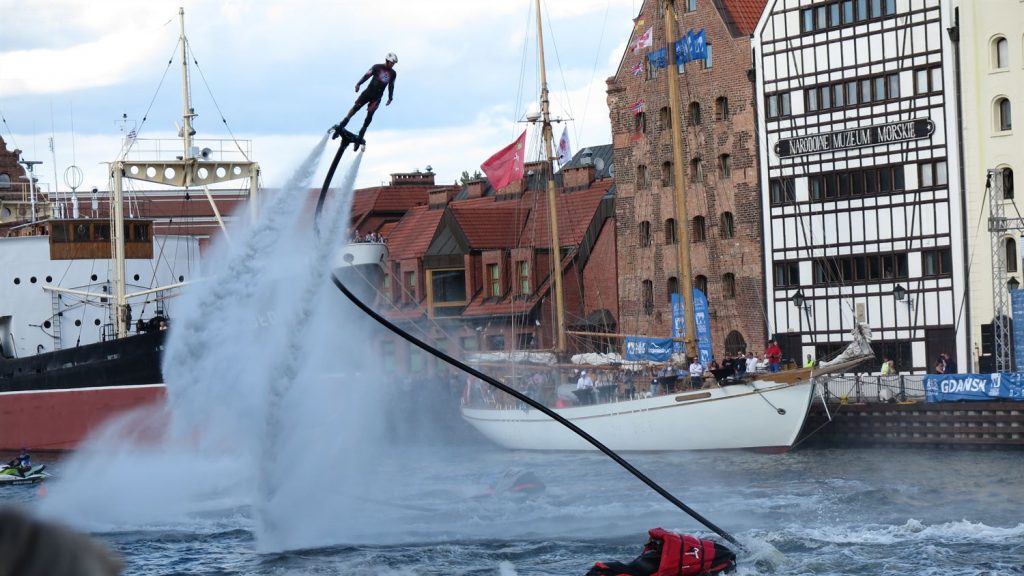 One Reply to “Gdansk”