EuroVelos are pan-European cycling routes whose project planning and implementation is coordinated by the ECF (European Cyclists Federation), the umbrella organisation of national cycling organisations. There are currently 15 routes which, for example, run in a north-south direction or from west to east or around the Baltic Sea. An up-to-date overview including routes, descriptions and planning status can be found at EuroVelo.com. The routes are to be largely completed by 2020.

Conversely, this means that most of them are still incomplete. The EuroVelo 9 is one of them. That I chose it anyway is simply because it is the shortest of all EuroVelos with a length of around 2,000 km. And yet it’s still a challenge. In addition, it connects the Baltic Sea with the Mediterranean Sea and thus follows an old amber trade route. On its way through Poland, the Czech Republic, Austria, Slovenia and Croatia there are interesting cities such as Gdansk, Wroclaw, Vienna, Maribor and Ljubljana, landscapes such as Pomerania, South Moravia, the Weinviertel, Styria and the foothills of the Slovenian Alps and numerous nature reserves and UNESCO world heritage sites.

Only in Croatia I will not follow the planned route, as the coastal road currently follows the busy Istrian road, but instead will switch to the Parenzana, a former railway line that runs through the beautiful countryside. 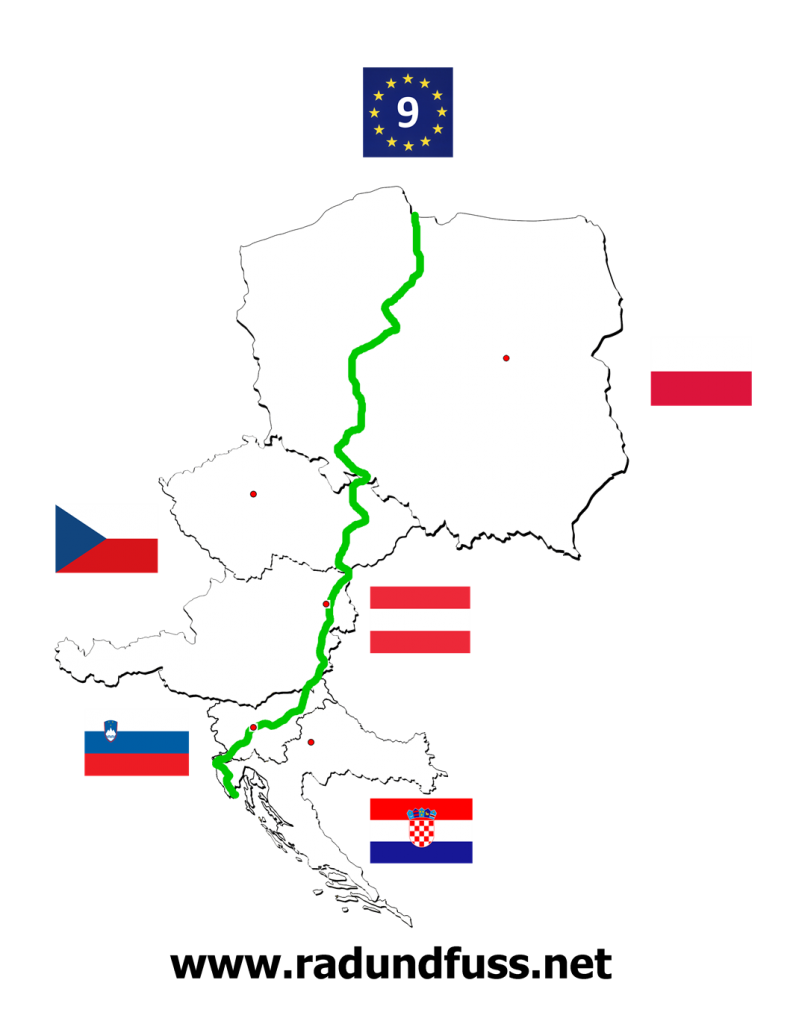 So far the plan!